Shifting to alternative livelihood will not only ensure a better future for local farmers, but will also be consistent with the Philippines’ international obligation under the World Health Organization Framework Convention on Tobacco Control (WHO FCTC). Articles 17 and 18 of the FCTC obliges Parties to to provide farmers with economically sustainable alternatives to tobacco farming and to safeguard the health of workers and the environment from the negative effects of tobacco farming. 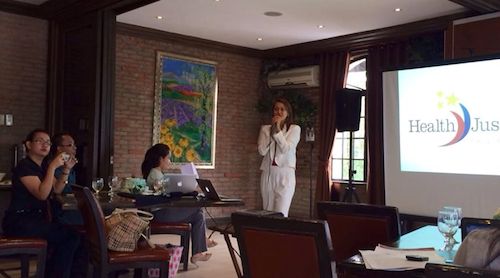 The majority of profits from tobacco farming go to leaf buying companies and cigarette manufacturers, while many farmers and farm workers find themselves poor and in debt.

Historically, the tobacco industry has exploited farmers in the Philippines and around by the world by encouraging them to cultivate tobacco leaves and then intentionally keeping prices too low to be profitable. These low prices undermine farmers’ bargaining power, causing them to fall into a cycle of debt that perpetuates poverty. 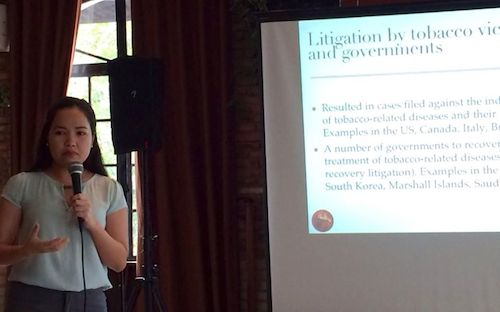 protect against public health. Internal industry documents reveal that International Tobacco Growers Association (ITGA) was a public relations vehicle created by the industry in the 1980s to front its lobbying against international tobacco control initiatives.

It is no secret that tobacco companies exert support from various tobacco growers and their labor unions to oppose any form of regulation that may weaken the production, sale, and distribution of tobacco products. In the Philippines, one of the most active groups that lobby against tobacco control laws is the Philippine Tobacco Growers Association (PTGA). PTGA is a member of ITGA.

Over 17 million Filipino adults today smoke, resulting to an estimated 10 Filipinos dying every hour of tobacco-related diseases. Millions of families fall deeper into poverty with their meager resources spent on cigarette addiction rather than food.

The call to protect the welfare of farmers comes ahead of the global conference on tobacco control on October 13-18, 2014 in Moscow (Sixth Session of the Conference of the Parties to the Framework Convention on Tobacco Control or COP6). Countries that ratified the WHO FCTC will convene to work on a global strategy to safeguard public health and advance life-saving tobacco control measures.

HealthJustice and SEATCA are calling on the country’s policymakers to ensure that the protection of the health and welfare of Filipinos, not the business and commercial interests of the tobacco companies, remains at the forefront and the paramount consideration as they discuss life-saving measures at the global conference.