Skip to content
Smoking in PH to remain high as youth users replace adults
February 11, 2015:  The Philippines will continue to be Southeast Asia’s second largest tobacco consumers if young Filipinos are not stopped from smoking, warns the New Vois Association of the Philippines (NVAP).
“Over the years we have seen how tobacco companies increase their presence in Southeast Asia as it becomes more difficult for them to market their products in high-income regions. A big part of their strategy is to target the youth as replacement smokers for adults who fall ill and die of this habit,” said NVAP President Emer Rojas. 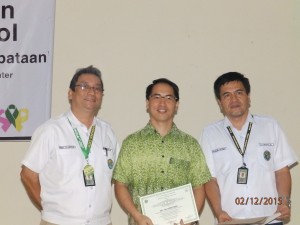 According to the Global Youth Tobacco Survey (GYTS), more than one in four Filipino children aged 13-15 are smokers. Among those in this age group who smoke, 17.5 percent are girls and 28.3 percent are boys.
This does not include children of this age group who are exposed to secondhand smoke either at home or in public places.
It is estimated that 55 percent of Filipino youth are exposed to secondhand smoke at home while 65 percent get it in public places.
Rojas said the ASEAN is an important market to tobacco companies as 10 percent of the world’s 1.25 billion adult smokers are in this region.
The Philippines is the second largest tobacco consumer in the ASEAN next to Indonesia with 17.3 million Filipino adults smoking. It is believed that majority of them have started the vice at a young age.
Last year, the NVAP campaigned against the “Be Marlboro” advertisement, a $7 million marketing strategy by Philip Morris International aimed at targeting young people.
Ten Filipinos die every hour due to smoking, the single most preventable risk factor for cancer and other non-communicable diseases. 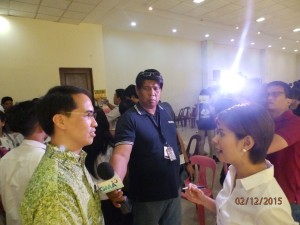 “If we want to slow down smoking we must arm the youth with information and establish strong tobacco control systems that will protect them from taking up this deadly habit,” said Rojas.
NVAP will hold a youth forum on February 12 at the 2nd floor of the Marikina Convention Center from 9am-12nn to discuss the effect of smoking among young Filipinos.
The forum aims to increase the capacity of young people on current tobacco control laws and smoke-free initiatives.
Around 500 youth delegates are expected to attend the forum with Dr. Yul Dorotheo, project director of the Southeast Asia Tobacco Control Alliance, as guest speaker.
NVAP supports the “Kick Butt Day,” a global initiative by the Campaign for Tobacco Free Kids which encourages young people to speak against smoking.
References:
Cher Jimenez
Email: cher_jimenez@yahoo.com
Emer Rojas
Mobile: 09174925765
Email: notoyosi@yahoo.com