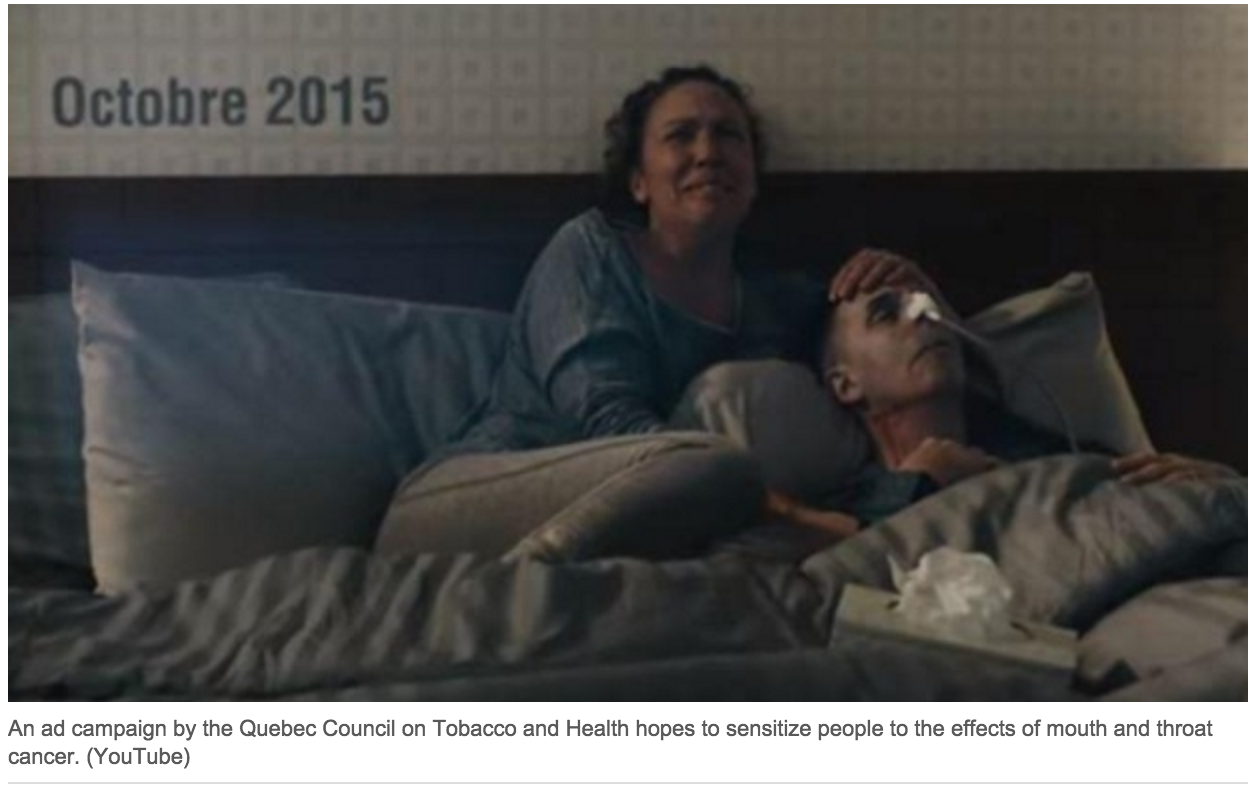 For this year’s Quebec Tobacco-Free Week, advocates are focusing on a lesser-known consequence of smoking: throat and mouth cancer.

The Quebec Council on Tobacco and Health says throat and mouth account for about 10 per cent of all cancers in the province.

“They know that smoking causes lung cancer. People know this,” said Dr. Alex Mlynarek, a surgeon and McGill University professor who specializes in cancers of the head and neck.

“A lot of people don’t realize that smoking does cause other cancers that not just kill them, but really change their life completely.”

Doctors say those who suffer from these cancers can have trouble eating, speaking, and their facial appearance may change.

Doctors say cigarettes are to blame for as many as 70 to 80 per cent of throat and mouth cancer cases.

The other cases are caused by the HPV virus, but when tobacco is the culprit, the cancer is more aggressive and treatment is less effective in saving a patient’s life, Mlynarek says.

To raise awareness, this year’s Quebec tobacco-free week has released a series of video testimonies under the slogan 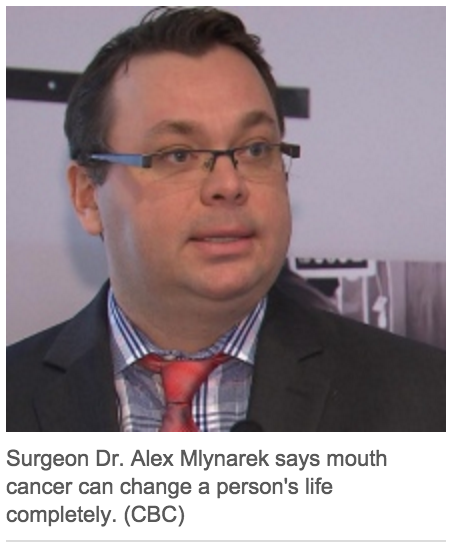 “It may shock some people,” said Mario Bujold, executive director of the Quebec Council for Tobacco and Health, “but that’s the reality for many smokers.”

On the question of e-cigarettes and marijuana, doctors say their are no studies exploring their possible link to throat and mouth cancers.

Though it’s too soon to tell for sure, doctors say if it was them, they wouldn’t take any chances.