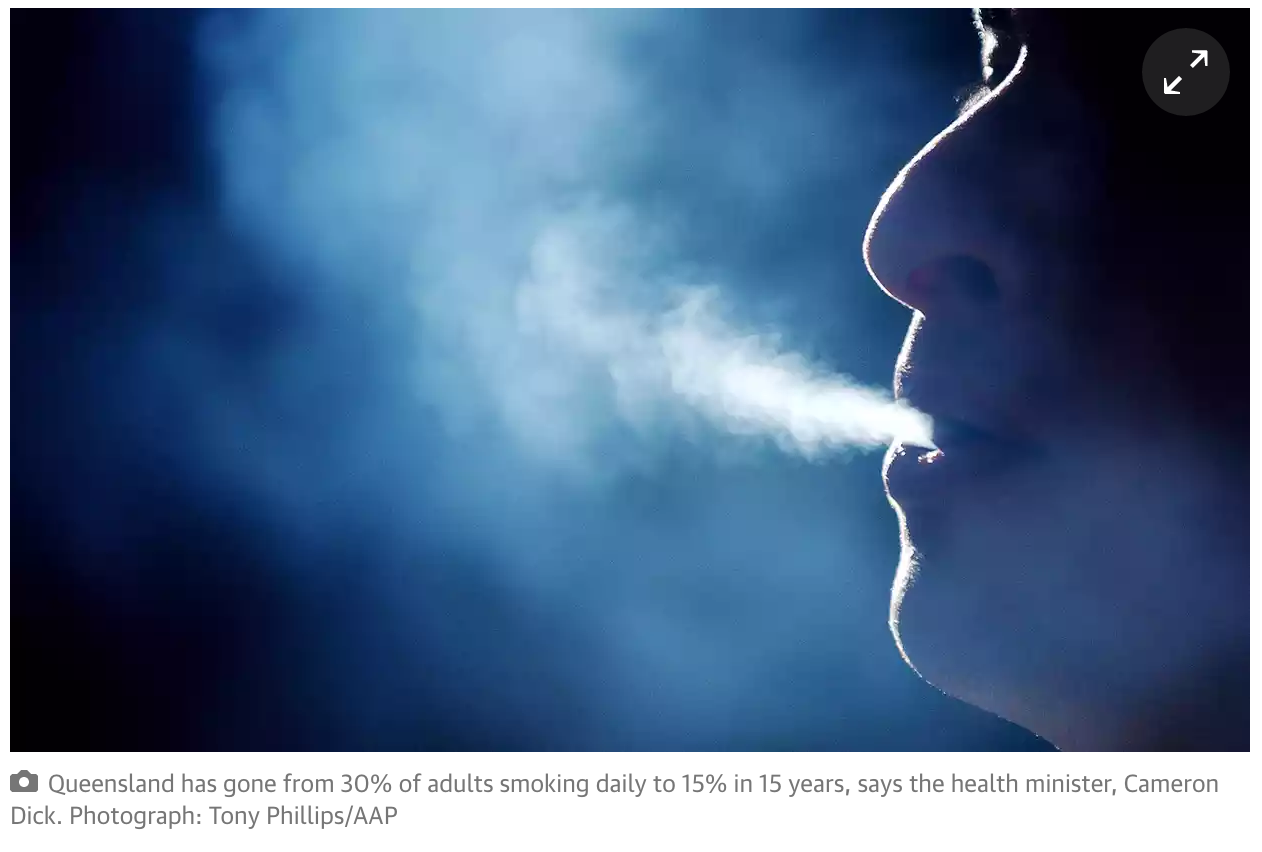 Queensland’s health minister says he’s open to the idea of a generational smoking ban but not just yet.

Cameron Dick says he wants to see how the state’s new anti-smoking legislation plays out first.

Cancer Council Queensland has suggested a complete ban on smoking for all children born after 2001 to gradually stop smoking altogether.

Dick said the state has gone from 30% of adults smoking daily to 15% in 15 years and was confident the new laws would decrease that further.

But Dick said he was willing to discuss Cancer Council Queensland’s idea, despite obvious barriers, including the difficulties surrounding enforcement.

“There might be unintended consequences – you’d have to think through the issues, particularly in tourism areas like the Gold Coast,” he said. “Happy to talk to them about that and consider that in the future but I’d like to see how our laws work first.”

Parliament recently passed laws to ban smoking at bus and taxi stops, outdoor pedestrian malls and in or near childcare facilities and children’s sporting events and skate parks.

Residents in the state’s aged care facilities will also be banned from smoking in their rooms for the first time and will only be allowed to light up in designated areas.

The chief executive of Cancer Council Queensland, Prof Jeff Dunn, applauded the government’s tough anti-smoking stance but questioned whether it could do more by implementing the phase-out.

“This would mean that young people turning 15 this year would never legally be allowed to smoke – providing a glide path to end the scourge of cigarettes,” Dunn said. “One thing is certain – our failure to take action today will burden our children tomorrow with tobacco-related debt and disease.”