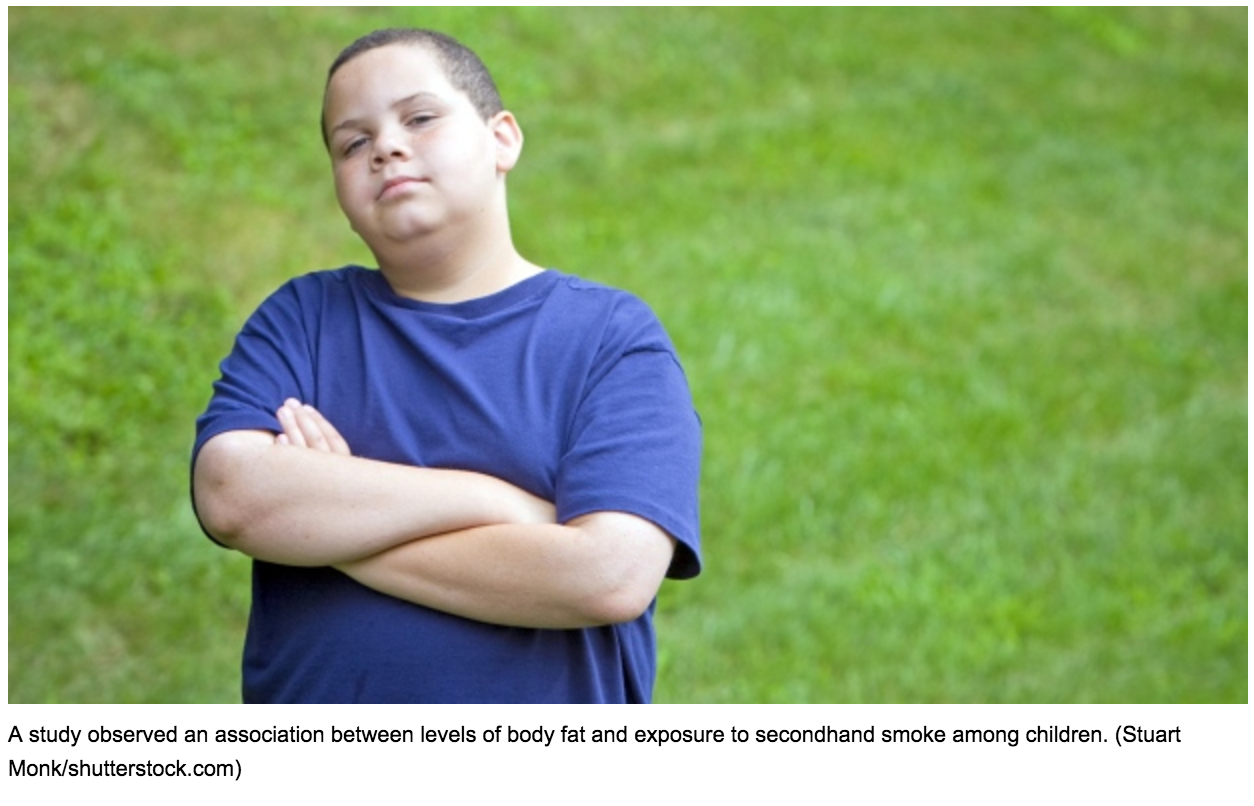 As previous studies in this area which have relied solely on parents’ reports on their child’s exposure to smoke have often produced inconclusive findings, the team of researchers from the Medical College of Georgia at Augusta University wanted to research further, and more accurately, the negative health effects of passive smoking.

To do this the team recruited 220 overweight or obese 7-11-year-old boys and girls, collecting reports from children’s parents on their exposure to smoke. To ensure greater accuracy in their study, the team also collected blood samples from the children to measure the levels of cotinine, a byproduct of nicotine formed after the chemical enters the body and an indicator of exposure to smoke.

The team also measured the children’s levels of physical activity, as it is a factor that can influence body fat.

After analyzing their data, which showed a 25 per cent discrepancy between what parents reported and what the children’s blood showed, the researchers found a link between exposure to second-hand smoke and nearly all measures of obesity in the children, including larger stomachs and overall body fat, which in future could lead to increased risk of illness such as diabetes and cardiovascular disease.

The team also found a link between passive smoking and every measure of cognitive ability, which when translated to the classroom can mean poor attention spans and poorer school grades.

Although previous research summarized on the Centers for Disease Control and Prevention (CDC) website has shown that secondhand smoke can cause an increase in the severity and frequency of asthma attacks and respiratory problems in children, the researchers did not observe a link between exposure to smoke and a worsening of breathing problems such as snoring in this particular study.

One of the study’s co-authors, Dr. Martha Tingen, commented on the results saying that as children generally are unable to make their own choices about smoke exposure, it is up to parents to not only set a good example, but also to not expose their children, or themselves, to these health risks. The team also believe that education on nutrition, physical activity and tobacco use is needed to try and prevent these unhealthy outcomes, with Dr Tingen adding, “We are talking about a recipe for an unhealthy child who becomes an unhealthy adult who cannot reach their full potential.”

The findings have been published online in the journal Childhood Obesity.