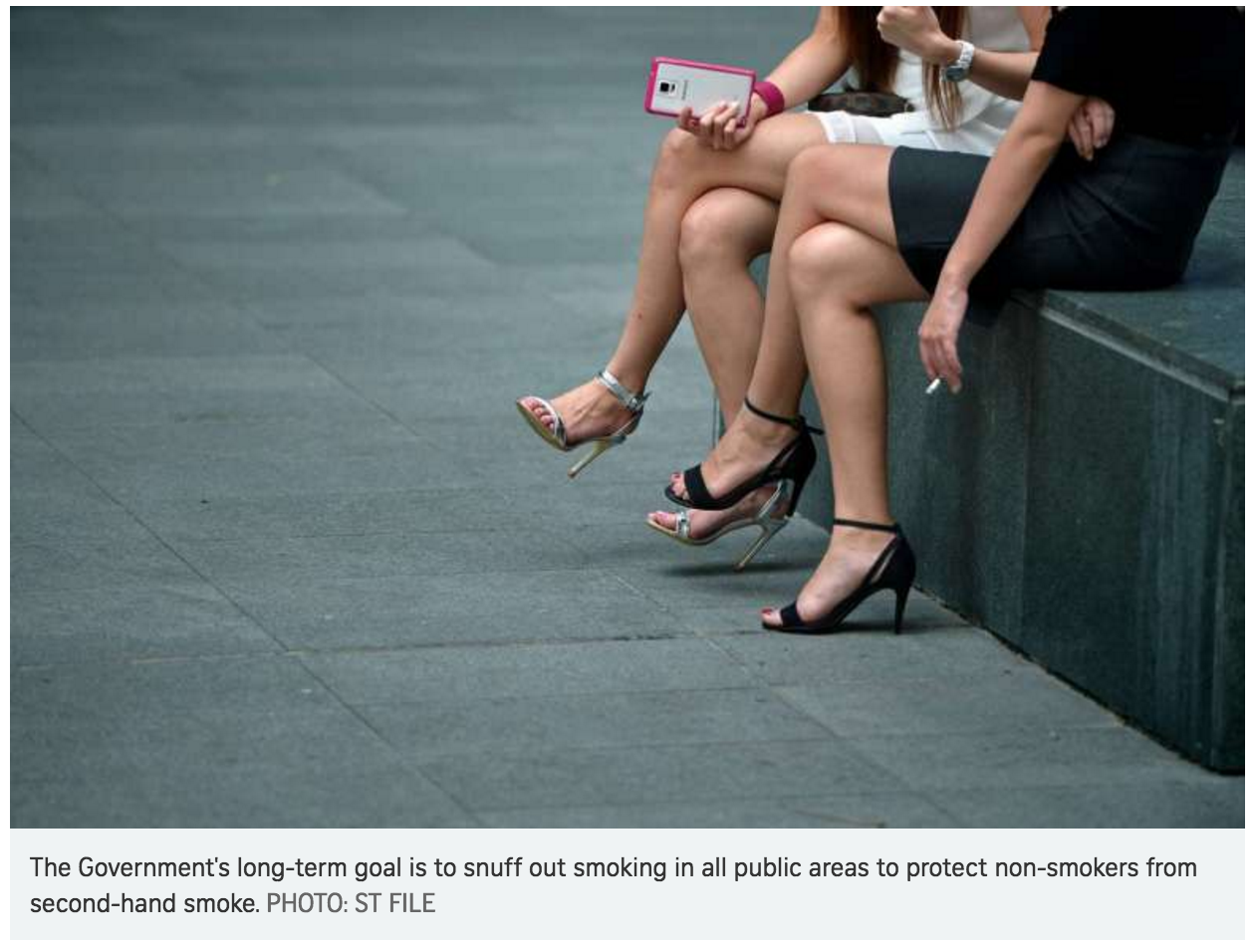 SINGAPORE – From Wednesday (June 1), reservoirs and more than 400 parks, including those in private and public housing estates, have been added to the list of smoke-free areas.

Previously, smoking was prohibited in 32,000 places such as shopping malls, cinemas and hospitals.

The new move comes three years after the smoking ban was extended to common areas, such as void decks, sheltered walkways and linkways, and any area within a 5m radius of a bus stop.

Here are some things to know before you take a puff in public.

WHY THE NEW RULES?

Senior Minister of State for the Environment and Water Resources Amy Khor said in Parliament in April that the Government’s long-term goal is to snuff out smoking in all public areas.

This is to protect non-smokers from the harmful effects of second-hand smoke.

According to the 2010 National Health Survey, 14.3 per cent of Singapore’s resident population aged 18 to 69 are smokers.

To give smokers time to adjust to the new rules, those caught lighting up in reservoirs and parks in the first three months will get a warning.

But smokers who repeatedly flout the law “in spite of prior warnings” can be fined, the National Environment Agency (NEA) said.

HOW MUCH ARE THE FINES?

The fine for smoking in NParks’ neighbourhood parks in private housing estates is up to $2,000, while in other prohibited places it is at most $1,000.

The parks on the list include those managed by JTC Corporation and town councils, as well as neighbourhood parks managed by the National Parks Board (NParks) in private estates, like Yunnan Park in Jurong West.

Premises managed by the Singapore Armed Forces and Ministry of Home Affairs will come under the Smoking (Prohibition in Certain Places) Act.

NEA said the new rules will not change how both agencies punish their personnel for smoking on their premises. But civilians caught doing so will have their personal particulars handed to NEA for enforcement action.

Separately, NEA said owners of premises affected by the latest extension can set up designated smoking areas in their premises.