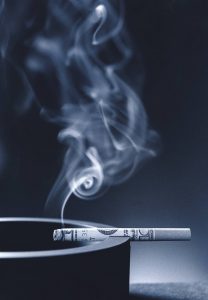 The New Orleans City Council unanimously passed a ban on smoking in bars and gambling halls on Thursday.

The law will take effect in about three months, the Associated Press reports. While owners of bars and casinos expressed concerns that the ban would hurt business, city officials decided the health of musicians and others exposed to secondhand smoke while working in those establishments is paramount.

New Orleans, a major tourism hub known for its nightlife, is one of the last major American cities to allow people to smoke in bars. Logan Gaskill, a lawyer for a large casino next to the French Quarter, estimated at the meeting that revenues would decline 20% as a result from the ban, the AP reports.

But lawmakers were convinced by a teary speech from Councilman James Gray II, who read off the names of people he knew who died from lung-cancer. Another member, Jason Williams, said they had an obligation to protect “the heart and soul” of New Orleans, the musicians and barroom workers.