(Reuters Health) – Although teens rarely spend time in offices, smoke-free laws affecting those venues may have a ripple effect that deters youth from taking up the habit, a new study suggests. 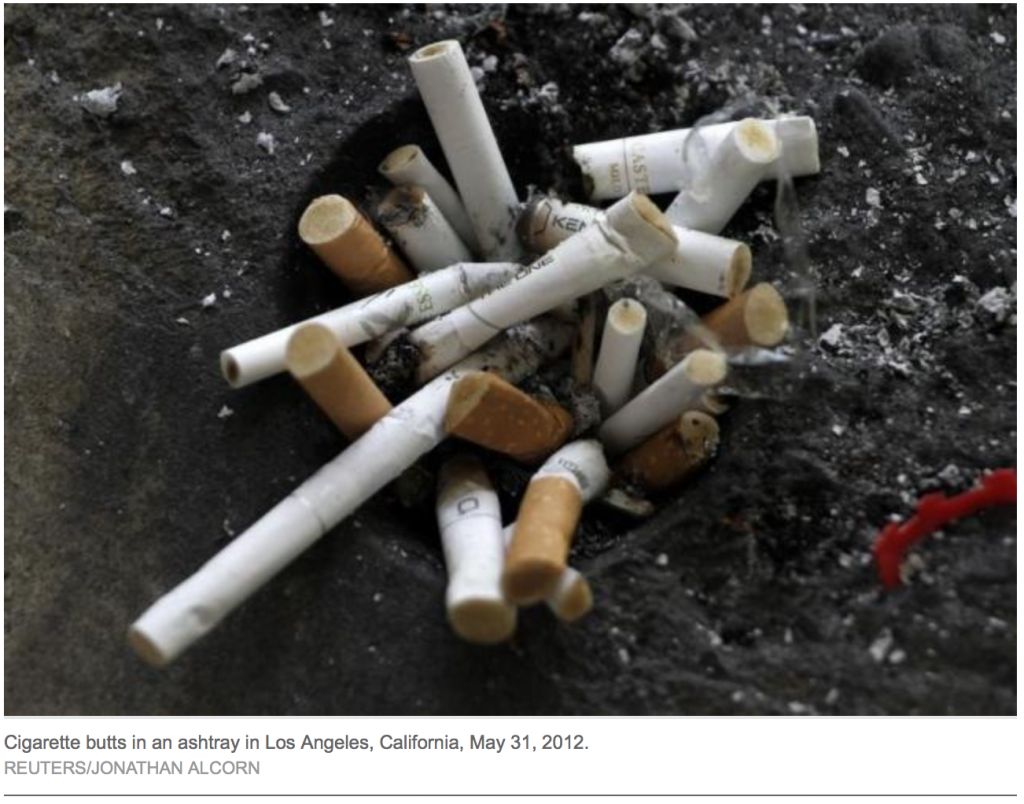 “There was an effect of both smoking restrictions and cigarette taxes, and independent and additive effects,” said senior author Stanton A. Glantz of the Center for Tobacco Control Research and Education of the University of California, San Francisco.

Smoke-free workplace laws had an effect on smoking initiation equivalent to a $1.57 tax on cigarettes, according to the analysis.

“You often hear people say the most effective thing you can do is raise taxes,” Glantz told Reuters Health by phone. According to this study, big tax increases have a bigger effect on smoking restriction, but smaller tax increases will be equal to or lesser than smoke-free laws.

Researchers used data from the National Longitudinal Survey of Youth from 1997 to 2007, following about 4,000 of the people in that study who were 12 to 18 years old when it began.

The researchers compared these answers to state level cigarette taxes, as well as smoke-free laws, which can be statewide, county-wide or city-wide.

Smoke-free bar laws did not seem to affect whether or not the youth would begin smoking, but smoke-free workplace laws decreased the odds of smoking initiation by 30 percent.

“When you pass workplace laws it sends a strong message that smoking is out,” Glantz said. “Teenagers are looking to adults, and see adults rejecting smoking.”

For each 10-cent increase in cigarette taxes, the likelihood that a youth would start smoking decreased by about 3 percent. Taxes did not affect the odds of current smoking for adolescents and young adults.

Youth were 20 percent less likely to be currently smoking in areas with smoke-free bar laws, and tended to smoke fewer days out of the month in these places, as reported in JAMA Pediatrics.

“Young people are going to bars a lot, and even for those who aren’t, bar culture is important to them,” Glantz said.

The proposed $2 cigarette tax in California, if passed, would decrease youth smoking by about 40 percent, he said.

Historically, there has been conflict between groups pushing for smoke-free laws and those concerned with youth smoking initiation, he said. Smoke-free laws were thought of primarily as a tool to reduce secondhand smoke exposure.

Ideally, policymakers will combine smoke-free laws and cigarette taxes, which would have the maximum effect, he said.