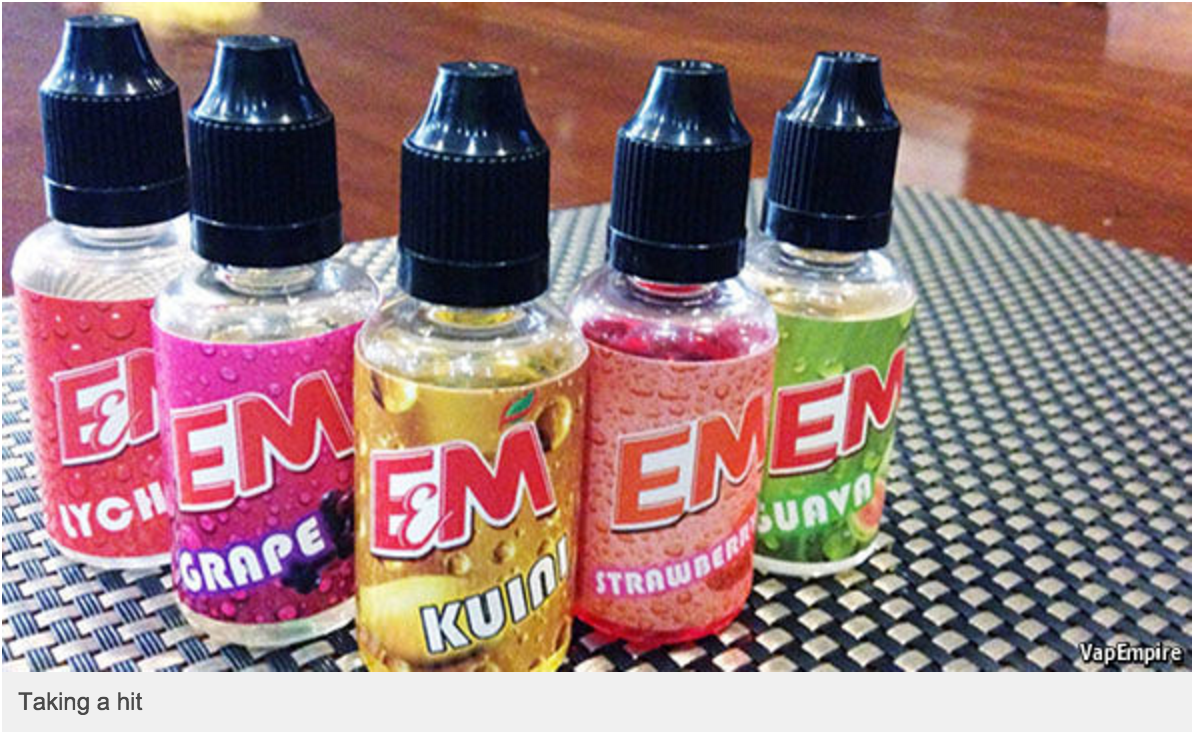 KRYPTONITE, Paddle Pop and Breakfast Crunch are just a few of the flavoured “vape juices” sold to connoisseurs in Johor Bahru, Malaysia’s third city. The frontier town, facing Singapore, is something of a hub for fans of electronic smoking—whose toysdays include pricey pipes fuelled with liquids producing vapours in countless tastes. But Johor’s vaping stalls, boutiques and lounges will soon be forced to close their doors. On November 29th the local sultan said he wanted the trade shut down.

Malaysia’s vaping culture has grown rapidly since 2013, in part thanks to stiffer taxes on tobacco. The country now has at least 400,000 vapers, and perhaps as many as 1m; fans claim that theirs is the second-biggest market in the world. One certainty is that the thousand or so vape shops which have sprung up in places such as Johor are making nice returns for their young, predominantly ethnic-Malay owners. Brands with names like Phatjuice and OctoBrew have benefited from a preference for Malaysian-made vaping liquids over pricey imports.

But while vaping is less harmful than smoking cigarettes, it is still a mucky habit. Some people worry that the profusion of fruity vapours, most of which contain nicotine, will get children hooked on the drug. And so far the government of Najib Razak, doubtless distracted by a never-ending stream of scandals (see article), has bungled its response. In early November health officials started, and then abruptly stopped, raiding vape shops that they said peddled nicotine illegally. That perplexed shop owners who thought that cabinet ministers had agreed, only days earlier, to let their trade proceed.
Malaysia is hardly the only country struggling to regulate newfangled smoking devices (Singapore, its buttoned-up neighbour, will introduce an outright ban from mid-December). But the country’s fractious politics has made its

debate unusually dismal. For one thing the issue, like so many in Malaysia, has taken on a racial hue. Anxious vapers have insinuated that the health minister, who is a citizen of ethnic-Indian origin, would not be cracking down on the pastime if it were as popular with Indian Malaysians as it is with ethnic Malays.

A second worry is the Sultan of Johor’s unexpected intervention. In theory he, in common with the country’s eight other Malay kings, who retained ceremonial roles when modern Malaysia was formed, has little formal power. But state politicians say they will implement the sultan’s decree by January 1st regardless of what vaping regulations federal lawmakers eventually decide to impose. The episode adds to concerns that the country’s local monarchs are attempting to claw back their influence as a beleaguered central government flounders. For defenders of Malaysia’s liberal constitution—including its sizeable non-Muslim minority—that is more than just hot air.