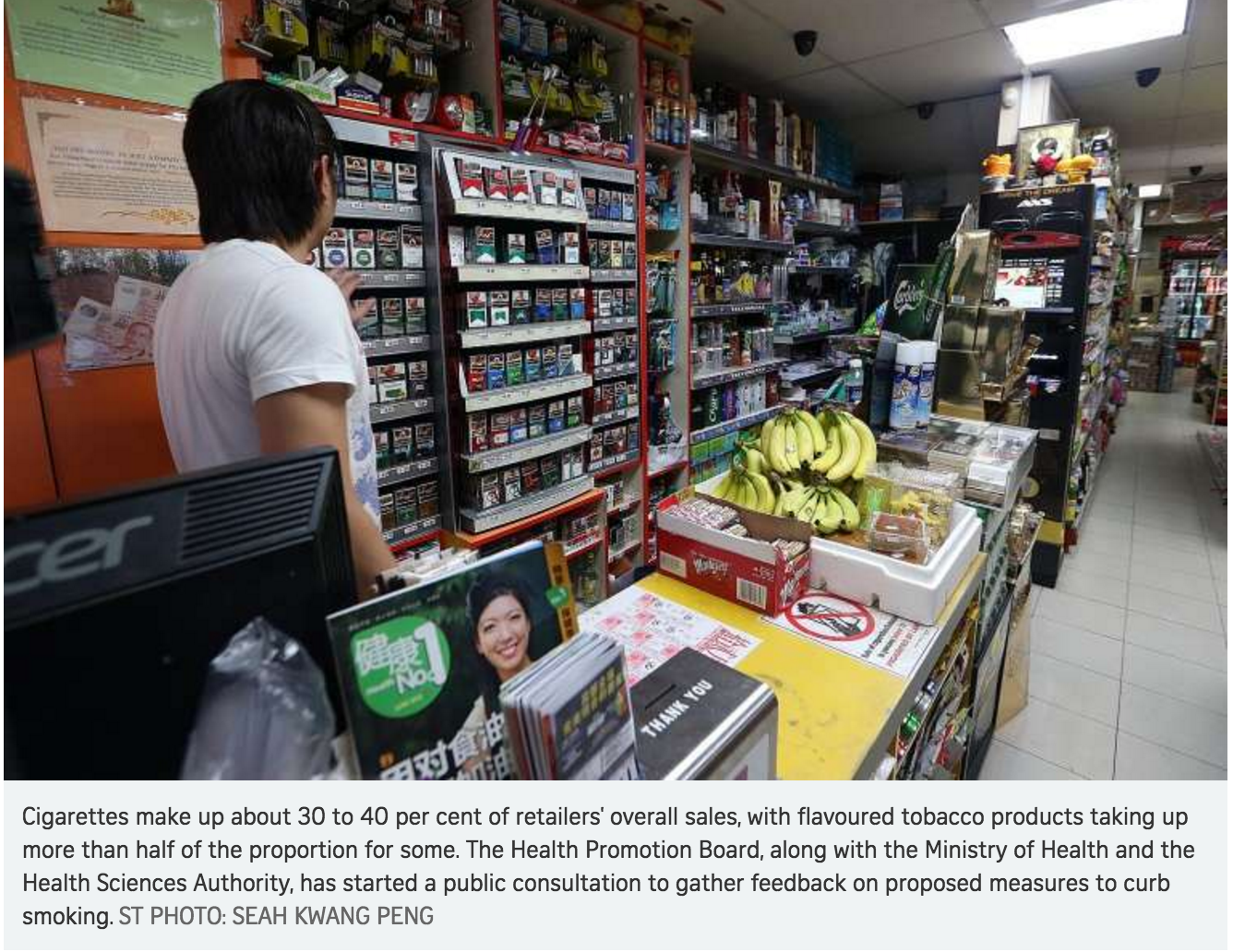 They say health comes first, even if profits take a hit should measures come into force

Tobacco retailers fear their profits are going to take a hit if government measures to ban the sale of menthol and other flavoured cigarettes come into force.

However, most say they are backing the move.

The Health Promotion Board (HPB), along with the Ministry of Health and the Health Sciences Authority, began a 12-week-long public consultation on Tuesday to gather feedback on the proposed changes. These include raising the minimum smoking age from 18 to 21, using a standardised plain design for cigarette packets and enlarging the graphic health warnings on them.

Cigarettes make up about 30 to 40 per cent of the retailers’ overall sales, with flavoured tobacco products taking up more than half of the proportion for some.

Menthol cigarettes, in particular, are favoured among young smokers for their mild tobacco smell and taste, according to Mr Chua Ah Chye, 60, owner of the Cai Nan Fa store in Toa Payoh.

“Many customers are loyal to a brand and flavour, so it’ll be hard for them to make a switch,” he said. “If we stop selling menthol cigarettes, our young customers or those who have just started smoking may choose to quit.”

Such flavours can mislead smokers into thinking that the cigarettes are less harmful, according to the HPB. The agency has also highlighted a 2008 World Health Organisation report that said people who have not started smoking before the age of 21 are unlikely to ever begin.

Ms Ivy Thiam, 67, who owns the Kwang Guan Huat minimart in Braddell, said profits from tobacco sales might drop by at least 20 per cent with a ban on flavoured cigarettes. “But this is good in the long run because health comes first. We will just have to find alternative sources of revenue.”

FairPrice, Cheers and 7-Eleven have also said they are supportive.

However, a spokesman for 7-Eleven said the effectiveness of each proposed measure and its potential unintended consequences need to be carefully studied, as they would bring about significant operational and financial impact on tobacco retailers.

Non-smokers, like field service engineer Saw Jhen Jin, 23, are optimistic that the move will help reduce Singapore’s smoking rate, which is already one of the lowest in the world, at 13.3 per cent in 2013.

“If obtaining tobacco products becomes more inconvenient, more people will start to give up smoking,” he said.

Financial consultant Sean Tan, 33, who started smoking at 16, said: “Most people pick up the habit in their teens, with influence from friends.

“By targeting the youth, it may be effective in bringing smoking rates down.”

On Dec. 29, 2015, Singapore announced a public consultation on a number of new measures:

Here is a link to the Singapore Health Promotion Board announcement.