MANILA, 22 May 2014 -The World Health Organization (WHO) Regional Office for the Western Pacific and the Southeast Asia Tobacco Control Alliance (SEATCA) have joined forces to help countries strengthen tobacco excise systems to reduce tobacco consumption and raise revenue for tobacco control and health promotion. The WHO Regional Office for the Western Pacific is hosting a workshop organized by SEATCA to highlight tobacco taxation and assist countries in addressing illicit tobacco trade. 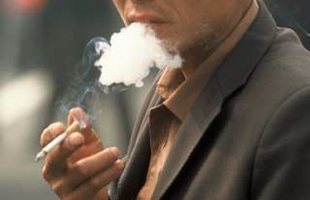 “We know that restructuring tobacco prices and taxes would significantly reduce tobacco consumption and prevent unnecessary suffering and death from cancer, heart disease, stroke and chronic respiratory diseases,” said Dr Shin Young-soo, WHO Regional Director for the Western Pacific. “Countries should recognize that higher tobacco prices will save lives and reduce the high economic and social burden of tobacco addiction. They should strongly resist tobacco industry pressure.”

The Regional Workshop on Tobacco Taxation and Illicit Trade is part of SEATCA’s Southeast Asia Initiative on Tobacco Tax (SITT). The programme intervenes in the areas of tobacco taxation and pictorial health warning. It recognizes specific measures recommended under the WHO Framework Convention on Tobacco Control (WHO FCTC) such as the reduction of tobacco demand through price and tax measures (Article 6) and packaging and labeling of tobacco products (Article 11).

The workshop will share best practices and lessons learnt in tobacco tax policy development, including how to respond to tobacco industry interference in tobacco taxation policy and identify challenges and opportunities for regional action.

This year the SEATCA award will also be given to the government of the Philippines for its outstanding leadership and tireless efforts to combat tobacco industry interference and tactics. The sin tax reform in the Philippines makes the country an example to follow in the Region.

Tobacco use is the leading cause of preventable death. Each year, tobacco kills more than 5 million people. It is on track to kill more than 8 million by 2030, by which time approximately 80% of deaths would occur in low- and middle-income countries. Two people die each minute from tobacco-related diseases in the Western Pacific Region, which is home to one-third of the world’s smokers.

The costs of tobacco use are measured in its enormous toll of disease, death and suffering, not only among users but also family members. Economies also suffer from increased health-care costs and decreased productivity. Higher taxes and comprehensive bans on tobacco marketing and smoking in public places are among the most cost-effective means to reduce tobacco use and its consequent harms to health and economic development.

Challenges in implementing effective tobacco control measures must be addressed immediately. While tobacco taxes are known to be the most cost-effective control measure, countries encounter challenges when taxes are increased. Many countries have complicated tax structures or weak tax administrations.

Increasing taxes should not be concentrated only on cigarettes. All forms of tobacco should be taxed, including new tobacco products in different shapes and types.

Although tobacco products generate tax revenues from domestic consumption and trade, revenues from import duties have been falling globally due to trade liberalization and increasing regional and bilateral trade agreements. Consequently, the importance of excise taxes on tobacco products becomes greater from a revenue and public health perspective.