Please support by signing the petition below:

some of you might remember an email I sent in September about the German city of Dortmund, promoting tobacco in Indonesia through their involvement in tobacco trade fairs. A new campaign has been launched with the aim of stopping the Inter-tabac ASIA in Indonesia in February 2013. 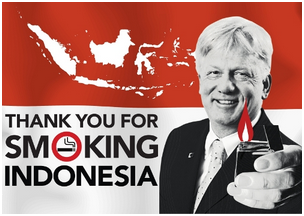 Dortmund Kills
Join the campaign and support us to stop the Inter-tabac ASIA in Indonesia in February 2014. The trade fair is hosted and organized by the publicly owned Westfalenhallen Dortmund GmbH.Read more about the issue: Stop tobacco trade fairs
Take action: Check out the website Dortmund Kills and Sign the petition