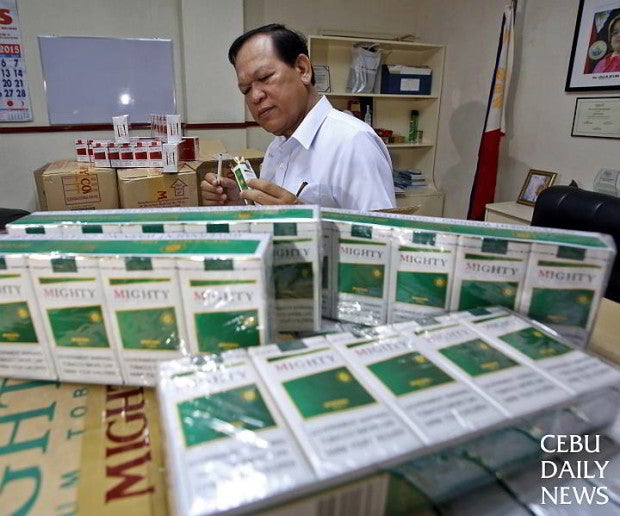 A nongovernment  organization, Action for Economic Reforms (AER), reminded President Duterte on Thursday that allowing Mighty Corp. to settle its tax deficiency by doubling its offer to P3 billion was against the law.

“AER welcomes efforts of the government to run after Mighty Corp. on tax evasion but we encourage more decisive actions to go after all the tobacco companies that are suspected to be engaged in illicit activities,” Jo-Ann Diosana, senior economics consultant of the group, said in a statement.

Raids by the Bureau of Customs (BOC) and the Bureau of Internal Revenue (BIR) in Pampanga, General Santos City, Cebu City and Tacloban City over the past two weeks yielded millions of Mighty cigarette packs with fake tax stamps, depriving the government of over P1.1 billion in excise taxes.

Diosana said providing amnesty to Mighty for just P3 billion was against the law.

Also, settlement with Mighty “will send a wrong signal to Philip Morris and other tobacco companies that may be as guilty as Mighty in their involvement in similar illicit activities,” Diosana said.

“This practice will deny the people of precious resources from the government at the expense of public health programs especially for the poor,” she said.

Diosana said Mighty must pay the tax due and the fines and face the court.

“Amnesty is bad policy. It will encourage bad behavior not only within the tobacco industry but among other corporations and taxpayers,” Diosana said.

“President Duterte’s proposal may give additional drama to this unfolding conflict against Mighty but ultimately, the better wisdom of Department of Finance will prevail. We call on the President to take this opportunity to junk the Mighty proposal to introduce low two-tiered tax rates and instead direct Congress to impose a higher single rate of P40  from the current tobacco tax of P30 in 2018,” she said.  —BEN O. DE VERA