As he tallied his latest data on vaping rates among Canadian teens, University of Waterloo Prof. David Hammond tried to find reasons not to believe his own research.

That’s because the results were troubling.

According to his numbers, Canadian teenage vaping rates have increased substantially, similar to the dramatic increase in the U.S. where rates shot up by 80 per cent in one year, a trend the FDA called  “epidemic.”

We all want these findings not to be true.— David Hammond, University of Waterloo

“We have been trying to find ways why this data isn’t robust. We have not been able to find any reason,” said Hammond, a public health professor.

“All signs are very worrisome.”

And even more disturbing —  cigarette smoking in teenagers appeared to be rising for the first time in 30 years.

“There are also troubling findings on smoking rates and signs that progress in reducing youth smoking may have stalled,” he said, adding that there’s a need for more research to confirm his results.

“We all want these findings not to be true.”

Hammond’s data is the first evidence of what has happened since Canada’s vaping landscape changed dramatically in May. That’s when the new federal law made it legal to sell nicotine vaping products.

A second major change happened a few months later when the vape juggernaut Juul officially entered the Canadian market. The slick Juul vaping device is designed to deliver a rapid nicotine hit to the brain just the way a cigarette would. And teenagers love it. 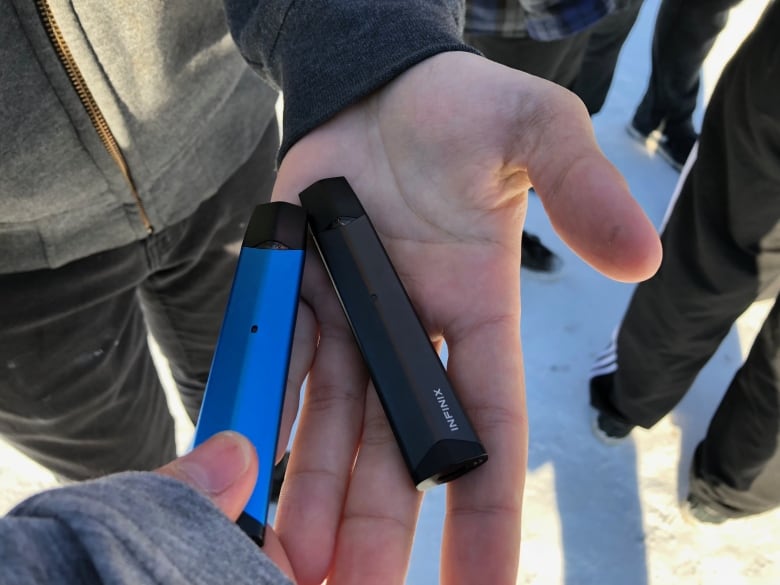 Once Hammond saw the disturbing trends from the last six months he decided he couldn’t hold the data until it was published in a scientific journal months from now.

Instead, he presented his findings at a meeting of the federal Scientific Advisory Board on Vaping Products when it met on Nov. 19. There were six or seven Health Canada officials in the room.

“Part of my job as an expert is to speak to the evidence that I know and as I understand it, and we have that evidence.”

He knew Health Canada would not see any new data emerging from the ongoing Canadian Tobacco, Alcohol and Drugs Survey for another year. He wanted the policy experts to be aware of the new and potentially alarming trend.

“If your job is to regulate vaping, I don’t know how someone wouldn’t be concerned about some of the market trends we’ve seen.”

Yet when Health Minister Ginette Petitpas Taylor was asked Wednesday about teen vaping rates, she said Canadian rates did not match the U.S. trends.

“The numbers that are coming out of the States are not the same numbers as Canada,”  Petitpas Taylor told reporters.

Citing data gathered a year and a half ago, she said, “At this point in time we don’t see an alarming increase. However, we continue to look at the situation. If anything happens we certainly will address it.”

Health Canada officials told CBC News in an email that the minister hadn’t seen Hammond’s research when she made those comments.

On Thursday Hammond sent his entire paper to Health Canada, at the same time as he submitted it for publication.

“Any new and emerging data that suggests an increase in youth vaping or tobacco use would be a concern to the minister,” said Sean Burgess, Health Canada media relations officer, in an email.

“Upon review of the recently provided data, Health Canada will assess what additional actions are warranted, and leverage additional authorities in the Tobacco and Vaping Products Act.”

But Hammond’s data is not the only sign that teenage vaping has taken off in Canada.

Last week a North Vancouver high school shut down almost all of its student bathrooms to stop kids vaping at school.

In Ontario, the Durham Region Health Department said local data from the area around Oshawa, Ont., shows 17 per cent of high school students are vaping. “That’s five students in every class of 30!” the department tweeted this week. 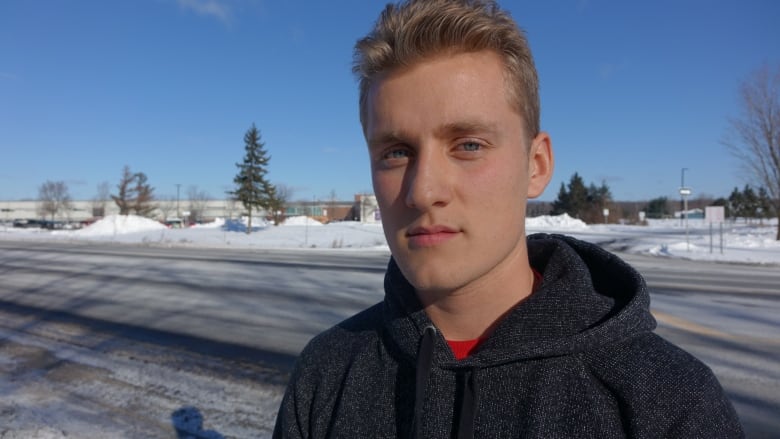 Dante Caloia risked the wrath of his classmates by publishing an article warning about teen vaping at his Ottawa high school. (Hallie Cotnam/CBC)

On Nov. 27, Dante Caloia risked the wrath of his high school classmates by publishing a dispatch from the vaping front lines, in a column published by CBC News Ottawa.

“I found many many times I’ve walked into bathrooms and seen tons of kids vaping,” Caloia said. “I actually have a few friends who literally can’t go a few minutes without  having to hit their Juul or their Vape.”

So far Health Canada’s primary method of controlling teen vaping is through restrictions on how vape products are promoted. As of Nov. 19, there can be no candy labels and no commercials appealing to youth by using celebrities or animal characters. Candy flavours can still be sold, just not advertised.

In the meantime vape fans are advertising to each other on YouTube and social media, posting videos blowing vaping rings and performing other dazzling  tricks.

All of that as health officials repeat their mantra — if you don’t already smoke, don’t vape.

“What we don’t want to see is a new generation of people who were not going to be smokers become long-term vapers or worse yet, moving through into tobacco,” said James Van Loon, director general of the Tobacco Control Directorate at Health Canada.

The underlying vaping philosophy is based on the theory that smokers will give up cigarettes for vaping, and then eventually stop vaping and shake their nicotine addiction altogether.

But there’s little good evidence of that.

“By far most smokers who try vaping don’t succeed in quitting, and they either become dual users or they revert to smoking cigarettes exclusively,” said Robert Schwartz, executive director of the Ontario Tobacco Research Unit.

While they wait for adult smokers to switch, health officials appear prepared to risk exposing an entire generation to a nicotine addiction.

That’s because, unlike other smoking cessation products, vaping did not sit quietly on the shelf beside the nicotine gum and the patches.

Instead, a powerful vaping industry is amassing as the world’s tobacco companies introduce new vape products and invest in successful startups.

This week there were reports that tobacco giant Altria, the parent company of Marlboro cigarette maker Philip Morris, is considering buying a piece of Juul, which dominates the multibillion-dollar e-cigarette market.

The product is nicotine.— Tobacco industry scientist William Dunn in 1972

It’s a product revolution that tobacco industry tried, and failed, to launch decades ago.

“It was also the moment when a lot of tobacco companies began to come around to the idea that what they’re selling is not so much tobacco, it’s really individual doses of nicotine,” Risi said, pointing to evidence from industry archives.

“The cigarette should be conceived not as a product but as a package. The product is nicotine,” Philip Morris scientist William Dunn, wrote in a confidential memo in 1972.

The same year, R.J. Reynolds research executive Claude Teague wrote in a confidential planning report “A tobacco product is, in essence, a vehicle for delivery of nicotine, designed to deliver nicotine in a generally acceptable and attractive form.”

Now that Juul and others have solved that problem, the tobacco industry is on the front lines, marketing a new device that, when used as intended, will create a nicotine dependence in the user.