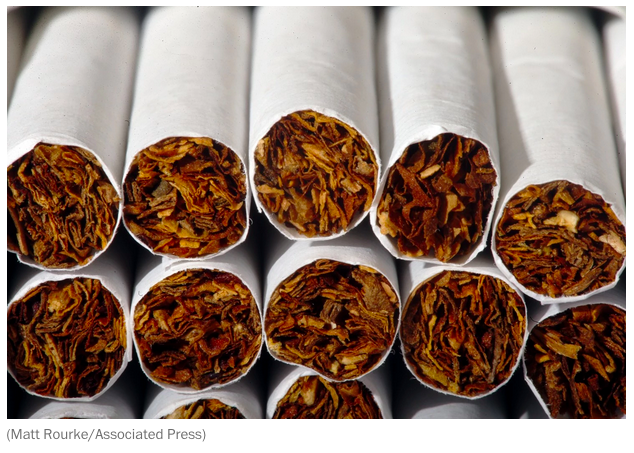 Some 180 nations have backed the WHO Framework Convention on Tobacco Control, a treaty that offers a road map for reducing tobacco use around the world, focusing on both supply and demand. The United States, which has made huge gains in cutting back on smoking since the landmark 1964 surgeon generals report, has signed but not ratified the treaty, which entered into force in 2005.

There are promising signs that the tide is turning against tobacco. The pharmacy chain and retailer CVS Caremark last year phased out tobacco salesat its more than 7,600 stores, saying selling tobacco products was inconsistent with its mission of helping people improve their health. The surgeon general, in an update last year to the 1964 report, found that research has shown what works and what steps must be taken if we truly want to bring to a close one of our nations most tragic battles one that has killed ten times the number of Americans who died in all of our nations wars combined.

Apparently, the U.S. Chamber of Commerce has not heard, or deliberately chooses to ignore this. According to an account in the New York Times, the chamber, which describes itself as representing the interests of more than3million businesses, is quietly supporting efforts around the world to resist tighter controls on tobacco use. The Times published e-mails and documentsshowing how the chamber has lobbied to curtail anti-smoking measures outside the United States.

How does advancing a product that kills people prematurely serve the interests of businesses? The chamber ought to be the first organization to grasp that smoking puts a terrible burden on societies, draining their public health and medical resources and stealing away lives that could be productive for years to come. Is it wise to represent the narrow and harmful interests of one industry tobacco at the expense of the broader public good? More and more, that harm is caused to women and to people in low- and moderate-income countries. Is that an exemplar of U.S. corporate vision? A chamber spokesman told us that the organization is not an advocate for cigarette smoking and we know that smoking carries obvious health risks but that the group is opposing encroachment on business rights. Does a health warning on a pack encroach on intellectual property of a cigarette company? We doubt it.

In the United States, decades of efforts to stop the tobacco scourge are showing results. The smoking rate has declined by more than half, from 42.7percent in 1965 to 18percent in 2012. This ought to be duplicated, not subverted elsewhere. The Chamber of Commerce should quit its global advocacy for tobacco and stand up for what really helps business: healthy workers and healthy people.