Even when you quit smoking, residue left behind by cigarette smoke can stick to surfaces, penetrate deep into materials in your home and settle in for a long time to come. A new study led by researchers at San Diego State University finds that even six months after people within a home stop smoking, the home, as well as the nonsmokers living there, still show elevated levels of dangerous carcinogens linked to cigarettes. 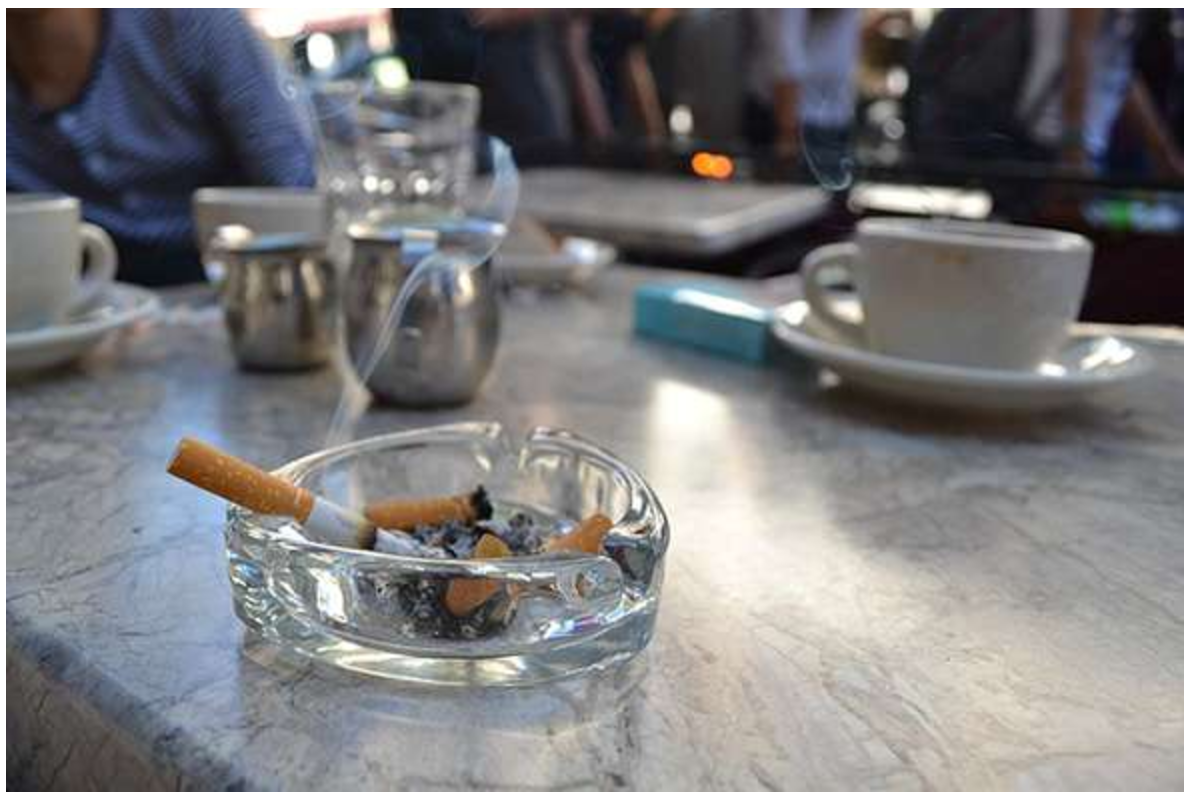 Researchers have known for some time that thirdhand smoke, as this leftover residue is known, sticks around in the environment long after the smoke has cleared. SDSU’s team of tobacco researchers, chemists, and environmental scientists are among the leaders in the field exploring the properties and dangers of thirdhand smoke. Previously published work has shown that unsuspecting nonsmokers are likely to be exposed to thirdhand smoke when they move into a new apartment, stay at a hotel, visit a casino and rent a car. Little was known about what happens to the thirdhand smoke that has built up in the homes of smokers after they quit.

“It’s important to know how long thirdhand smoke lingers in a home environment and if the former smoker and other residents are exposed to its toxic compounds,” said Georg Matt, the study’s lead author and a psychology professor at SDSU.

Matt and colleagues recruited 90 smokers who said they planned to quit smoking through a variety of intervention programs. Over the course of six months, the researchers periodically visited their homes and took surface samples from walls and door panels, dust samples from the floor, and urine and hand-wipe samples from the residents. They then analyzed those samples for the presence of a variety of tobacco-related chemicals such as nicotine, cotinine and the potent lung carcinogen known as NNK.

“The question we were trying to answer is, ‘How quickly does your home become truly smoke-free?'” Matt said. “You may have quit smoking and become a nonsmoker, but your home still carries the legacy of tobacco smoke.”

An ancillary data point the researchers observed underscores just how difficult it is to quit smoking: Out of the 90 homeowners recruited, only eight percent remained smoke-free after six months of the study.

Within those homes that managed to go smoke-free for the full six months of the study, the home surfaces and residents’ fingers showed an immediate, significant drop-off in nicotine soon after cessation. But, as reported today in the journal Tobacco Control, that decline leveled off and remained at higher-than-normal levels for the remainder of the study. More worrisome is that in the dust samples, the levels of nicotine and NNK remained virtually unchanged, even after six months without smoking. Hand-wipe samples and urine samples showed that people continue to be exposed to potent carcinogenic tobacco compounds in their homes long after they or their family members have quit smoking.

“Thirdhand smoke consists of gases and ultra-fine particles that go deep into the carpet, upholstery and fabrics, and they even penetrate deep into walls and furniture,” Matt said. “Tobacco smoke does not simply disappear. Smoking indoors builds up a reservoir of chemicals that leaves a long and toxic legacy of tobacco use.”

That legacy might even be part of the reason it’s so hard to quit smoking, he added. One consequence of thirdhand smoke is lingering odor, and there’s good reason to think that constantly being reminded through your nose of the habit you’re trying to kick makes cravings for cigarettes stronger and quitting especially difficult. The researchers would like to put that theory to the test in future studies, Matt said. Further studies will also look at how long it takes, post-cessation, for homes of former smokers to be completely smoke-free.

Smokers shouldn’t take thirdhand smoke’s longevity as a reason not to bother with quitting, though, he said. There are bountiful and immediate health benefits to quitting smoking despite continuing exposure to thirdhand.

“Smoking cessation is the single most important activity you can do to improve your health,” Matt said. “As smokers work towards sustained cessation, it is important to stop smoking indoors immediately. Their nonsmoking friends will thank them, and they will prevent thirdhand smoke buildup in their home. This will eventually help everybody to live in a completely tobacco free home when they are ready to quit forever.”