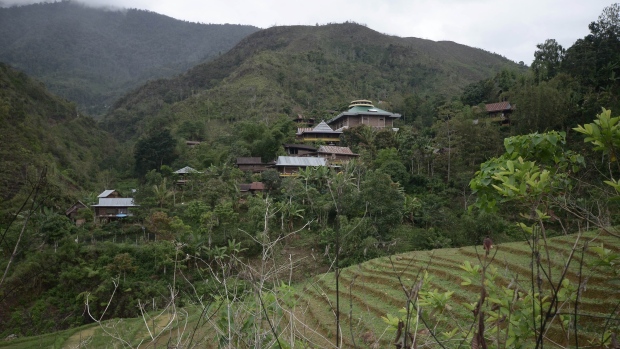 Nestled amid mountains in remote central Indonesia, Bone-Bone looks like any other rural hamlet in the archipelago, with a modest collection of houses, shops and mosques and people quietly going about their daily lives.

But it is an unlikely champion in the fight against smoking in one of the world’s most tobacco-addicted countries, after it became the first village in Indonesia to impose a total ban on smoking.

“Thank you for not smoking, say no to cigarettes” reads a sign at the entrance to the settlement to Sulawesi, one of the archipelago’s main islands, while another says “Please enjoy the scenery and fresh air in our village”.

The move has inspired other villages around the country to follow suit and take the law into their own hands as the central government shows little sign of launching a determined, nationwide fight against tobacco.

Such bans are just a small step in a country where 30 per cent of the adult population are smokers, and more than 200,000 die every year due to tobacco-related illnesses, according to public health experts in Indonesia.

More than two thirds of adult males use tobacco, the highest rate in the world, according to the World Health Organisation’s Global Adult Tobacco Survey, although far fewer women smoke.

In recent decades, many countries in the developed world have launched campaigns to cut tobacco use, ramped up prices, restricted cigarette advertising and banned smoking in public places, leading to sharp falls in smoking rates.

While Indonesia is not alone among developing countries in lagging behind in efforts to tackle tobacco use, even by regional standards it fares poorly.

Tobacco adverts remain highly visible around Indonesia, on billboards and posters, it is the only country in Southeast Asia that still allows cigarette advertising on television, and the only one in the Asia-Pacific region not to have ratified a key UN treaty on tobacco control.

The domestic tobacco industry remains hugely lucrative and powerful, and it is common to see children smoking a sweet-tasting clove cigarette — an extremely popular Indonesian speciality, which dominates the local market.

‘I can save money’

But in Bone-Bone, it is a different story. Smoking has almost entirely disappeared among the population of around 800 inhabitants since the ban came into force a decade ago.

Rather than worries about villagers contracting cancer, economic concerns were what prompted then village head, Muhammad Idris, to implement the ban through a local bylaw.

He said that many poor families in the area could not afford to send their children to school because their fathers were spending too much on smoking, and the youngsters themselves got addicted to the costly habit at a young age.

While cigarettes are cheap by international standards in Indonesia — with a packet of a local brand costing around the equivalent of a dollar — a heavy habit can strongly impact the finances of poor families with meagre incomes.

“I went to college with 13 other students from this village, only six graduated, the rest dropped out because they spent their tuition money on cigarettes,” Idris told AFP.

The ban was implemented in stages. In 2000, local authorities prohibited the sale of cigarettes in Bone-Bone, smoking in public places was forbidden from 2003, and then a full ban on both smoking and selling tobacco products — for residents and visitors — came into force in 2006.

Punishments for those caught breaking the rules include community service, such as cleaning up mosques in the staunchly Muslim village and their neighbourhood, while some have even been forced to issue a public apology to the entire village through a loudspeaker.

Amir, a blacksmith and father of nine in Bone-Bone, was forced to end his 40-a-day habit by the ban, but has found himself much better off.

“I can save money, I can buy what my family needs and — most importantly — I can pay for my children’s education,” said Amir, who like many Indonesians goes by one name.

About 10 villages across the country have followed Bone-Bone’s example by imposing a smoking ban, a move made possible by the heavy decentralisation of power introduced in the archipelago after the end of authoritarian rule in 1998.

But the numbers of people affected out of a population of 250 million remain tiny, there is little sign of an effective, national strategy to tackle the problem, while activists accuse the government of backsliding in the fight against tobacco.

In August, the industry ministry set a target for domestic producers to produce around 130 billion cigarettes a year over the coming four years, around fifty per cent higher than the previous four-year target.

“The government want our people to smoke as many cigarettes as possible,” said prominent tobacco control activist Kartono Muhammad.

Indonesia’s health ministry has produced a roadmap to fight smoking but officials admit implementation has been poor, with a lack of coordination between different branches of the notoriously bloated and ineffective bureaucracy undermining efforts.

In the face of growing evidence that smoking is affecting Indonesians’ health and making them poor, the tobacco industry remains defiant.

Ismanu Sumiran, chairman of the association of Indonesian cigarette producers, most of whose members produce clove cigarettes, insisted smoking rates were falling and that “kretek” cigarettes are part of local culture.

“Even before this country was formed, kreteks already existed and were used in traditional ceremonies,” he told AFP.