Tobacco companies are using e-cigarettes and “heat not burn” products as a “Trojan Horse” in an attempt to undermine tobacco control regulations and “rehabilitate” their image, experts have warned.

Multinational tobacco firms’ efforts to re-cast themselves as champions of public health has already led to lucrative advertising and sponsorship deals in areas where they had previously been banned.

Tobacco companies have been prohibited from advertising their products on Formula One races for over a decade, bowing out after a Europe-wide crackdown on tobacco sports advertising.

But last year Philip Morris International (PMI), the makers of Marlboro, introduced Mission Winnow branding to the Ferrari Formula One team, the marketing arm that promotes “smoke free” products such as their heated-tobacco device IQOS.

Last month, British American Tobacco (BAT) also announced its return to the sport with McLaren, saying it will focus solely on its “potentially reduced risk products”, with the slogan “A Better Tomorrow” emblazoned on cars.

PMI has launched the Foundation for a Smoke-Free World and pledged to spend over £720 million on projects aimed at “ending smoking in this generation”.

Other tobacco companies have also started promoting the idea that traditional cigarettes should be replaced with vaping.

In recent years they have spent hundreds of millions of pounds buying up stakes in existing e-cigarette companies or developing their own vaping or heated tobacco devices. 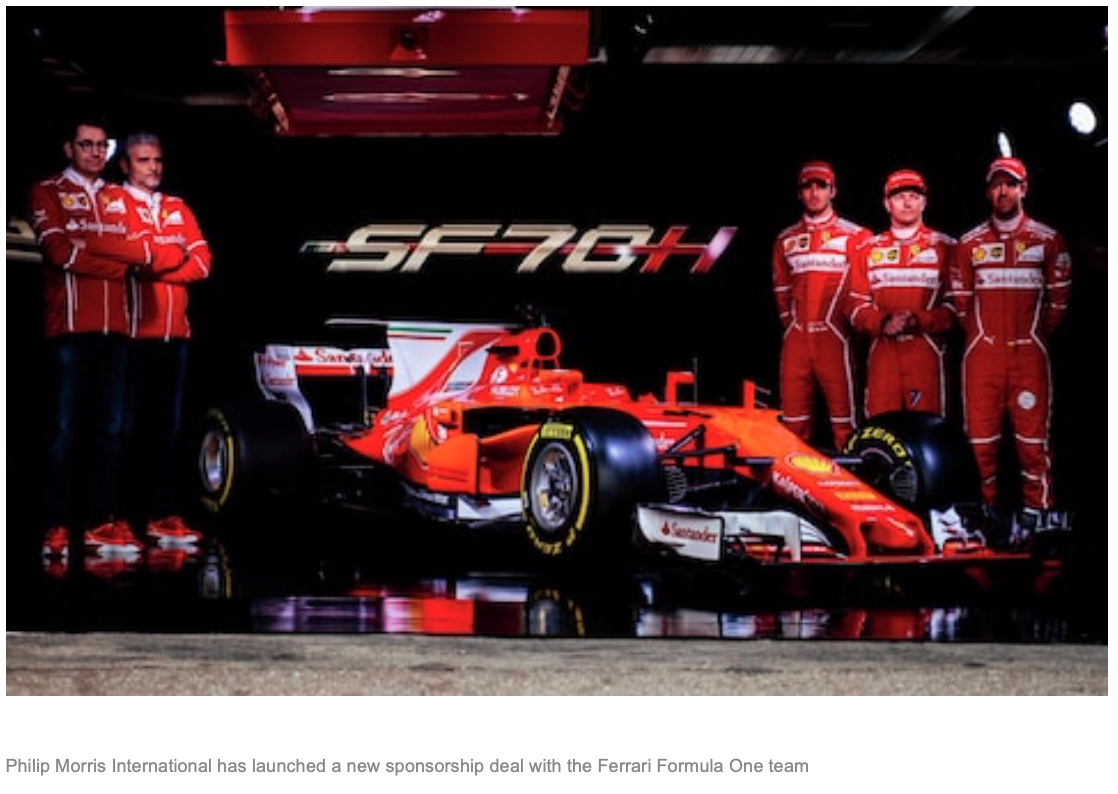 Prof Simon Capeman,  an expert in public health at Liverpool University, said the role of the tobacco industry in e-cigarettes is “worrying”.

“It is a Trojan horse funded by the industry. They can pretend to be part of the solution instead of part of the problem,” he said.

In December, Altria, the makers of Marlboro, announced it paid $12.8 billion for a 35 per cent stake in Juul, an e-cigarette brand that has established itself as the dominant force in the US market and recently launched in the UK.

BAT first launched Vype in 2013, after after buying up their the company that made them the year before. Lorillard Tobacco Company acquired the e-cigarette company BluCIgs in 2012 and later bought Skycig, a leading brand of e-cigarettes in the UK. 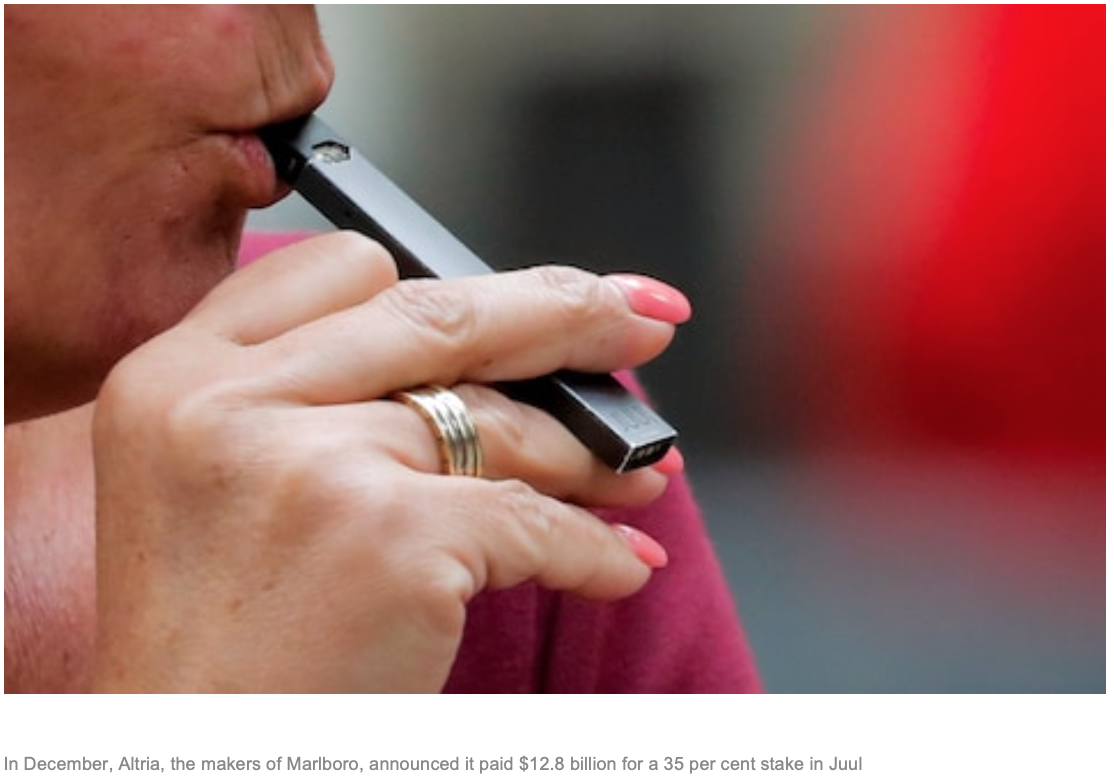 In December, Altria, the makers of Marlboro, announced it paid $12.8 billion for a 35 per cent stake in Juul

Two years later, it acquired blu eCigs, a popular British vaping brand. Imperial has since launched its own e-cigarette brand Puritane, which are sold in Boots stores.

Anna Gilmore, a professor of public health and director of the Tobacco Control Research Group at Bath University, said that tobacco companies initially felt “threatened” by the emergence of e-cigarettes which are “significantly safer than cigarettes and have contributed to declines in smoking in the UK”.

They scrambled to respond, notably by launching their own “heat not burn” tobacco products, she said.

But the tobacco industry mainly sees these “harm reduction” products as a “public relations opportunity” and a way to “rehabilitate its image”, Prof Gilmore added.

“Their hope was that  claiming they were committed to reducing harm would re-open the doors to policy makers and scientists that had long since closed on an industry whose reputation was in tatters. People mistakenly believe the industry has changed but behind the scenes they continue to promote and sell cigarettes as they have always done.” 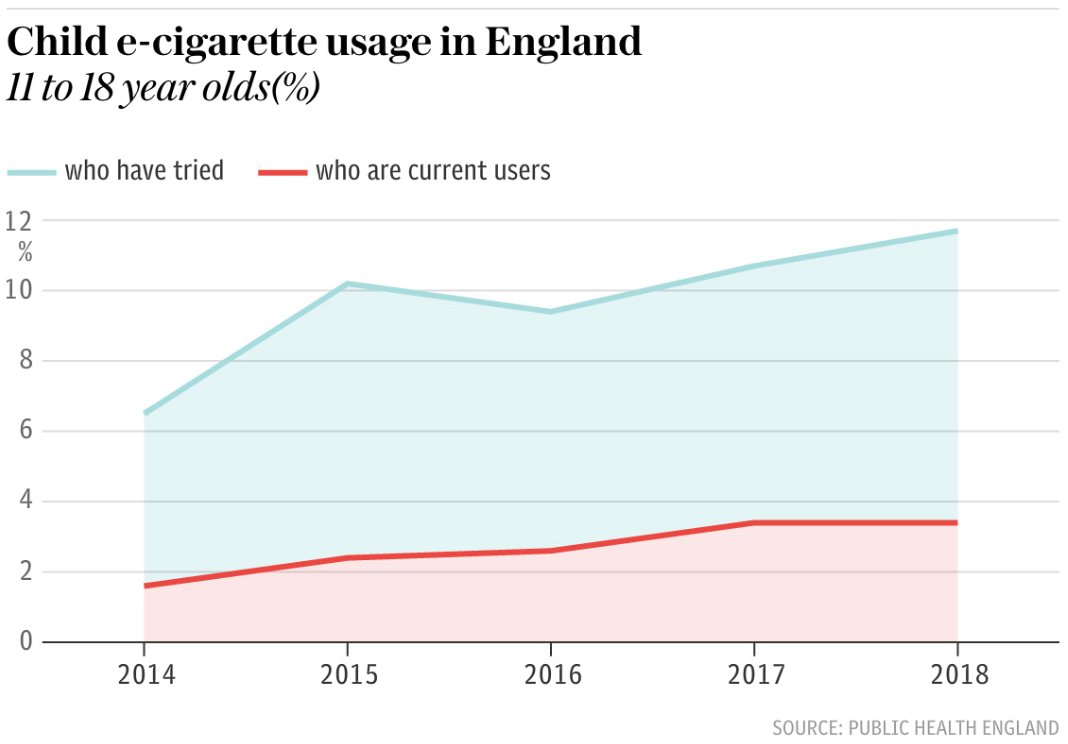 Simon Cleverly, head of corporate affairs at BAT, said: “We have a clear belief that by providing a whole range of potentially reduced risk products to our consumers many millions of them could decide to use them in place of cigarettes.”

A spokesman for Imperial Brands said it is “regrettable” that a “small number of vocal individuals” in the public health community seek to undermine the “huge public health potential” of e-cigarettes for smokers.

Charlie Cunningham-Reid, head of corporate affairs at JTI, said e-cigarettes are a “consumer-led phenomenon”, adding that they seek to provide “the widest choice of products” for smokers and vapers to choose from.

A spokesman for the PMI funded Foundation for a Smoke-Free World said: “We’re committed to helping adult smokers quit the smoking habit or switch to tobacco harm reduction products.

“Our funding source does not, and will never, have any involvement or influence over the work the Foundation does or the information we release.”