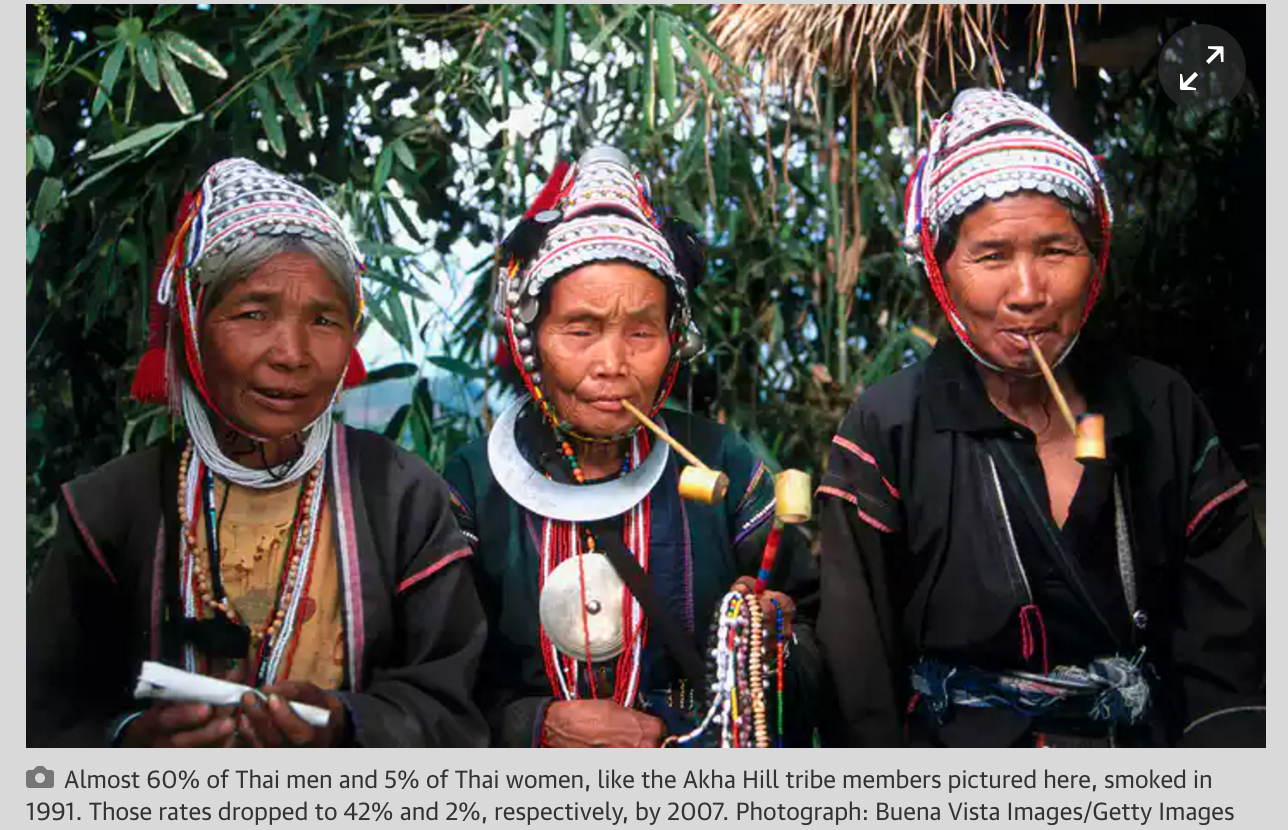 Here’s how the Asian nation dramatically curbed tobacco usage and got 91% of smokers to support harsher action against cigarettes.

“Can I get a light?” That’s the question kids asked shocked adult smokers in Thailand, right before the grownups spouted off countless reasons not to fire up a cigarette.

Luckily, the children were actors for an award-winning video, which has been viewed more than 3.3m times since 2012 and was created by the advertising firm Ogilvy & Mather for the Thai Health Promotion Foundation (ThaiHealth). Creative ads like this can be an effective tool in the global fight against tobacco.

Thailand has prevailed over smoking many times, as detailed in the book Millions Saved: New Cases of Success in Global Health. Almost 60% of Thai men and 5% of Thai women smoked in 1991, but those rates dropped to 42% and 2%, respectively, by 2007. That’s due to a combination of political commitment, restrictive laws, health warnings and tax hikes – plus the leadership of groups like ThaiHealth, formed in 2001 and funded by a tax on cigarettes and alcohol.

ThaiHealth helps to create better ways to encourage healthy lifestyles. The granting agency aims to promote the health of Thai people by providing funding to individuals and organizations working on tobacco consumption control, according to Dr Bundit Sornpaisarn, the group’s director of its major health risks control section. That means collaborating with governmental groups, nonprofits, research organizations and helplines, just for starters.

But why has Thailand succeeded in reducing smoking rates when other countries haven’t? “Thailand is a special case,” says Bill Savedoff, senior fellow at the Center for Global Development (CGD). The nation has universal healthcare as well as a long history of government commitment to public health, and was one of the first among low- and middle-income countries to take strong action for tobacco control. Public support for taxes and restrictions has been high, and in a 2009 survey, 91% of Thai smokers supported even stronger action against cigarettes.

Cigarette taxes are particularly significant, Savedoff points out. “Young people are more responsive to price hikes, so that’s critical to end the [smoking] epidemic,” he says. “When taxes are raised, the numbers [of people] smoking always decline, the number of cigarettes smoked declines and revenue increases.”

Dr Vera Luiza da Costa e Silva, head of WHO’s Framework Convention on Tobacco Control (FCTC), credits Thailand’s strong political will, financial efforts and civil society’s action against smoking. “It acted quickly against the tobacco industry,” she says. Further steps need to be taken, though – in that nation and globally. “One in 10 cigarettes consumed around the world comes from illicit sources,” da Costa e Silva says, referring to improperly sold and taxed or counterfeit tobacco products. “[Such cigarettes are] more affordable and more available, so stimulate consumption.” The FCTC’s protocol on illicit tobacco has not been signed by Thailand.

In addition to its well established practices, like a ban on smoking in public places, Sornpaisarn says Thailand needs a bill “to introduce new measures that will control tobacco accessibility among young people”.

One controversial way to fight smoking, as outlined in this podcast by the Center for Global Development, is to promote less harmful methods of nicotine delivery such as e-cigarettes. Other Asian nations continue the struggle more conventionally, though.

Vietnam, for instance, adopted comprehensive tobacco control laws in 2013, but still has a very high rate of smoking. And its laws aren’t always properly enforced.

Local, government-supported tobacco production in Indonesia, meanwhile, is set to double by 2020, while the country is trying to enact cigarette controls. Smoking prevalence there is on the rise, with localmedia concerned that the nation might soon have the highest rates in the world. In 2013, the WHO estimated 63% of men to be smokers. According to the Tobacco Atlas, 41% of boys smoke, too.

While taxes are set to increase, and compulsory warnings are mandatory on cigarette packages, the tobacco industry in Indonesia anticipates growth. Grassroots organizations want to curb tobacco usage, but the government has not signed onto the FCTC protocol.

“Thailand is a success story,” says da Costa e Silva. “But [globally] some 6 millionpeople a year are dying from tobacco-related diseases. Other countries need to wake up to what’s going on.”