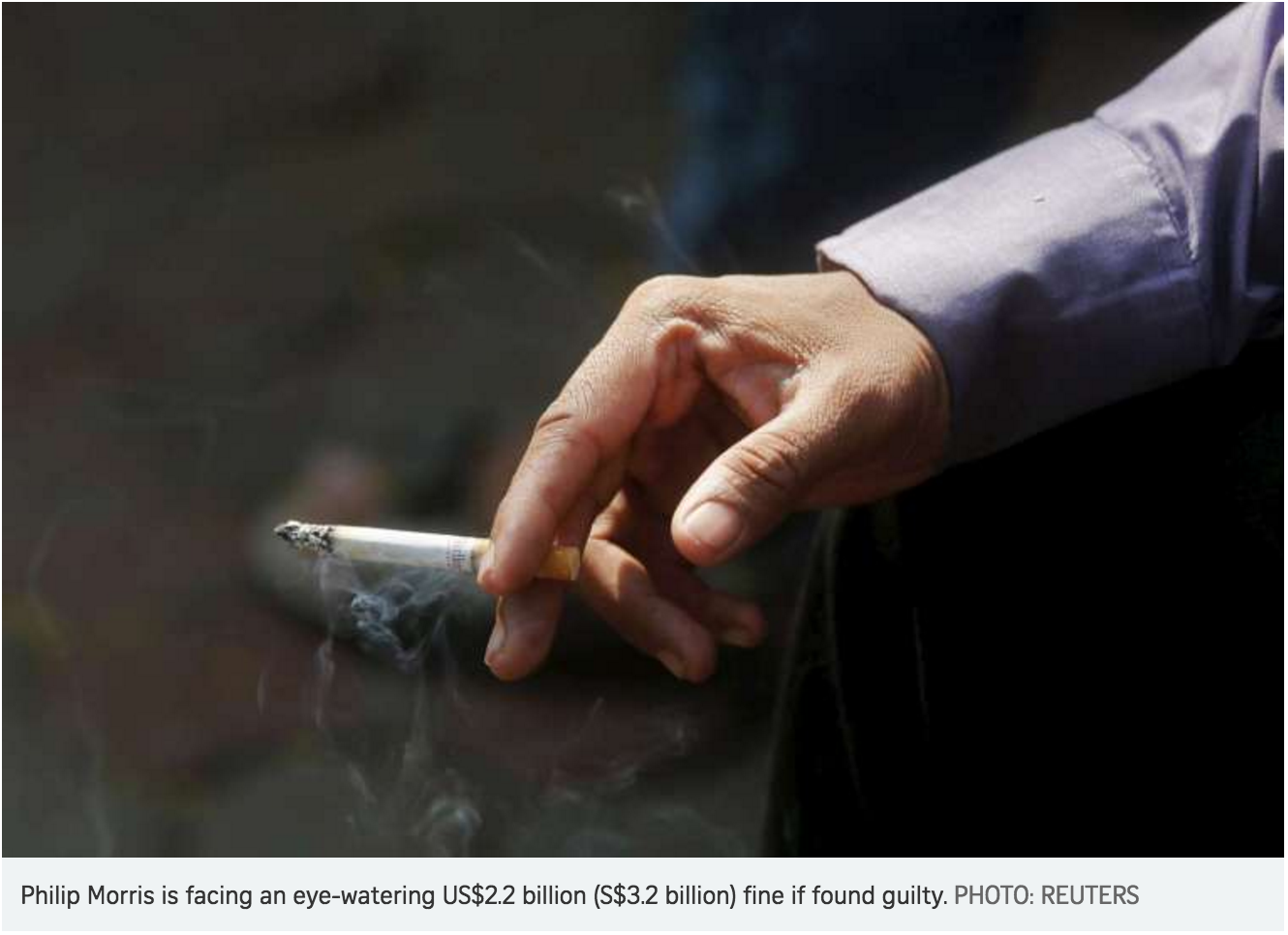 The allegations are part of a long simmering tax dispute between the kingdom and the local unit of the tobacco company, which has also clashed with the authorities over plans to increase the size of health warnings on cigarette packets.

Thai prosecutors say Philip Morris, which owns the Marlboro and L&M brands, avoided around 20 billion baht (S$791.4 million) in taxes by under-declaring import prices for cigarettes from the Philippines between 2003 and 2006.

“Philip Morris as a corporation, as well as seven Thais, were indicted yesterday on custom tax evasion,” Mr Somnuk Siengkong, a spokesman for Thailand’s Office of the Attorney-General, told reporters on Tuesday (Jan 19).

Mr Chartpong Chirabandhu, deputy director-general of the office’s special litigation department, said a court could impose a fine of up to 80 billion baht if the company was found guilty.

Four foreign executives at the company have also been charged but are outside the country, prosecutors added.

Philip Morris Thailand described the charges as “unjust” and vowed to fight them.

“The company intends to vigorously defend itself against these meritless charges and demonstrate that it is in full compliance with Thai law and international standards of customs valuation,” the company said in a statement.

The cigarette manufacturer added that their import valuations complied with World Trade Organisation agreements and had been cleared by local Thai customs officials.

The investigation first surfaced in 2006 under the administration of Thaksin Shinawatra, shortly before his ousting in a military coup.

Thailand has since been hit by a decade of political instability with frequent government changes and a second coup in 2014.

In 2011, the attorney-general at the time recommended against charging the tobacco giant, but the prosecution was restarted two years later.

That year, Philip Morris was among leading cigarette firms to challenge in court plans by Thai health officials to increase health warnings on cigarettes.

The World Health Organisation has accused the tobacco industry of deploying legions of lobbyists and lawyers to block packaging changes.

The tobacco lobby has also tried to block laws curbing advertising or raising taxes on cigarettes.

But more countries are adopting the approach with Thailand something of a regional leader on the issue in South-east Asia.

Action on Smoking and Health Foundation Thailand says more than 50,700 people die every year from smoking-related diseases, with around 13 million of the country’s 67 million inhabitants addicted to cigarettes, 2.2 million of whom are minors.