The world’s third-largest multinational tobacco company has been running disguised adverts for its brands on Facebook and Instagram , enabling it to bypass social media site rules and national laws in order to assist the marketing of cigarettes to teenagers and young people, the Bureau of Investigative Journalism can reveal.

Japan Tobacco International (JTI) has set up social media pages that adopt the appearance of lifestyle groups, allowing the company to run adverts on social media platforms in Germany , where directly marketing tobacco to teenagers is illegal.

On first impression, the pages appear to centre around events, travel and music. In fact, the pages have been used to assist in the promotion of three brands of JTI cigarettes: Camel, Winston and American Spirit.

The pages using the Camel brand are called ‘Let’s CML’ and those for American Spirit are named ‘Full of Spirit.’ Pages supporting the Winston brand are called ‘Ganz Genau,’ which translates as “exactly” and is a slogan used to advertise the brand in Germany.

The pages have promoted competitions for prizes such as earphones and festival tickets. Some of the competitions required a user to visit a website owned by JTI that explicitly promotes cigarettes in order to enter. Others simply ask the user to “like” a certain post or follow a certain account in order to be entered into the draw. 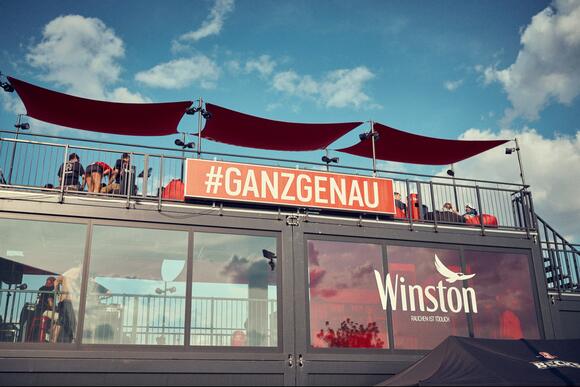 These pages – which are listed under “festival” and “community” in Facebook’s transparency section – use the fonts, colour schemes and imagery associated with the brands without making any affiliation explicit, a technique known as alibi marketing.

The practice appears designed as a workaround to skirt both Facebook’s rules and the German law, stating that it is “illegal to use promotional information that is likely to encourage juveniles and young adults to engage in [tobacco] consumption”.

This social media presence chimes with JTI’s promotional ventures at some of Germany’s major music festivals, which include branded lounging areas and organised activities, as well as roving vendors offering cigarette samples and tokens for free drinks.

JTI told the Bureau : “Our social media accounts represent customary activities within our industry. We use age restriction options on our platforms so that minors cannot visit our pages. Our closed communities are only accessible to registered adult smokers.”

The Let’s CML, Ganz Genau and Full of Spirit websites require users to tick a box confirming that they smoke and are over 18. All three ask for the user to enter a name, address and date of birth, which are checked against official records to ensure they correspond to a real person with a residence in Germany. 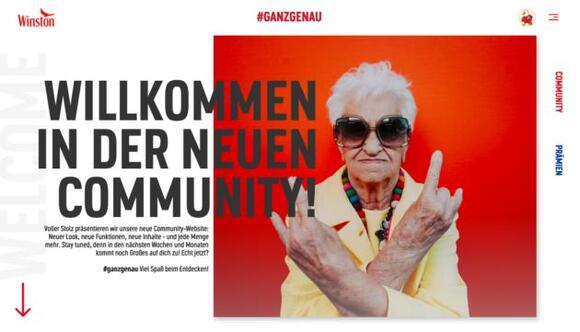 The brands’ social media pages have run adverts on Instagram or Facebook, where the prospective audience is huge. One advert run by an American Spirit page, for instance, had a potential reach of at least 1m people, according to Facebook’s ad library. It received more than 50,000 impressions and almost half the people who viewed it were aged between 18 and 24.

Camel was recently running seven separate sponsored adverts on Instagram to promote a competition for 10 AirPod Pros, while a Winston page had placed five adverts across both Facebook and Instagram.

The vast majority of Facebook’s revenue comes from advertising . In this case, although the company states it does not allow ads for tobacco products on its platform, it draws a distinction between advertising products and advertising brands, allowing it to keep accepting money from tobacco companies.

JTI also runs a website called Sei So Frei (“Be So Free”), which pays “homage to joie de vivre, enjoyment, diversity and independent action”, and has associated Facebook and Instagram pages. The Sei So Frei Facebook page has amassed almost 10,000 followers.

Before the pandemic, the Sei So Frei website gave away tickets for major festivals in Germany, including Rock im Park, Deichbrand, Wacken and Highfield. The company says that it hopes to resume competitions for festival tickets this year.

KK03 also represents Camel and American Spirit, and has used its Instagram account to advertise a brand ambassador job for “one of the biggest and most famous cigarette manufacturers”.

The job posting was listed alongside a photo showing a slogan in the blue and yellow of the Camel brand. It sought a well-connected student that could promote cigarettes at events including house parties. JTI did not comment on whether the vacancy had been filled or what, if anything, the appointed student had done to promote its brand.

JTI told the Bureau: “Minors should not smoke or vape and should not be able to obtain tobacco or vaping products.”