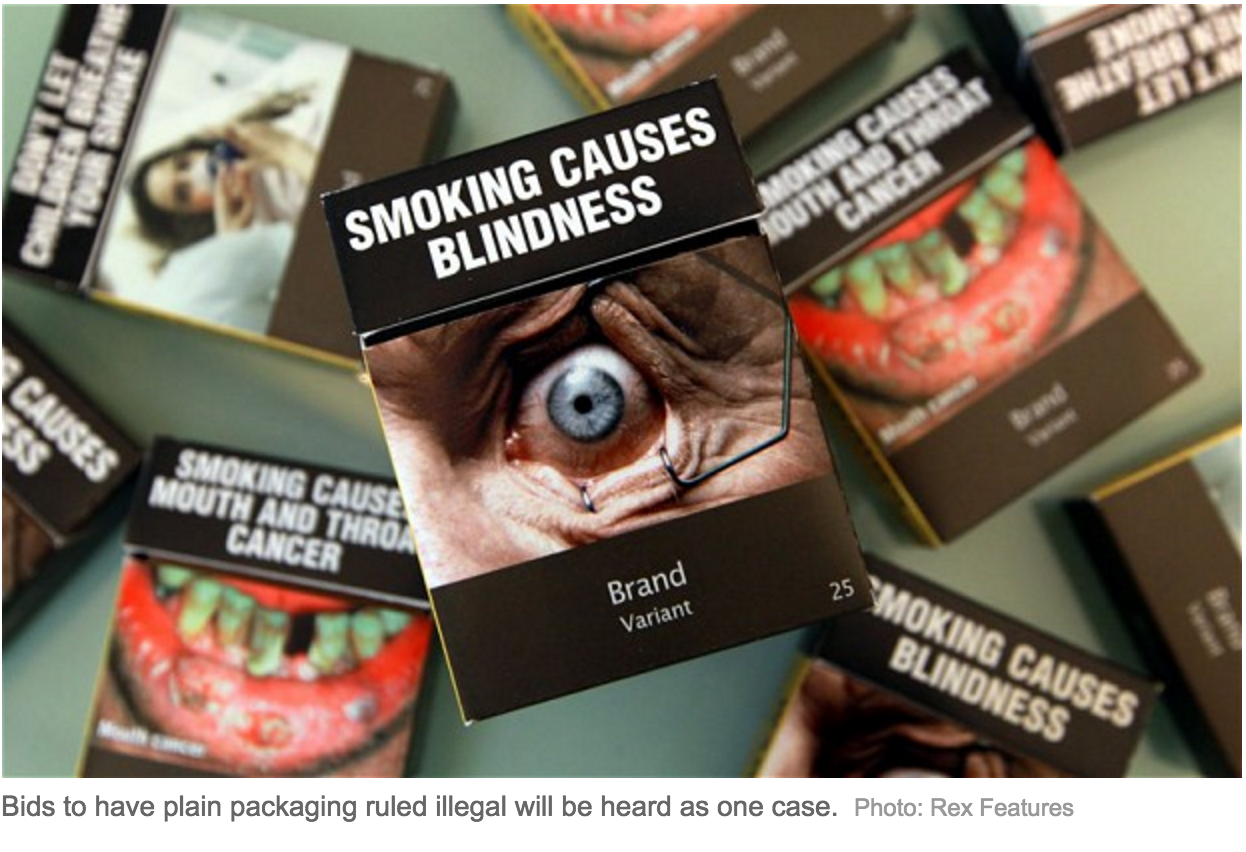 The world’s biggest tobacco companies will this week start their High Court battle with the Government over plans to sell cigarettes in plain packets, a controversial law that the manufacturers argue deprives them of their property rights.

FTSE 100 companies British American Tobacco and Imperial Tobacco, along with Marlboro maker Philip Morris International and Japan Tobacco, will line up against the Government on Thursday, when a six-day hearing will start.

The firms are not claiming compensation or costs, but if they succeed in scrapping the ban they could receive large payouts.

Although the companies originally lodged papers separately, their bids to have plain packaging ruled illegal will be heard as one case. The new law is due to come into force in May next year.

The four cigarette companies are co-operating with each other so that each one will present a different argument against the legislation on standardised packets.

Mr Justice Green will hear the case, with a decision expected by January. Whatever the outcome of the hearing, the side that loses will almost certainly appeal.

MPs voted to ban brands and logos on cigarette packets in March, becoming only the third country in the world to do so after Australia and Ireland.

The Government hopes the measures will make smoking less appealing, particularly to youths.

The tobacco companies, however, argue that the measures are unlawful. They believe plain packaging breaches European Union law on community trademarks and that they have been deprived of their valuable brands without compensation.

The firms will also argue that the introduction of plain packaging in Australia, in December 2012, did not lead to a reduction in smoking, although the Government is expected to counter by saying that it is too early to judge the impact of that ban.

In a separate case in Luxembourg, the manufacturers are also attempting to prove that the plain packaging measure in the UK exceeds the EU Second Tobacco Products Directive.

The advocate general will issue an opinion on the matter in less than three weeks, with a ruling to follow early next year. The outcome of the High Court battle will become irrelevant should the tobacco companies win in the EU, because they will have proven that the UK had no legal right to introduce plain packaging.

It is hoped that, even in the event of an appeal, the matter will have been decided one way or another before plain packaging is introduced in May.

If that looks unlikely, the companies are expected to try to delay the start of the ban.