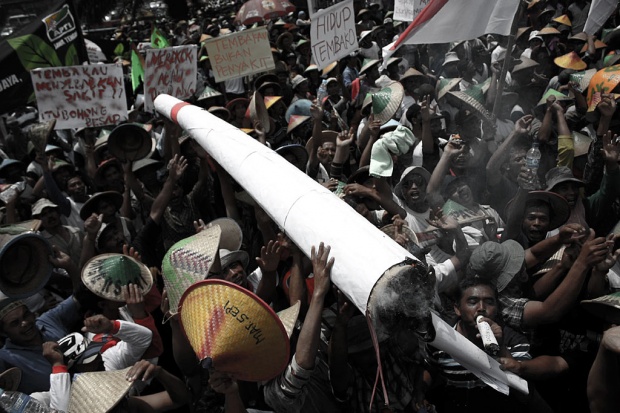 TEMPO.CO, Jakarta – Widyastuti Soerojo, head of the special division for control at the Indonesian Public Health Scholars Association (IAKMI), said that the index of tobacco industry interference in Indonesia over the last two years had been the highest in ASEAN.

Widyastuti revealed that the index of tobacco industry interference was formulated by involving three institutions, namely IAKMI, the Forum of Jakarta Citizens (FAKTA), and representatives of the World Health Organization (WHO). The index observation was conducted throughout 2015.

“Thousands of toxic and addictive substance were sold, and they were aggressive in maximizing the profits,” Widyastuti said.

Widyastuti claimed that the tobacco industry had been using political and economic powers to tackle policies and implement strategy to weaken policies in detailed, well-funded, and sophisticated ways.

“We can say that this is a new form of colonialism without using physical weapons, but selling culture or social norm, addiction and reaping profits,” Widyastuti added.

Widyastuti alleged that the government had allowed the tobacco industry to reap huge profits and degrade public health. This was indicated by former Industry Ministry Saleh Husin’s visit to tobacco companies a few months after his inauguration, as well as the issuance of Industry Minister’s Regulation on the Tobacco Industry Roadmap in 2015.