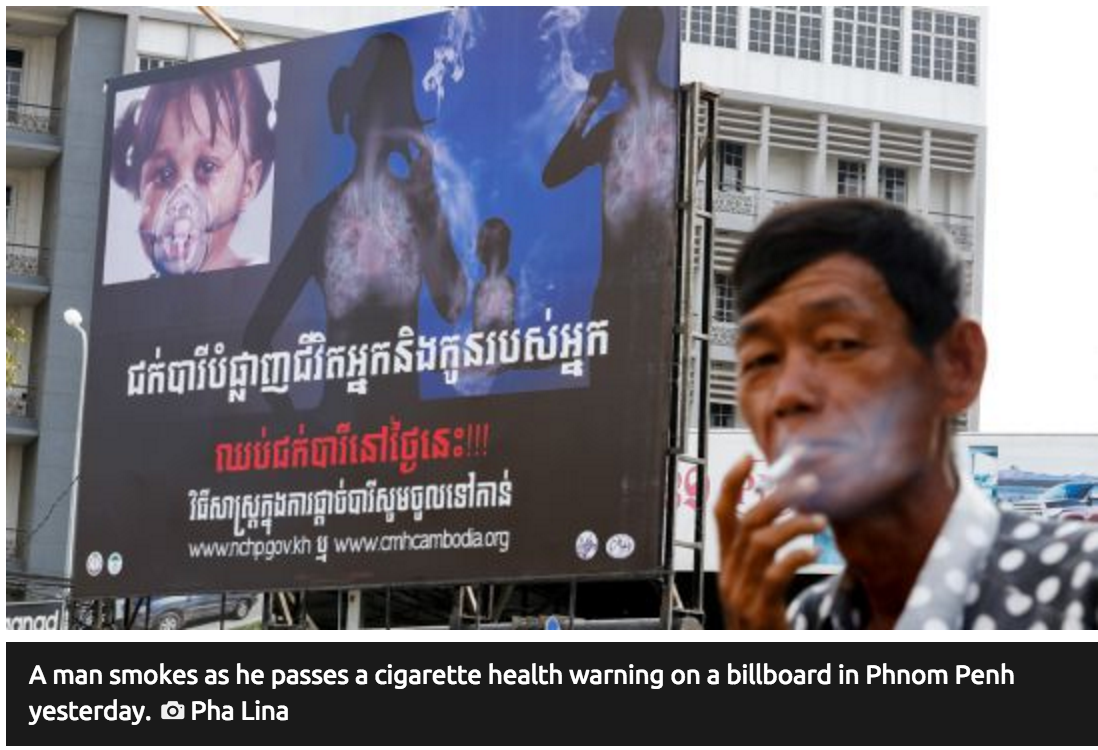 The Ministries of Health and Information are working together to put some teeth into last year’s law restricting the advertisement of tobacco products to sale locations.

In a workshop yesterday, ministry personnel, NGO staff and the media met to discuss cigarette companies’ non-compliance with the law. Mom Kong, executive director of the NGO Cambodia Movement for Health, said that since the law was passed in May 2015, tobacco sellers have continued to place ads in public places – from clubs to stores to parking lots.

“We still see the advertisements in forms that are contrary to what the law requires,” said Kong.

The government has made no enforcement moves thus far as the Tobacco Control Law specifies no penalties for violators, said Chhea Chhordaphea, director of the National Center for Health Improvement.

On January 13, the ministries wrapped up discussions on a draft decree on inspections and fines, Chhordaphea said. The draft will be filed to the Council of Ministers for review soon.

James Rarick, a WHO representative in Cambodia, said the tobacco industry is spending millions on ads and urged the government to enforce its laws.

According to the Ministry of Planning’s National Statistics Institute, about 2.3 million Cambodians light up daily and 10,400 people die of smoking-related complications each year.

British American Tobacco, which controls 40 per cent of the Cambodian market, according to the Southeast Asia Tobacco Control Alliance, wasn’t immediately available for comment.

Last year’s law also banned sales to minors under 18, mandated that warning messages cover at least half of the pack and set restrictions on tobacco imports for personal use.