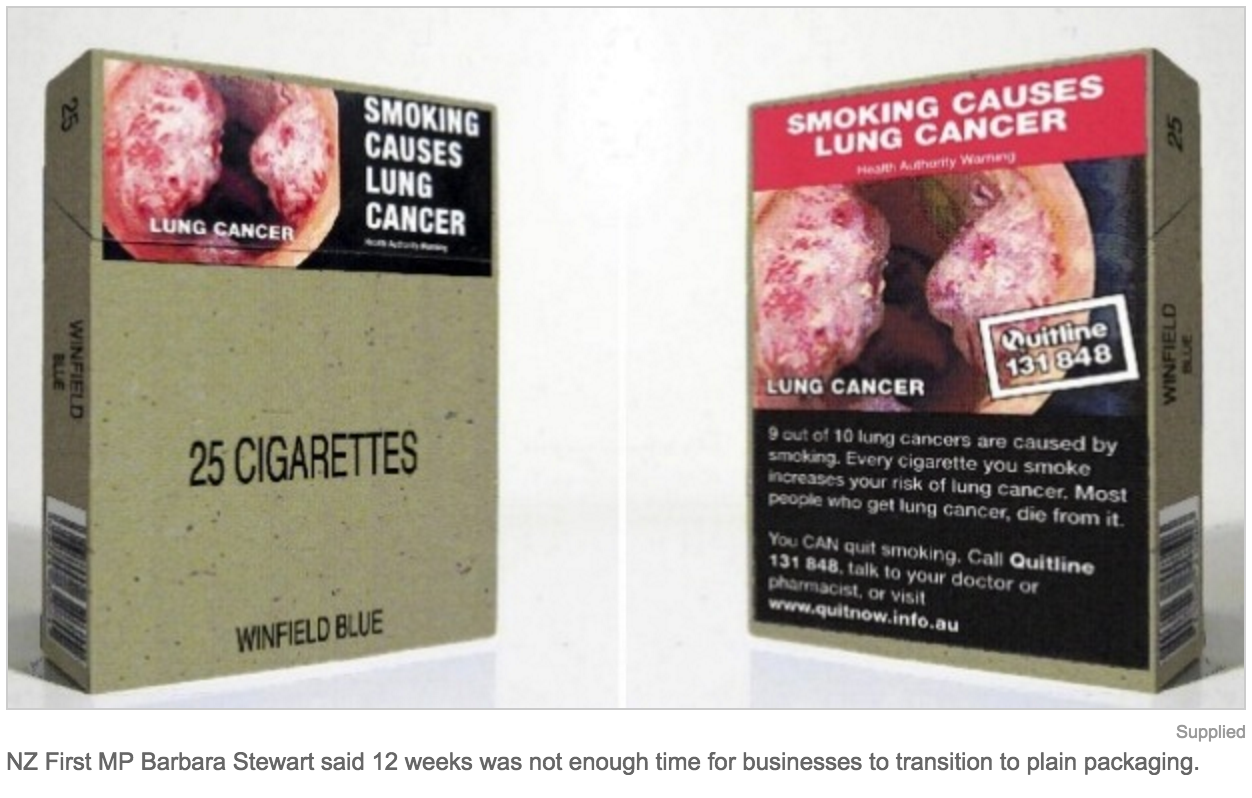 Plain packaging for cigarettes has taken another step towards reality, despite suggestions that manufacturers and retailers should be given more time to sell their old stock.

The Smoke-free Environments (Tobacco Plain Packaging) Amendment Bill is heading to its third and final reading at Parliament, after passing the committee stage by 108 votes to 13 on Wednesday morning.

The law would make it illegal for tobacco companies to print any branding on cigarette boxes, only allowing the name in small plain type with graphic warnings about the risks of smoking.

NZ First MP Barbara Stewart accused the Government of rushing through the change, saying the transition period for retailers and manufacturers to replace their old stocks should be extended from 12 weeks to six months.

“The bottom line is that 12 weeks is not sufficient to basically get rid of all your old stock and sell it on,” she said.

“No doubt the minister would be very happy when some of these ram raids [by thieves] are carried out, because then all of the [branded] cigarettes and all of the tobacco is taken by these people.”

Stewart said although the bill had been introduced three years ago, a date had never been set for the law change.

Hipkins said the burden and cost of the plain packaging bill would fall on the tobacco industry.

“I have to say to the members opposite that they should search deeply within themselves to find their own moral conscience.”

Hipkins argued against Stewart’s support of business owners and said businesses had known about the law change since 2013 and “had plenty of time to prepare”.

“The cost will predominantly fall on the tobacco companies whose job, as I’ve said, is to kill people. That is what they set out to do.”