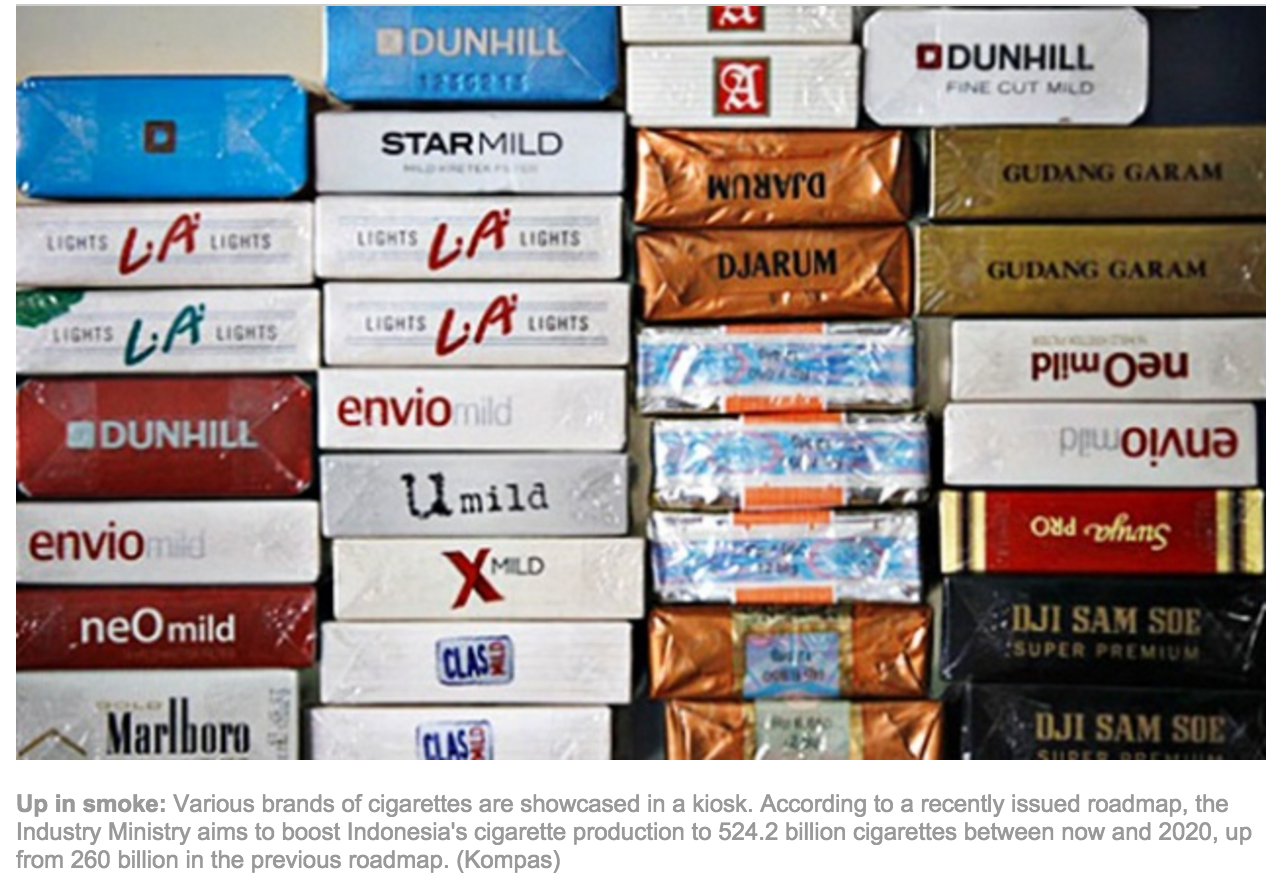 Thousands more jobs may be lost in the Indonesian tobacco industry, with companies preferring cheaper machine methods to hiring laborers, an expert has said.

Widyastuti Soerojo of the Public Health Scholars Association (IAKMI) said around 15,000 tobacco workers had lost their jobs last year as cigarette companies increasingly preferred to use machines rather than manual labor to produce cigarettes. In many cases, however, cigarette companies claimed that they had to fire workers as an impact of the implementation of tobacco control rules.

“The companies have used tobacco control as an excuse to fire their workers. At the same, according to our record, the production of cigarettes in Indonesia has continued to increase every year. If cigarette production is high, why do they need to fire thousands of workers?” asked Widyastuti.

Indonesia is likely to see further significant increase in cigarette production; a roadmap of tobacco production issued by the Industry Ministry aims to see 524.2 billion cigarettes produced between now 2020, up from the previous roadmap, which had a total production target of 260 billion cigarettes from 2015 to 2020, she went on.

Widyastuti said Industry Minister Saleh Husin had stated that the government considered the cigarette industry a labor-intensive industry and wanted to ensure it could employ more people.

The problem was, she said, the country’s cigarette industry now preferred to use machines, rendering it unable to employ large numbers of people.

“Doesn’t [Saleh] realize that the companies can produce 5 billion cigarettes by manual operation? Instead, companies consider it more profitable and efficient to use machines than manual labor,” he said.

With a shifting workforce, Kartono said, Indonesia’s cigarette industry should no longer be considered a labor-intensive industry, negating the government’s labor-related reasoning for pushing cigarette production.

Tobacco activists on Thursday called on Saleh to withdraw the tobacco roadmap, saying that it was aimed only at boosting tobacco production, consequently increasing the negative effects of tobacco use on public health.