WASHINGTON, Feb. 12, 2017 /PRNewswire/— Tobacco is not an equal opportunity killer. For decades, African Americans, low-income neighborhoods, LGBTQ communities and those with mental illness have been disproportionately affected by tobacco use—a result of profiling by the tobacco industry.

During tonight’s 59th annual GRAMMY Awards, a new truth campaign called #STOPPROFILING will shine a light on how the tobacco industry deliberately singles out communities that already face adversity and inequality with aggressive marketing tactics that equal profiling. The campaign features television host and comedic actress, Amanda Seales, known for her ability to take serious topics and make them resonate with a youth audience. Launching with two TV ads, the campaign will also include more than 10 pieces of custom content across digital and TV platforms.

The #STOPPROFILING campaign underscores that tobacco use is more than a public health issue, it’s a social justice issue. The fact-based truth campaign debuting tonight highlights two of these injustices specifically aimed at African American and low income neighborhoods as detailed below:

“The tobacco industry’s profiling marketing model means that where you live, who you love, your ethnicity, mental health, and income influence whether you smoke,” said Robin Koval, CEO and president of Truth Initiative, the national public health organization that directs and funds the truth campaign. “Tobacco is still the number one cause of preventable death and we’re sending a loud and clear message to the tobacco industry that what they do is not target marketing. It’s profiling and it has to stop.”

This isn’t the first time that truth has called attention to the marketing tactics of the tobacco industry. In 2008 and 2013, truth exposed “Project SCUM: Sub-Culture Urban Marketing,” a 1996 tobacco company marketing campaign targeting LGBT and homeless people.

Though teen smoking of traditional cigarettes reached an all-time low of 6 percent in 2016, #STOPPROFILING shows that it’s no coincidence that prevalence rates among certain communities are higher:

“Today’s teens are a generation with an unyielding commitment to diversity, inclusivity and equality,” said Koval. “It’s well documented that teens are passionate about social justice issues.  By arming them with the facts about tobacco industry profiling tactics, we are empowering them to be the generation to end tobacco in every community nationwide.”

Youth can call out tobacco industry profiling as it happens by tagging @truthorange and #STOPPROFILING. truth is also mobilizing youth nationwide via thetruth.com.

#STOPPROFILING is the latest extension of truth‘s Finish It campaign, which began in 2014. As part of the movement, millions of teens have taken steps to make their generation the one that ends smoking for good by taking action both nationally and locally through social media and on-the-ground community efforts.

The Finish It campaign and new #STOPPROFILING ads were created by truth‘s advertising agency of record 72andSunny. Media planning and buying is handled by Assembly, truth‘s media agency of record.

truth® is one of the most successful and one of the largest national youth tobacco prevention campaigns. The campaign exposes the tactics of the tobacco industry, the truth about addiction, and the health effects and social consequences of smoking. truth gives teens facts to make their own informed choices about tobacco use and inspires them to use their social influence and creativity in the fight against tobacco. The campaign is credited with preventing hundreds of thousands of teens from starting to smoke, and is working to make this the generation that ends smoking for good. To learn more, visit thetruth.com. truth is part of Truth Initiative, a national public health organization dedicated to achieving a culture where all youth and young adults reject tobacco. To learn more about Truth Initiative’s work speaking, seeking and spreading the truth about tobacco, visit truthinitiative.org. 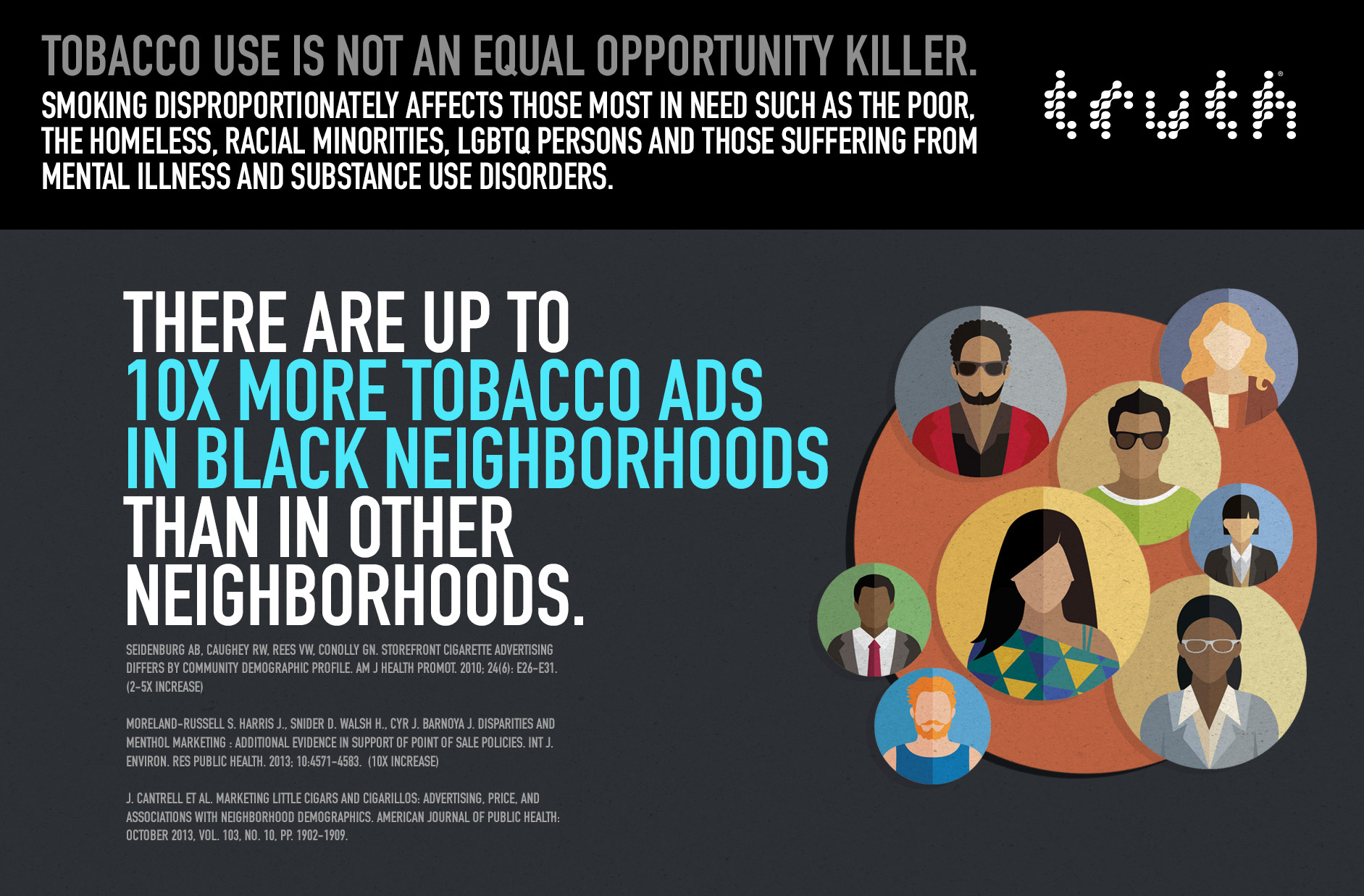 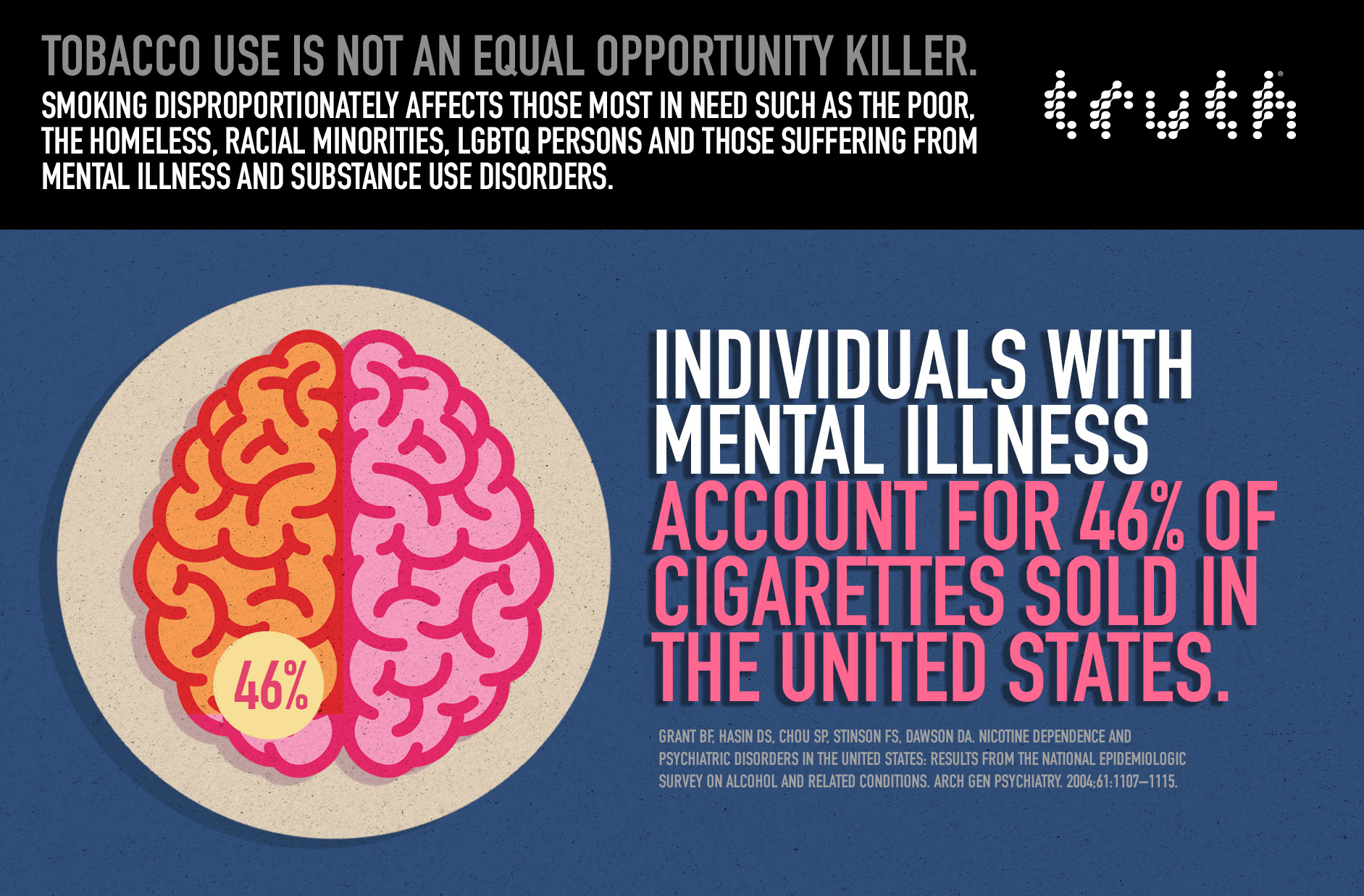 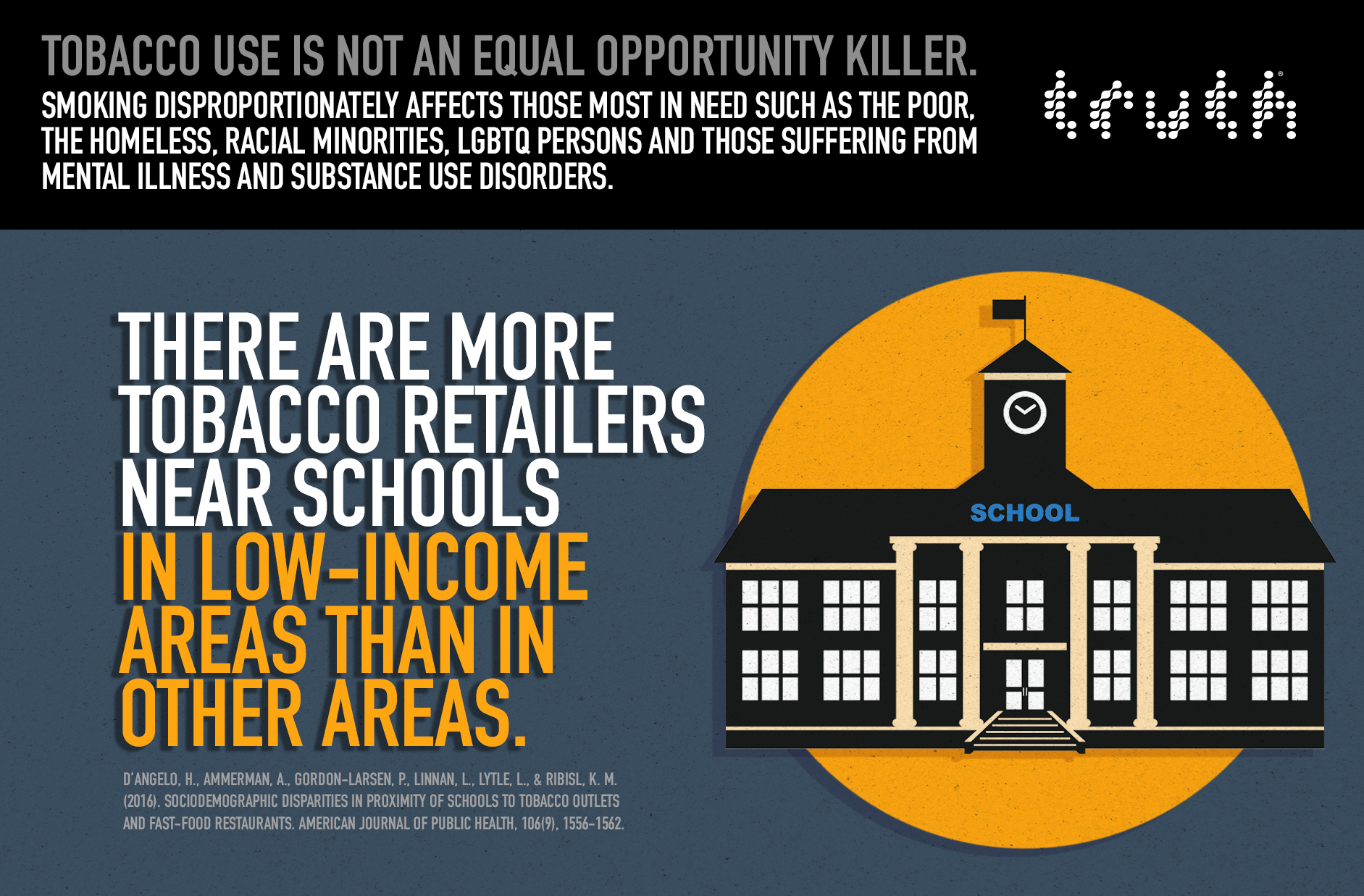 To view the original version on PR Newswire, visit:http://www.prnewswire.com/news-releases/truth-calls-out-tobacco-industry-for-profiling-disguised-as-target-marketing-300405976.html