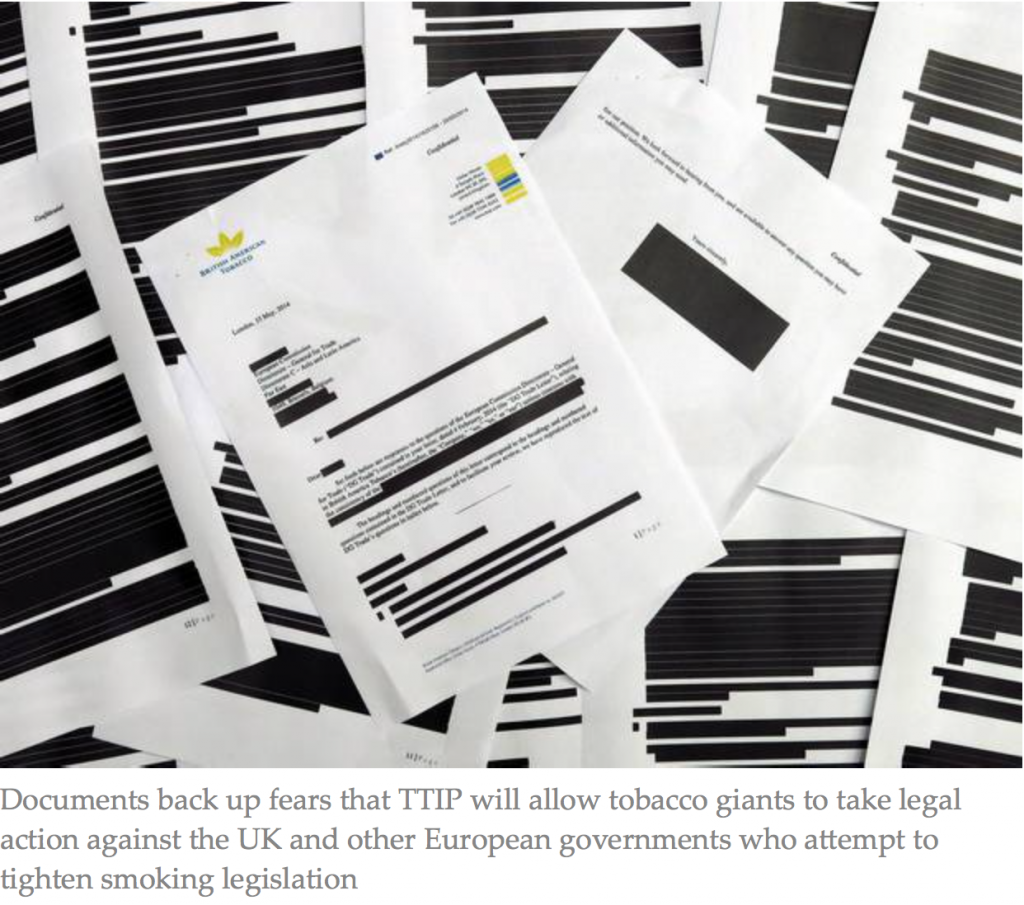 The European Commission has been accused of a cover-up after refusing to release details of talks between its officials and the tobacco industry during negotiations over the proposed Transatlantic Trade and Investment Partnership (TTIP) treaty.

But the documents, as released, revealed little else.

Almost all the content, including the names of officials and tobacco lobbyists involved, the issues discussed and even the dates some meetings took place, had been redacted. 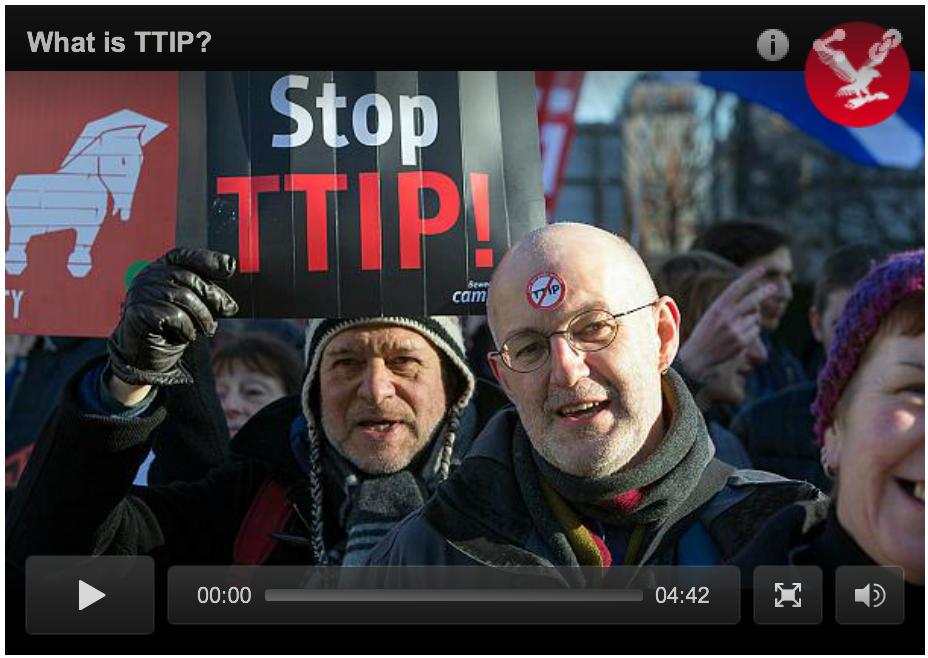 Critics of the trade talks, which centre on reducing the regulatory barriers to international trade for big business, said the documents back up fears that TTIP will allow tobacco giants to take legal action against the UK and other European governments who attempt to tighten smoking legislation.

So-called “Big Tobacco” firms have already used similar legislation to sue countries around the world: Philip Morris used a comparable trade treaty to take legal action against Australia over mandatory plain cigarette packaging and is also suing Uruguay in a $25m lawsuit over its attempts to enlarge health warnings on cigarette packets.

The heavily redacted documents were released by Catherine Day, Secretary-General of the European Commission, in reply to a freedom of information transparency request by the research and campaign group Corporate Europe Observatory (CEO).

They include a 14-page letter from British American Tobacco, written on 15 May last year from the company’s London office, which sets out its “serious concerns with the consistency of [redacted]”. 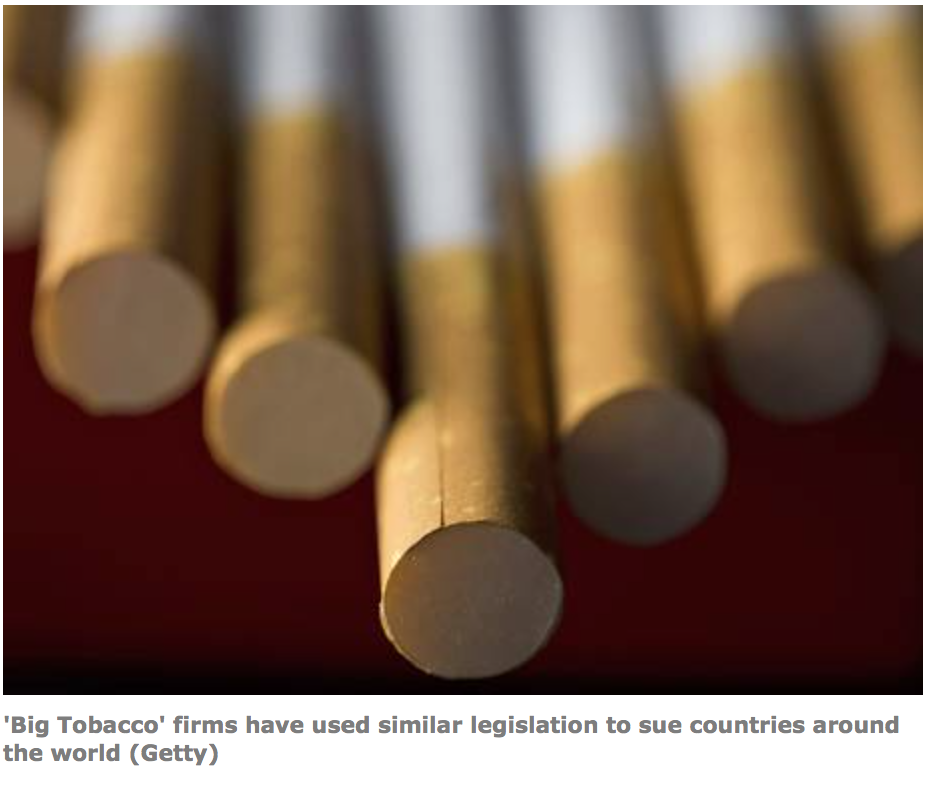 In another document – a one-page summary of a meeting between Commission officials and the US cigarette firm Philip Morris – even the date of the meeting is removed.

CEO had argued for full disclosure of the documents citing the EU’s freedom of information law and the World Health Organisation’s Framework Convention on Tobacco Control. The latter’s guidelines oblige governments to limit interactions with the tobacco industry to a minimum and to ensure full transparency of those interactions that occur.

Ms Day refused the request allowing only “partial access” stating that the documents “contain elements that relate to the Commission’s negotiating position with regards to tobacco in the ongoing bilateral negotiations for a free trade agreement with the USA and Japan.” 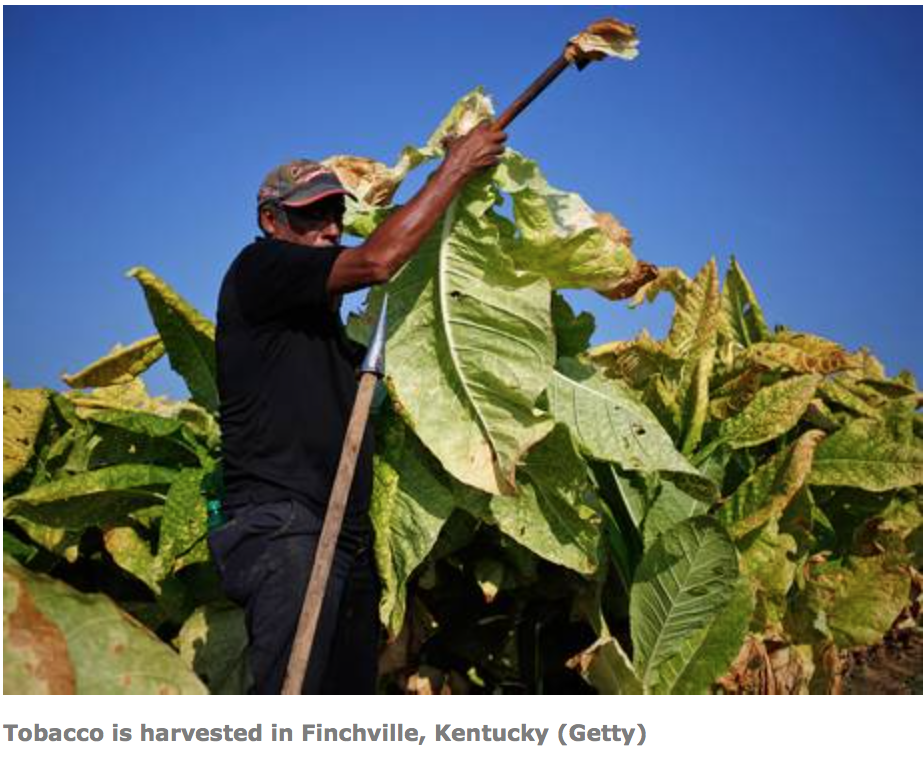 She said: “Whilst I fully recognise the importance of transparency in enabling citizens to follow trade negotiations, I take the view that this public interest does neither outweigh the public interest in protecting the Commission’s international relations and decision-making process, nor the commercial interests of the companies in question in this case.”

The Secretary General said disclosure of the discussions with BAT would reveal the Commission’s negotiating positions and tactical considerations which, in turn, would weaken the EU’s position in the ongoing trade talks.

The CEO campaign group has said it was “deeply concerned about the Commission’s secrecy around its relations with tobacco industry lobbyists” and is preparing a complaint to the European Ombudsman.

Campaigners fear that a system of international-state dispute settlements (ISDS) created by TTIP will allow multinational firms including tobacco companies to sue European governments in tribunals ruled upon by lawyers.

Reacting to the publication of the redacted documents, TUC General Secretary Frances O’Grady said: “Trade agreements must be negotiated in the public interest not for private profit. The agreements currently being negotiated allow foreign investors, such as tobacco companies, privileged access to huge compensation payments for democratically-made decisions that might threaten their future profits.

“The TUC believes there is no place for such ISDS provisions in any trade agreement. A level playing field means the same arrangements for foreign investors as for workers, consumers and other stakeholders. EU trade negotiators must operate on the principle that their negotiations should be public unless there is a good reason for confidentiality. Sadly, they seem more wedded to keeping this secret unless they are forced into the open.” 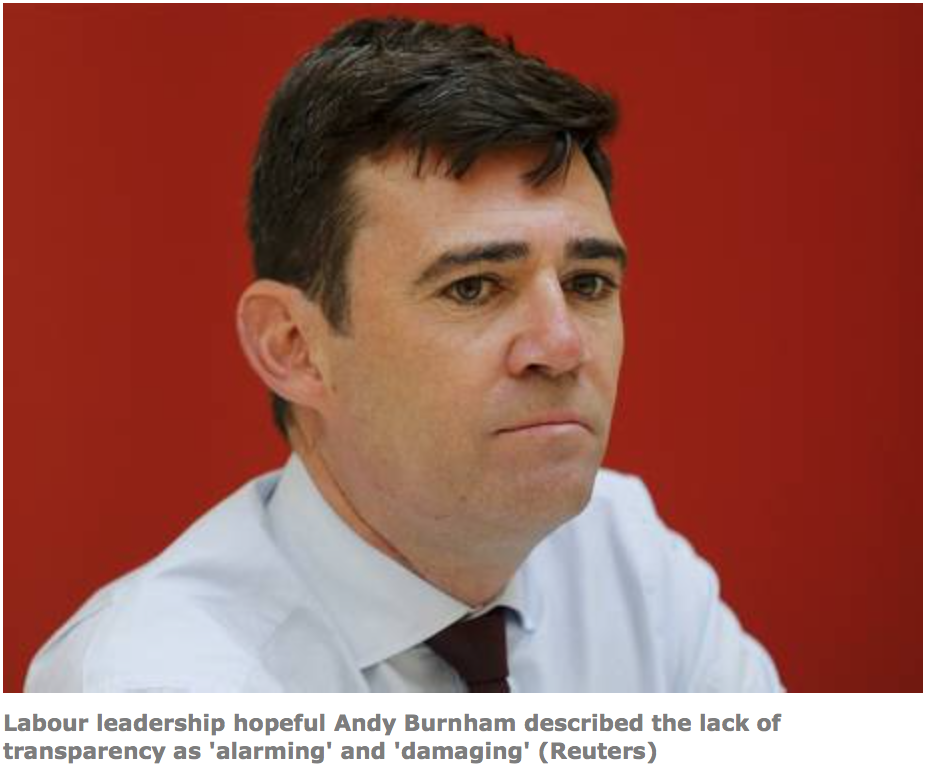 Labour leadership candidate Andy Burnham told The Independent he would give “no guarantee of support” for the TTIP deal if he was elected.

He said: “The alarming lack of transparency in the TTIP negotiations has damaged public confidence in the entire process. In particular, the involvement of big tobacco in those discussions raises serious concerns and appears to go against commitments under the World Health Organisation’s Framework Convention on Tobacco Control not to include tobacco companies in policy discussions. There must be a full and open public debate about its merits and challenges before any decision is made.”

The European Union claims a number of “myths and false claims” have been made about TTIP including one that “big business is calling the shots on TTIP”.

In a briefing document on “the top 10 myths of TTIP: separating fact from fiction” the European Commission says: “The TTIP talks are the most open ever for a trade deal and our negotiators are consulting widely.” 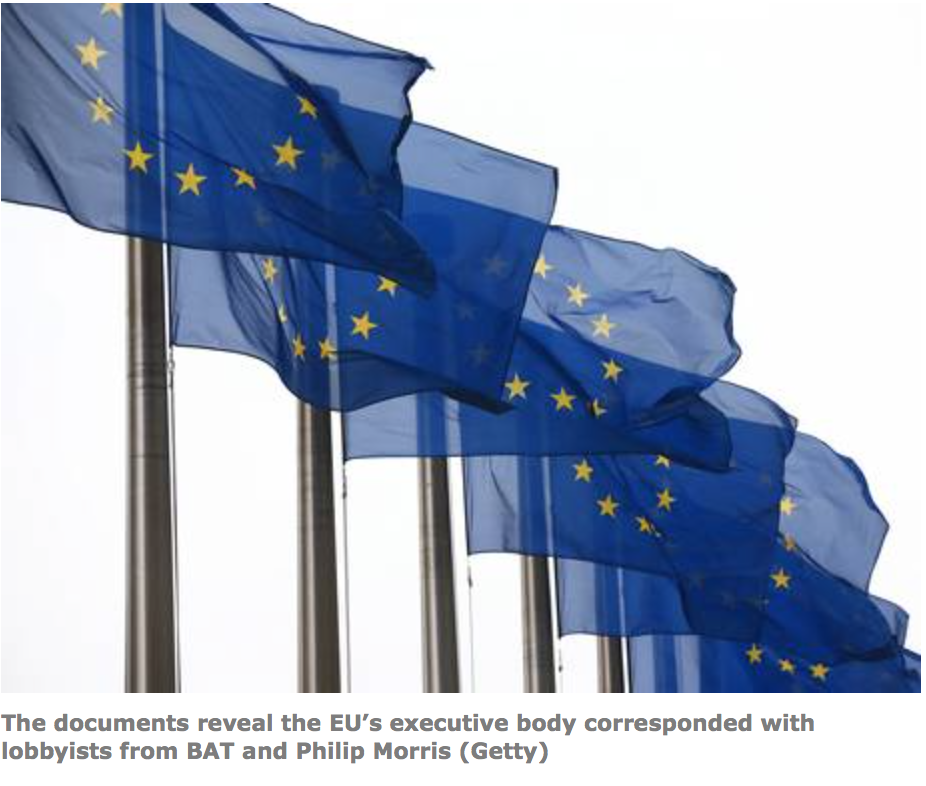 That claim was dismissed as “laughable” by campaigners last night. Blanche Jones, Campaigns Director at political activist group 38 Degrees, said: “These redacted documents prove that the officials behind TTIP, a deal that will affect millions of people, are laughing in the face of democracy. What use is a document with almost all of the words blacked out? It must be suspicious to keep it so secret.

“Leaks to the TTIP text so far have revealed huge dangers for our rights, our public services and our environmental protections. 38 Degrees members are calling on the European Commission to end this nonsense now – the public has a right to know what powers big businesses are lined up to get.”

Labour MEP and European health spokesperson Glenis Willmott said: “I’m deeply concerned that the Commission is not prepared to give further details on its dealings with the tobacco industry.  The Commission’s reply states that the public interest in transparency does not outweigh the commercial interests of the companies in question.  Yet there is a fundamental conflict between the public interest and commercial interests of the tobacco industry, which rely on the promotion of a product that is the leading cause of preventable death and disease in Europe.

“Given the importance of strong tobacco control policies in protecting public health, I think it’s entirely reasonable for the public to have an interest in tobacco industry lobbying on TTIP.”

Although MEPs cannot start or stop trade talks the European Parliament can approve or reject TTIP once negotiations, set to continue beyond 2016, are concluded.

A spokesperson for British American Tobacco said: “The letters that were shared do not relate to any tobacco control measures nor do they attempt to influence tobacco control regulations; but rather contain commercially-sensitive information relevant to the Commission’s various negotiations regarding free trade agreements.

“Commission officials have the right to hear all views that impact the whole of the EU business community when formulating new trade agreements. We advocate transparency in all of our communications where it does not conflict with commercial confidentiality and sensitivities, and believe that  all sides should adopt this approach.”