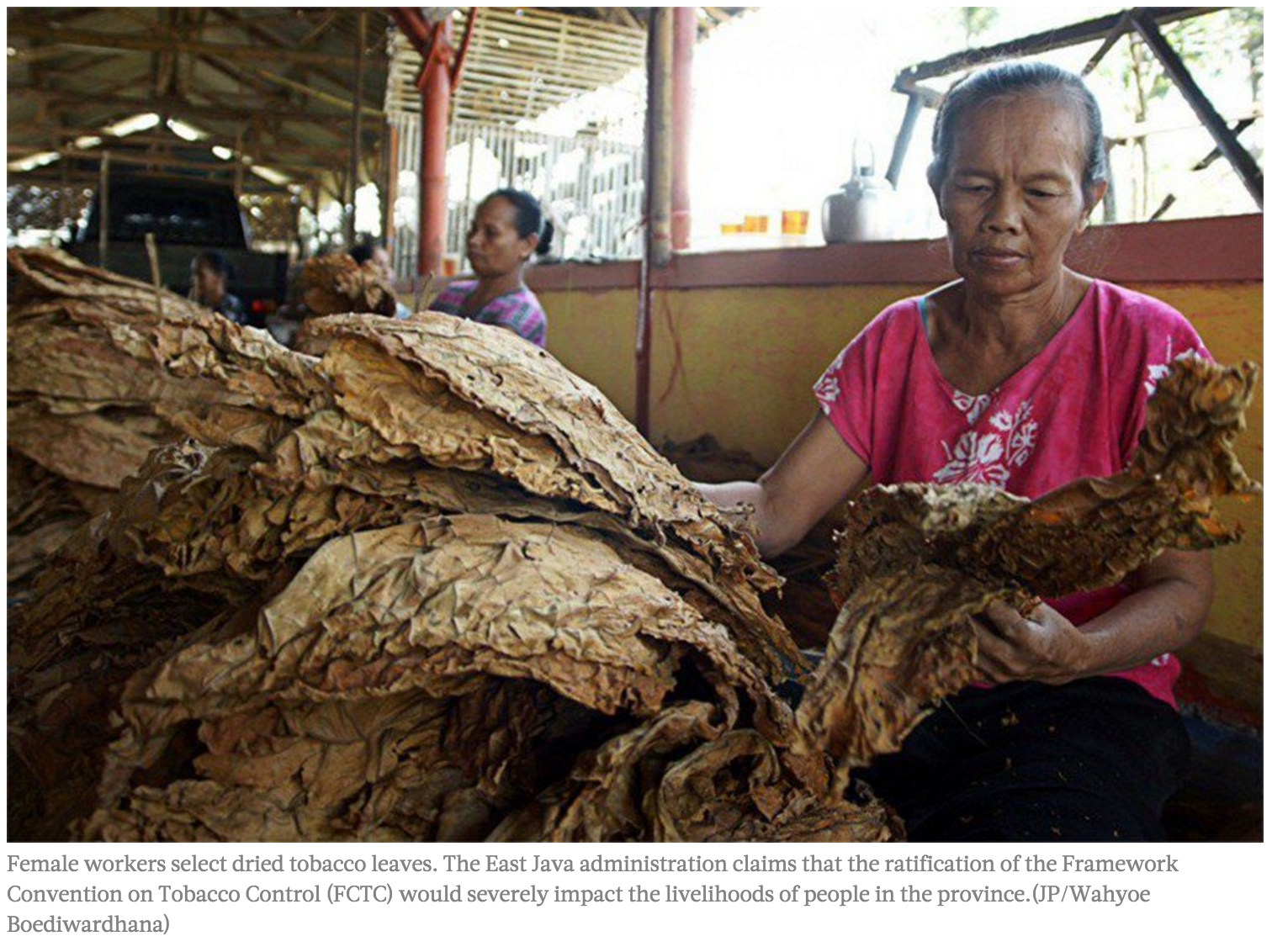 Low wages paid to workers in the tobacco industry stand in stark contrast to the fortunes made by their employers and earning corporate owners places on the country’s rich list, an academic has said.

Tobacco companies only wanted to protect their own business interests and often used the workers argument as a rhetorical shield against tobacco control policies, while in fact, the workers’ lives were far from prosperous, said Hasbullah Thabrany, a professor of public health at the University of Indonesia (UI).

“Workers are paid low wages, while tobacco businessmen become the richest people,” he said during a seminar about tobacco control held in Bogor over the weekend.

Data from the Central Statistic Agency (BPS) from 2013 to 2014 show that tobacco workers received lower wages than their peers in other industries, namely textiles, rubber and plastic products.

One reason for their low pay was the fact that most of the workers are housewives and therefore not considered to be the backbone of family income, Hasbullah said, adding that a shift from human labor to machines had contributed to layoffs.

“It is possible that the layoffs at small tobacco companies occurred because they could not compete with big companies,” Hasbullah added.

Around 15,000 tobacco workers lost their jobs last year as cigarette companies are increasingly turning to machines to produce cigarettes, according to data from the Public Health Scholars Association (IAKMI). (win/rin)