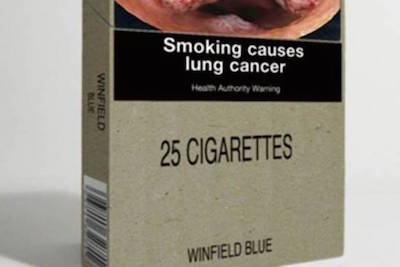 Ukraine has dropped a lawsuit against Australia over its plain-packaging tobacco laws, according to the World Trade Organisation. The Eastern European country has suspended the legal proceedings it launched against Australia through the World Trade Organisation (WTO) in 2012 which claimed the laws were trade-restrictive. Instead, Ukraine has told a WTO panel of adjudicators they hope to find a mutually agreed solution with Australia.

Ukraine was the first of five countries to challenge Australia’s laws at the WTO, even though it does not export tobacco to Australia. Health campaigners were perplexed by Ukraine’s lawsuit because it is also a party to the United Nation’s Framework Convention on Tobacco Control and backed guidelines on how to implement the treaty, including enforcing plain packaging. British American Tobacco has previously said it was helping meet Ukraine’s legal costs in the case against Australia, with individual companies unable to pursue litigation via the WTO. There was no indication lawsuits would be dropped by the other countries challenging Australia’s laws Indonesia, Cuba, Honduras and Dominican Republic.

If Australia wins the legal battle, the effects could be felt beyond the tobacco industry with supporters and opponents pointing out similar rules could be imposed on junk food and alcohol. Under WTO rules, Ukraine’s suspension could last 12 months, after which its right to return to the panel proceedings will lapse. The WTO adjudication panel has previously said it expected to rule on the tobacco lawsuits against Australia in the first half of next year.