Bangkok, 26 September 2018: Among more than 7 million people killed by tobacco-caused diseases globally each year, more than 500,000 occur in ASEAN according to the fourth edition of the ASEAN Tobacco Control Atlas released today by the Southeast Asia Tobacco Control Alliance (SEATCA) on the occasion of the 3rd UN High-Level Meeting on Non-Communicable Diseases (NCD) taking place in New York City on 27 September.

41 million people are killed each year by NCDs, including heart disease, cancer, diabetes and lung disease, for which tobacco use is a leading but entirely preventable common risk factor. Tobacco use is also inextricably linked to poverty, as nicotine addiction drives smokers to spend a large proportion of their income on tobacco and reduces the amount of money available for basic necessities such as food, health care, and education. The economic and societal costs of tobacco-related diseases are staggering and cost an estimated US$ 1.4 trillion annually in tobacco-related healthcare costs and lost productivity due to illnesses and early deaths. 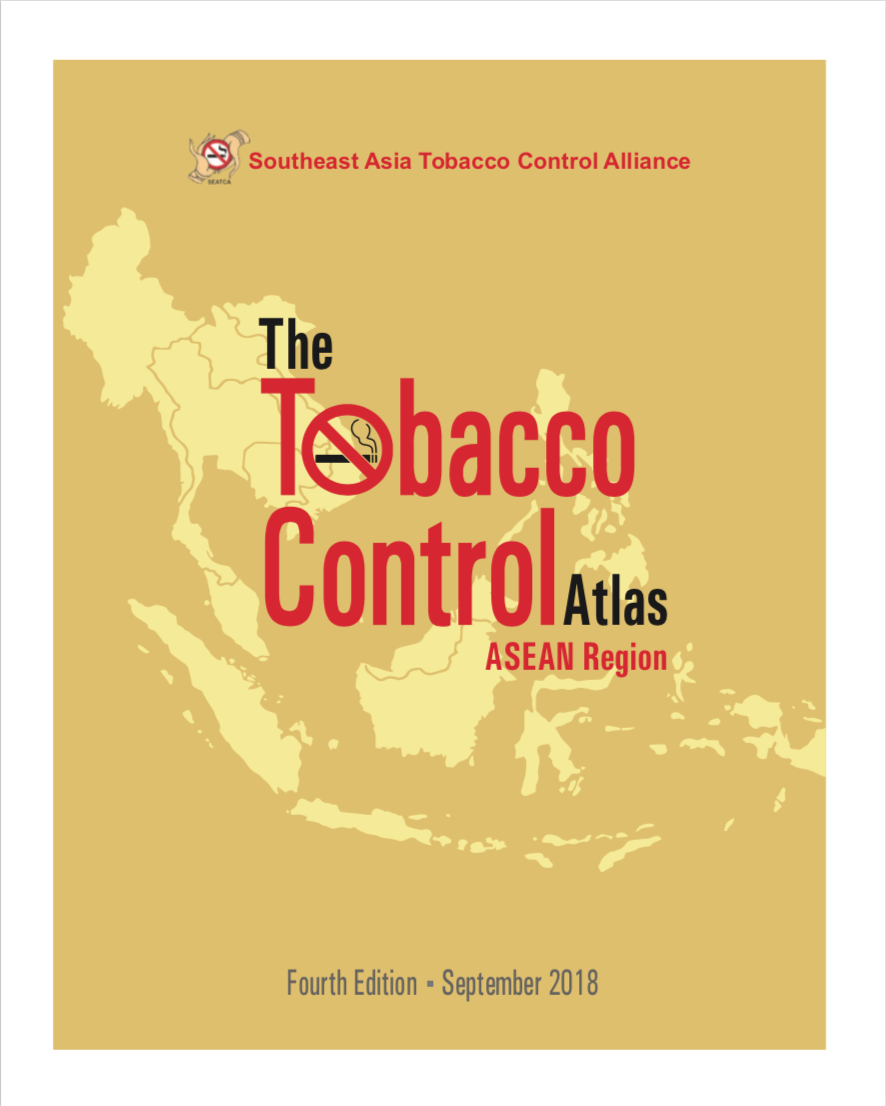 The fourth edition of the ASEAN Tobacco Control Atlas highlights both theprogress that has been achieved by ASEAN countries and the gaps and challenges that remain. “This updated atlas captures in detail the continuing battle waged by the tobacco industry against public health. The good news is that countries are fighting back to protect health and save lives. The bad news is that progress isn’t fast enough,” said Dr. Ulysses Dorotheo, Executive Director of SEATCA.

“This atlas reminds governments of their obligation to protect present and future generations from the devastating health, social, economic, and environmental harms of tobacco by fast-tracking implementation of tobacco control measures as contained in the WHO Framework Convention on Tobacco Control (FCTC), such as substantial tobacco tax increases, adopting a code of conduct in dealing with the industry, comprehensive bans on tobacco advertising, promotions including pack displays and sponsorship, 100% smoke-free policies, plain tobacco packaging, and setting up sustainable financing mechanisms to finance tobacco control programs,” remarked Dorotheo.

Other highlights in the Atlas:

SEATCA is a multi-sectoral non-governmental alliance promoting health and saving lives by assisting ASEAN countries to accelerate and effectively implement the evidence-based tobacco control measures contained in the WHO FCTC. Acknowledged by governments, academic institutions, and civil society for its advancement of tobacco control movements in Southeast Asia, the WHO bestowed on SEATCA the World No Tobacco Day Award in 2004 and the WHO Director-General’s Special Recognition Award in 2014.