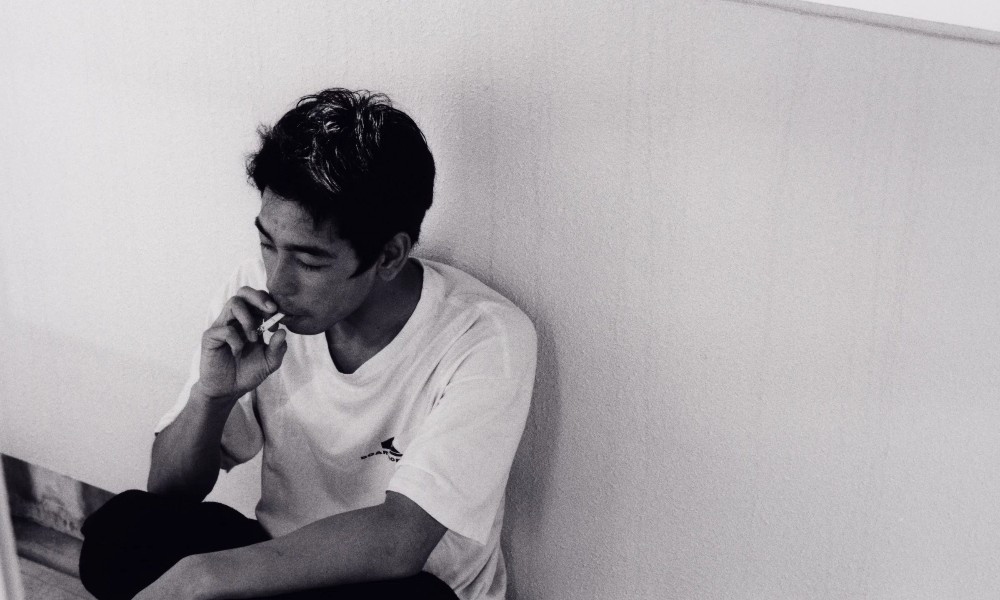 Why you need to know

Battleground Jakarta: Big Tobacco calls Indonesia its ‘crown jewel’; in a country of 250 million people, 70% of men are smokers and more than a quarter of its children start the habit before they reach 10. While top politicians appear comfortable with hundreds of thousands of people dying from smoking-related illnesses each year, city mayors and religious leaders are taking up the fight.

Dr. Ehsan Latif is director of the department of tobacco control at the International Union Against Tuberculosis and Lung Disease and has been working for years to introduce tougher anti-smoking laws in Indonesia.

A lack of political will “at the top,” Latif says, remains a key problem in making progress in the country.

“We can blame the tobacco industry as much as we want,” he told The News Lens International (TNLI). “The focus for the government should be the health of its people. The priority is: Indonesia needs to be an economic power, it needs to grow. They are not even considering health.”

Dr. Kartono Mohamad, former chair of the Indonesian Medical Association and current representative of the Tobacco Control Network, has worked for more than 30 years against the tobacco industry in Indonesia.  He attributes the political apathy, in part, to the fact that the financial burden associated with smoking-related illnesses — more than 200,000 people each year die from tobacco-related illnesses — does not directly hit government coffers.

“In Indonesia healthcare is paid for directly by the patient, out of their own pocket,” he told TLNI from Jakarta. “The government doesn’t feel that is a burden to the economy. The economy of the family, yes, but the government, they don’t feel it.”

Amid the soft government response, tobacco companies have been thriving in Indonesia. In an interview with The Wall Street Journal published earlier this month, the head of Philip Morris International’s Indonesia subsidiary said there were “huge opportunities” for the world’s second-biggest tobacco company to grow its business. He described Indonesia as “the crown jewel” of Philip Morris International’s investments and predicted the market will continue to expand over the medium-term among the rising middle-class.

According to the World Health Organization (WHO), just shy of 40% of Indonesia’s adult population are smokers, with the rate for men above 70%. Research by the World Lung Foundation shows that in addition to the more than 58 million active smokers in Indonesia aged 10 years and older, more than 30% of Indonesian children start smoking before the age of 10. Tobacco causes one in five male deaths and one in 12 female deaths.

Latif believes that given the Indonesian government’s ostensible lack of concern for the health impact of smoking, anti-tobacco lobbyists need to show the “missing link” between tobacco and the economy.

“On one side Indonesians are very interested in economic growth but they don’t link the health of the people to this economic growth,” he says. “If your skilled labor and your highly qualified people keep dying premature deaths because of tobacco use, you are losing a lot of productivity. That is what we’ve been trying to emphasize.”

However, the government itself is actually highly dependent on tobacco. According to a 2013 WSJarticle, more than 5% of Indonesia’s annual tax take comes from the industry.

“The government is very much in need of money,” Mohamad says. “When they get promises from the tobacco industry that they are going to invest more in Indonesia, then the government will bow to them.”

The Edinburgh-based Latif, who started his career as a pediatrician in Pakistan and now works on tobacco control globally, says the tobacco industry uses “the same tactics” throughout the world.

This involves a “two-pronged attack,” he says: direct lobbying of policymakers, parliamentarians and officials; and work at the grassroots level with tobacco industry workers and others, like retailers and bars, who directly benefit from cigarette sales.

“[In Indonesia] they have these front groups who come out and launch a protest against the government, the administrations, anybody who is trying to legislate against [tobacco],” Latif says. And the companies use their influence to exploit local media.

“As soon as there is a demonstration, even if it is 20 people, it gets highlighted in the Indonesian press,” he says, adding that this “scares” politicians from launching anti-tobacco policies.

“They create an environment of uncertainty that the politicians don’t like.”

Mohamad agrees that the battle has become more difficult, particularly at “the central government level” because the “tobacco industry is using their money to influence.”

“The tobacco industry already has implanted their cronies at central government level, including the parliament,” he says.

Asked whether the tobacco industry also has influence over Indonesian judges, Mohamad says it “is very difficult to evaluate because the judicial system in Indonesia is also corrupt.”

Indonesia has not signed up to the WHO’s Framework Convention on Tobacco Control (FCTC) — Latif notes it is now lagging behind most other Southeast Asian countries. Typical “demand-side” initiatives seen in many countries are not yet in place; anti-smoking advocates want to see 100% smoke-free environments, graphic health warnings, total bans on all types of tobacco advertising and sponsorship, and taxes on tobacco products lifted to 70% of the retail price.

Given the lack of progress at the senior government level, advocates are instead helping lower level politicians and officials across the archipelago formulate local tobacco controls.

“We are working with a mayors’ alliance, where all the mayors of Indonesia have come together and said they want to work on tobacco control. You can see some very good progress and legislation at the subnational level,” Latif says. “Jakarta has become tobacco billboard free, which is an important step. For other countries it might be considered a small step, for Indonesia it is huge. Bali, a tourist destination, has gone 100% smoke-free.”

Indonesia has the world’s largest Muslim population — more than 200 million people — and Latif says large religious organizations are also influencing the campaign. They are saying, “Look, tobacco and smoking is not something that really goes with the religion,” Latif says.

Mohamad says a lot of focus is also going into educating young people around the dangers of smoking.

“We try to create the awareness that they are becoming the target of the tobacco industry.”

Latif expects the “subnational momentum” to push central government toward signing up to the FCTC.

Legislators will see that “all the opposition by the tobacco industry is not working,” he says. They will also see that bartenders, retailers and all the other people who profit from tobacco sales, as well as the wider economy, have not had problems as a result of the new local laws.

“In our opinion it is working, slow, but working,” he says. “It is a practical model for the national policy makers to see and observe. We think it is going to tip the balance at the national level.”

If Indonesia accedes to the FCTC, lawmakers will be obliged, under the U.N treaties, to formulate national policies to conform to the convention.

“They would have to put in place both demand side policies and also supply side policies,” Latif says. “They are also then answerable to the World Health Assembly, and they need to report on the progress on tobacco control in their country.”

Importantly, once a country is party to the convention, it is then able to access much greater technical assistance from the WHO and other international tobacco control groups.

“You show your political commitment, and then they are able to come and support you.”

Still, Latif notes that signing up to the FCTC is not necessarily a silver bullet in the fight against tobacco companies.

“Some countries, when they signed they did not conform to any FCTC policies — more the low- and middle-income countries.”

Of course, Big Tobacco, like Philip Morris, with billions of dollars at stake in a massive and growing market, will not go quietly.

Mohamad says the “war against tobacco” remains tough because Indonesia is the only country in the world with a big population which is still very soft towards the tobacco industry.

“That is why the tobacco industry will try very hard to keep Indonesia under their control.”

As Latif says, Indonesia is “already a battleground” between health campaigners and companies.

“They are very concerned about the Indonesian market and they will do everything possible to retain this market.”