Every year, the World Health Organization (WHO) recognizes individuals or organizations from across the world for their accomplishments in tobacco control with WHO Director-General Special Recognition Awards and World No Tobacco Day Awards.

For World No Tobacco Day 2020, the honour goes to Dr Mom Kong, Executive Director, Cambodia Movement for Health, who received the only WHO Director-General Special Recognition Award to be given out this year. 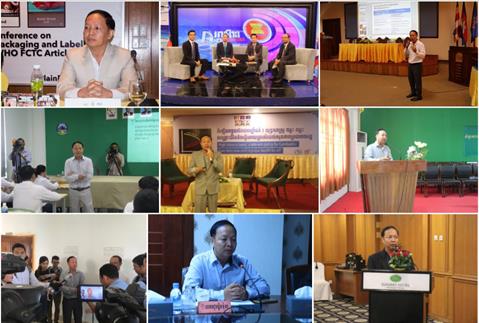 Through his 20 years of dedication to tobacco control, Dr Mom contributed to a number of milestones in Cambodia, adoption of the Law on Tobacco Control 2015, removal of tobacco advertising from airport duty-free shops and launch of the Time’s Up, Tobacco! campaign, which empowered the youth to counter tobacco industry interference.

Five World No Tobacco Day Awards were also given to other organizations from the WHO Western Pacific Region for their outstanding contributions to the fight against tobacco use:

The RACGP’s contribution ranges from supporting tobacco cessation to advocacy around industry interference. The College developed a comprehensive resource for health professionals to support people to quit smoking. It also advocated against the introduction of heated tobacco products (HTPs) and sent out strong messages against the use of tobacco and electronic nicotine delivery systems (ENDS) by youth.

The National Tobacco Control Center under the Korea Health Promotion Institute is the country’s first and only policy advocacy institute for national and global tobacco control. The Center contributed to research and surveillance by establishing a tobacco marketing surveillance system that monitors the industry’s marketing tactics, providing the government with evidence to support tobacco control.

The Coalition for a Tobacco Free Palau has been instrumental in advancing tobacco control in Palau. The Coalition’s recent contributions include facilitating the drafting of amendments to expand smoke-free environments and to ban the importation and sale of ENDS and HTPs. It also supported applying the Pacific Tobacco Industry Interference Index to protect public health efforts and youth and others from tobacco industry manipulation.

Joint efforts of the Ministry of Health, the Health Promotion Board and the Health Science Authority have led to significant achievements in protecting youths from industry manipulation. These include enacting standardized packaging legislation, progressively raising the minimum age for tobacco sales and use from 18 to 21 years, and banning ENDS and HTPs.

The fight against tobacco, which kills more than 3 million people each year in the Western Pacific Region alone, is an ongoing battle. We must stay vigilant and continue our efforts to protect everyone, everywhere from the many harms caused by tobacco use and the tobacco industry.