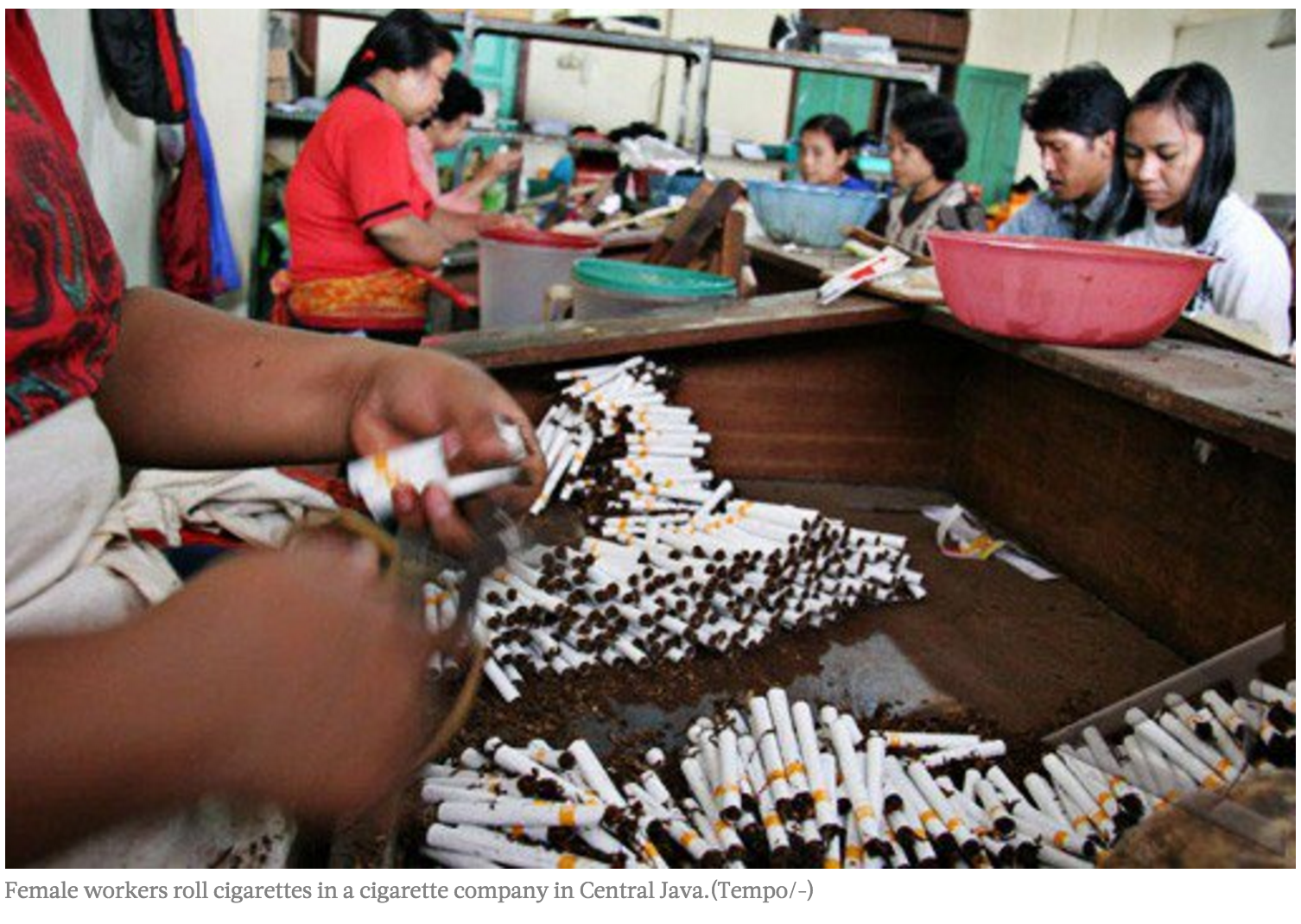 Plans to increase cigarette prices to Rp 50,000 (US$4) per pack from currently Rp 15,000, will be effective to reduce the number of smokers as it will be shock therapy for them, says a researcher.

University of Indonesia’s Demographic Institute researcher Abdillah Ahsan said the demand price elasticity for cigarettes varied between 0.1 and 0.8, depending on cigarette brands with the more closer to zero meaning the more inelastic prices were.

Abdillah said the price hike should be higher than 10 percent in order to be effective, otherwise it would not prevent smokers from purchasing cigarettes.

“The government can actually increase prices four fold to as high as Rp 60,000. But, such an increase would be of [the government’s] political prerogative,” he told The Jakarta Post on Monday.

According to him, the number of workers being employed by the cigarette industry account for only 2 percent of the country’s total labor market, however, the industry’s contribution to state excise revenues reaches 90 percent, therefore cigarette makers are seen to be shielded from strong political pressures. (dmr)