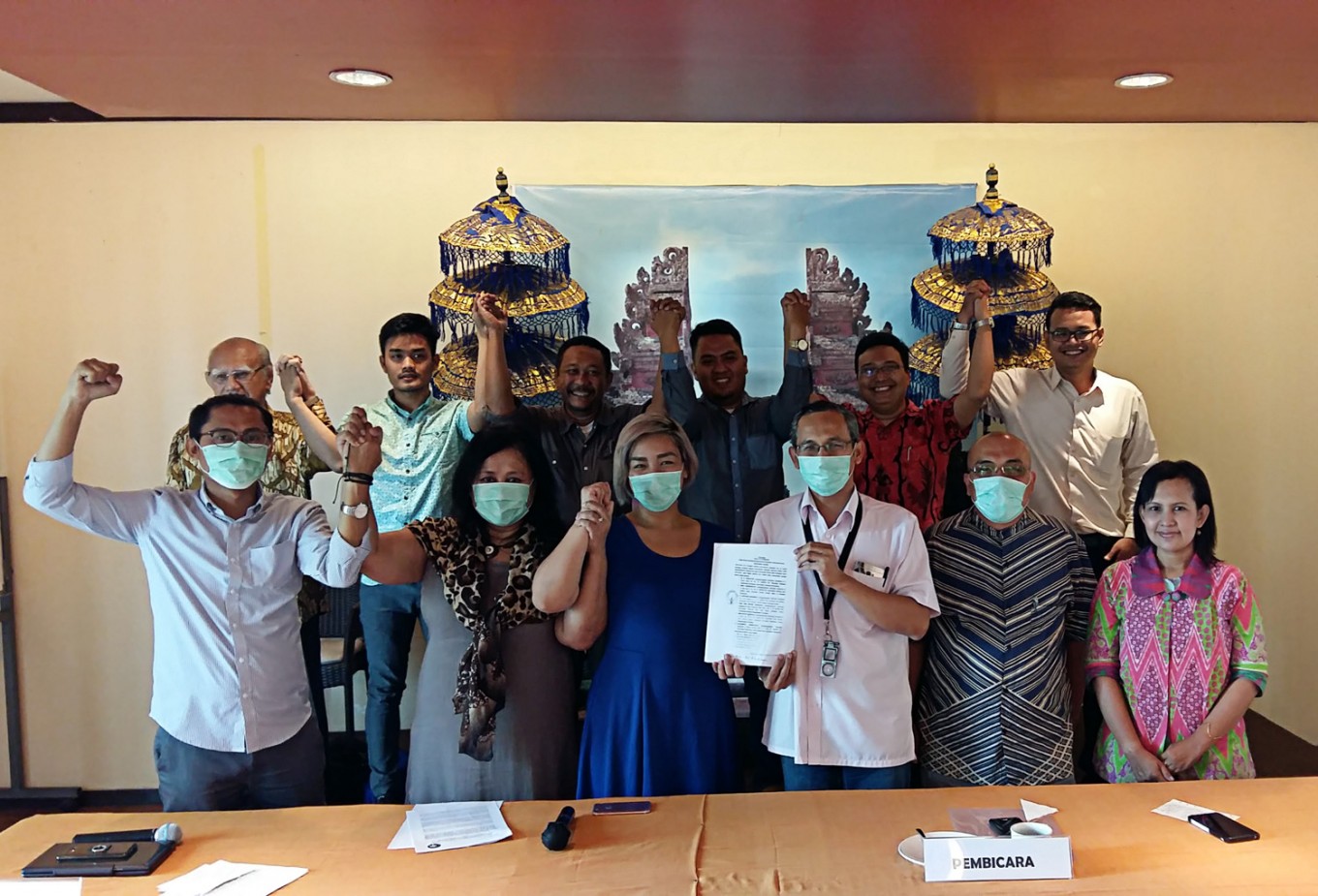 Victory — Indonesian anti-tobacco coalition members express their support following a decision by the Supreme Court to annul the Industry Ministry’s tobacco road map during a press conference in Jakarta on Tuesday. (JP/Anton Hermansyah)

The Supreme Court has annulled the Industry Ministry’s tobacco road map, which aimed to increase cigarette production by 5 to 7.4 percent per year, from 2015 to 2020.

Praising the court’s decision, an anti-tobacco coalition said all parties must be alerted of similar regulations in the future.

“The road map’s annulment is final. The industry minister [Airlangga Hartarto] can do nothing but revoke it,” the coalition’s spokesman, Tubagus Haryo Karbyanto, said in Jakarta on Tuesday.

Requesting the judicial review of a 2015 decree on the tobacco road map, Haryo said the Industry Ministry’s policy contravened five prevailing regulations, including the 1999 Human Rights Law, the 2002 Child Protection Law and the 2009 Health Law.

He further said if tobacco industry players followed the road map, Indonesia would produce 524.2 billion cigarettes per year from 2020.

The road map was not in line with the government’s target. Moreover, it was not stipulated clearly on the road map whether producers should export most of their products.

“We must still be aware of other similar rules in the future. The fight against tobacco is like a never-ending story,” Haryo said, adding that a notification letter on the road map annulment from the Supreme Court was received on Dec.6. (ebf)