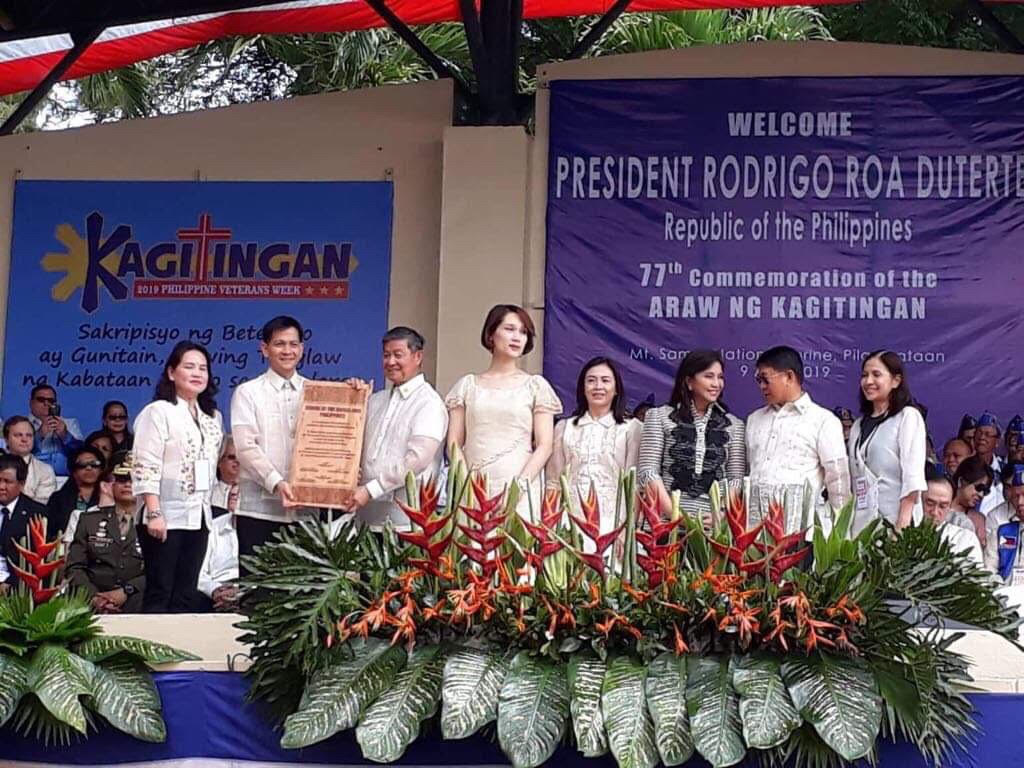 Bangkok, 12 April 2019: At this year’s commemoration of the Araw ng Kagitingan (Day of Valor) to mark the Fall of Bataan in 1942 and the bravery of Filipino and American soldiers during World War II, a marker declaring Mt. Samat National Shrine as a Shrine of Smoke-free Philippines was also launched to remember those who died prematurely from tobacco-caused diseases.

This declaration of the Dambana ng Kagitingan or Shrine of Valor as the Shrine of Smoke-free Philippines was welcomed by the Southeast Asia Tobacco Control Alliance (SEATCA) and the Smoke-free Cities Asia Pacific Network (SCAN).

“We congratulate the local government and residents of Pilar, Bataan. Mt. Samat stands as a beacon of heroism and gallantry for national liberation. Knowing that there are more than 16 million smokers in the Philippines and close to 150,000 succumb annually to preventable tobacco-related diseases, this tobacco-free national historical shrine in the Philippines symbolizes renewed commitment to be free from the scourge of tobacco,” said Villarreiz. “The battle to fully liberate our nation from the harms of tobacco continues,” she added.

With support from SEATCA, SCAN and the World Health Organization in the Western Pacific Region (WHO WPRO), the Municipality of Pilar, Bataan, with the leadership of Mayor Pizzaro, initiated the project to make Mt. Samat a Shrine of Smoke-free Philippines. This project was an outcome of the 6th Regional Meeting of Smoke-free Cities in the Asia Pacific Region held in Hoi An, Viet Nam in November 2018 participated in by Mayor Pizzaro.

This project also aims to promote local tourism through smoke-free environments and was supported by the Office of Congressman Garcia, the PVAO, the National Historical Commission of the Philippines (NCHP), Mt. Samat Flagship Tourism Enterprise Zone (FTEZ), and the Tourism Infrastructure and Enterprise Zone Authority (TIEZA).

According to the Philippine Department of Tourism (DOT), an average of 140,000 foreign and local tourists visit Mt. Samat National Shrine yearly. Multiple studies show that tourists prefer to travel to places with healthy and safe environments, and making a tourist spot 100% tobacco-free is a sure way to make it healthy for everyone. A non-smoking environment also aids in preserving old monuments and buildings and prevents littering the environment with cigarette butts.

About SEATCA
SEATCA is a multi-sectoral non-governmental alliance promoting health and saving lives by assisting ASEAN countries to accelerate and effectively implement the evidence-based tobacco control measures contained in the WHO FCTC. Acknowledged by governments, academic institutions, and civil society for its advancement of tobacco control movements in Southeast Asia, the WHO bestowed on SEATCA the World No Tobacco Day Award in 2004 and the WHO Director-General’s Special Recognition Award in 2014.