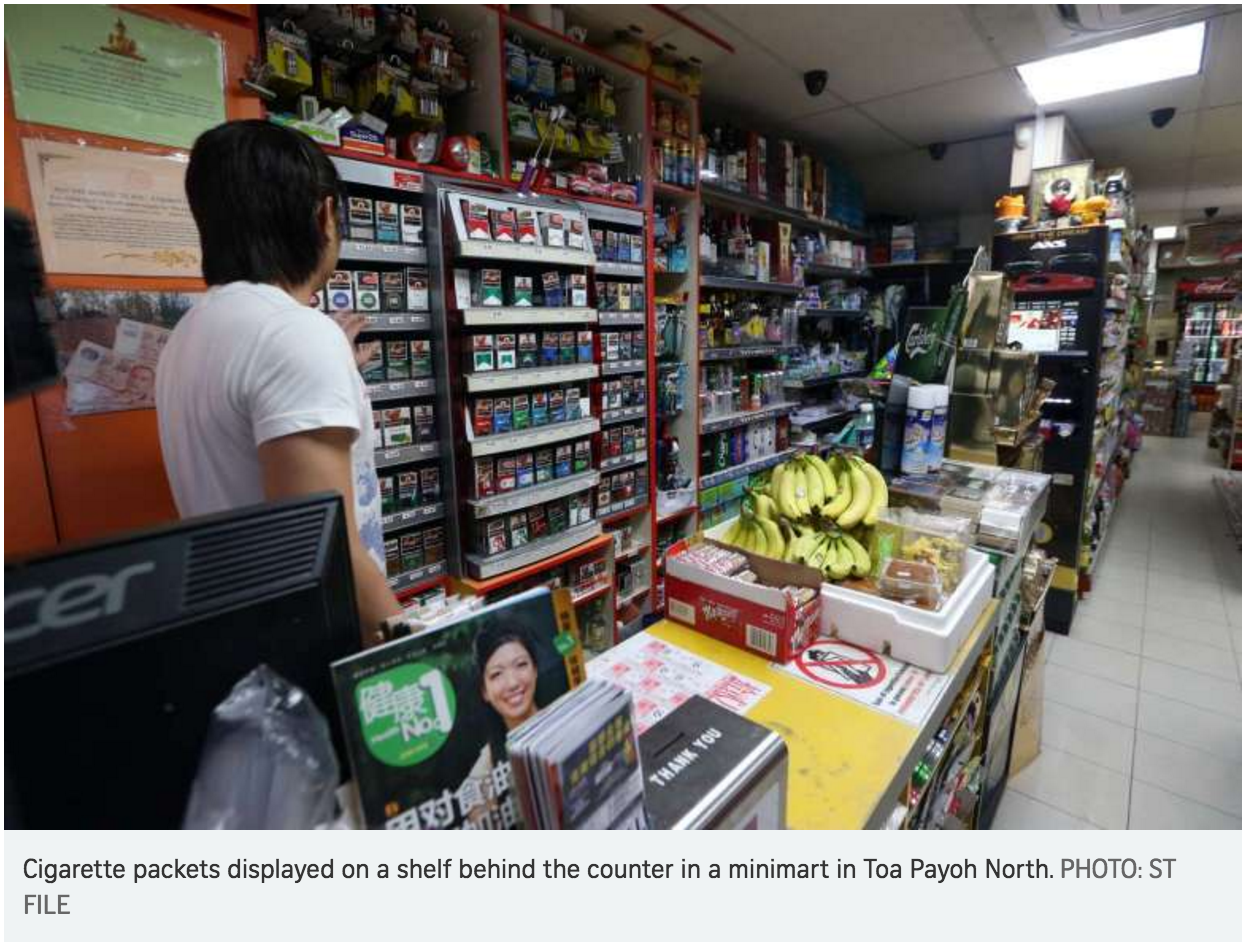 Retailers have a one-year grace period before the ban goes into effect, a joint statement by the Ministry of Health (MOH) and the Health Sciences Authority (HSA) on Thursday (July 28) said.

MOH has beefed up tobacco control measures in a bid to protect public health and reduce tobacco consumption, particularly among younger Singaporeans.

These include previously announced amendments to the Tobacco (Control of Advertisements and Sale) Act on Monday (Aug 1), such as bans on emerging tobacco products and shisha.

MOH said the point-of-sale display ban on tobacco products aims to reduce the exposure of non-smokers, especially among the young, to the advertising effect of tobacco product displays.

General tobacco retailers will be required to use plain, undecorated storage devices to keep tobacco products within their premises out of the direct line of sight of the public and potential customers.

A text-only price list, which must fulfil MOH’s requirements, may be shown, but only upon customers’ request.

MOH noted that globally, there has been a marked increase in the popularity of e-cigarettes, especially among young people.

The amended Act extends existing restrictions on e-cigarettes to include newer varieties which do not necessarily bear a physical resemblance to cigarettes or other tobacco products.

The component parts of such products will also be banned to prevent retailers from importing them and reassembling them locally for sale.

Existing prohibitions on advertisements for tobacco products will also be extended to cover advertising for e-cigarettes and similar products.

The ban on advertising for tobacco products, e-cigarettes and similar products will also be extended to advertisements published electronically, MOH said.

Advertisements and sales promotions originating from Singapore, whether targeting local or foreign audiences, and advertisements from outside Singapore which can be accessed by people in Singapore, will now be banned.

A ban on emerging tobacco products first imposed in June last year will now be extended to include the likes of nasal snuff, oral snuff and gutkha.

From Monday, the grace period for importers and retailers on the ban on shisha – first imposed in November 2014 – comes to an end.

Existing licensed tobacco importers and retailers who import or sell shisha will be prohibited from importing, wholesaling or retailing the product.

MOH said that any person who contravenes either the ban on emerging tobacco products or the ban on shisha can be fined up to $10,000, imprisoned up to six months, or both.

In the case of a second or subsequent conviction, they could face a fine of up to $20,000, imprisonment of up to 12 months, or both.

Members of the public who have information on the import, distribution, sale or offer for sale of emerging tobacco products or shisha can call the reporting line at 6684 2036 or 6684 2037 during office hours.

MOH said it remains committed to lowering smoking prevalence in Singapore through a multi-pronged approach towards tackling tobacco use. This, it said, includes public education, restrictions on tobacco advertising, easy access to smoking cessation services and taxation.