Bangkok/02 August 2013: Mr. Chatchawan Monthatipkul, representative of the Thai Youth Network, questioned Philip Morris International-PMI (Thailand) and Japan Tobacco International-JTI (Thailand) efforts to avoid compliance with Thai domestic laws and asked the two companies to withdraw the lawsuit against Ministry of Public Health on the regulation requiring 85% pictorial health warnings(PHW) on cigarette packages. He said that in the end, the tobacco companies are merely trying to replace customers killed by tobacco products by enticing more children to take up the toxic habit. 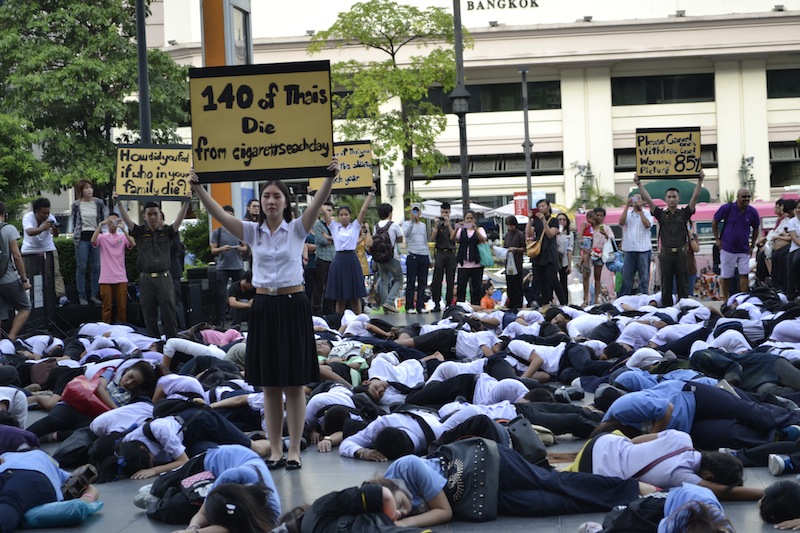 In a letter addressed to PMI and JTI, Mr. Chatchawan said “We are well aware that the tobacco industries are gravely concerned on a decreased cigarette sales volume as a result of the 85% pictorial health warning regulation. The new warning will result in clearer facts to consumers. In particular, it will raise awareness to Thai children and youth, who are their targets, not to initiate smoking.” Currently there are already 2,200,000 Thai children and youth who are smokers. There are 10 million adult smokers, thus the industry will continue to gain major profits from them in the coming decades.

The Thai Youth Network, representing 11 other youth organizations, are urging PMI and JTI to withdraw the lawsuit against Ministry of Public Health Thailand on the case of 85% PHW on cigarette packages regulation. They are also asking them to comply with the Tobacco Control Law of Thailand. 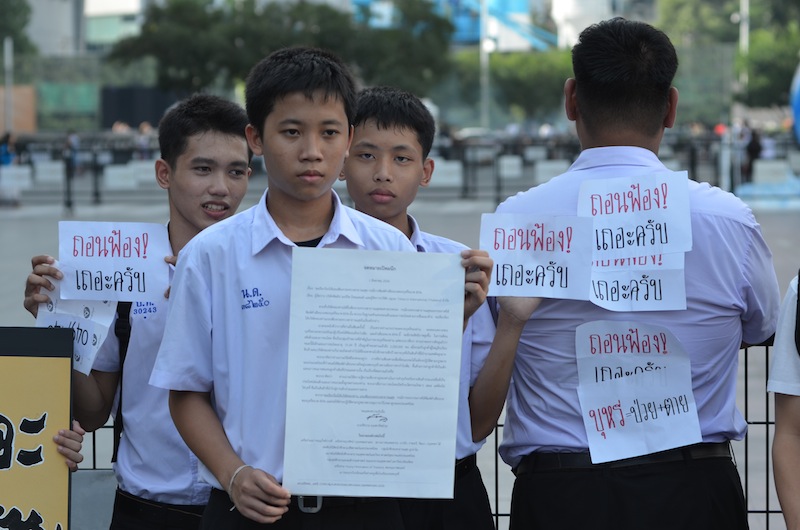 Around 140 students and youth network members organized a protest rally at the World Trade Center yesterday(images attached), where Philip Morris’ offices are. This activity sought to alert the public that there are 140 deaths daily due to tobacco related diseases and requested the tobacco industries to withdraw the lawsuit.(Ends).