Last July 28 – 30, the 13th National Conference on Tobacco or Health was held with the theme: “Raising Tobacco Taxes Reduces Smoker and Death“. The three-day conference provided updates, information on the TC movement and current advocacies of various organizations in Thailand. Although the main focus this year was tobacco taxation, other related issues in tobacco control, eg. 85% PHWs litigation and TI-CSR, were discussed in the conference.

The session on TI-CSR, Mr. Jalal Ramelan, a CSR expert from Indonesia, presented on “The Truth about Tobacco Industry and Corporate Social Responsibility”.  According to him, TI-CSR is fake CSR because it does not adhere to the principles and core subjects of ISO26000 (Social Responsibility). CSR experts have proven that the TI is among the harmful and controversial industries. TI is a socially irresponsible industry,
its CSR is fake and its marketing strategies is to gain good image in society. Investing in TI is irresponsible and unethical, therefore the TI never passes screening of all socially responsible investment (SRI) indexes. With regards to CSR Performance, TI is considered the least responsible sector (2007) and no CSR expert considers them as a responsible sector (2011), respectively. Therefore, TI-CSR should be banned. 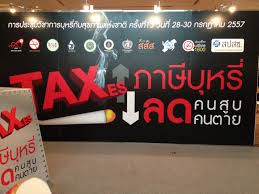