The Centers for Disease Control and Prevention and state agencies have reported 2,602 lung injury cases that required hospitalization and 59 deaths linked to vaping.

Several states and cities have announced or enacted vaping bans in response to the recent illnesses and deaths.

Patients with vaping-related lung injuries typically show up in emergency rooms with shortness of breath after several days of symptoms that resemble flu or pneumonia.

Below, a CT scan of a patient in Utah whose lungs were injured from vaping.

Seventy percent of those who became ill were male:

No single substance has been shown to cause the illness, but several marijuana products have been identified as possible causes.

A study of 86 lung-injury patients in Wisconsin and Illinois found that 87 percent reported using vaping products that contained THC.

“Dank Vapes” was the most commonly reported brand name, but that brand is one of many illicit labels that sellers can find online and slap on products. 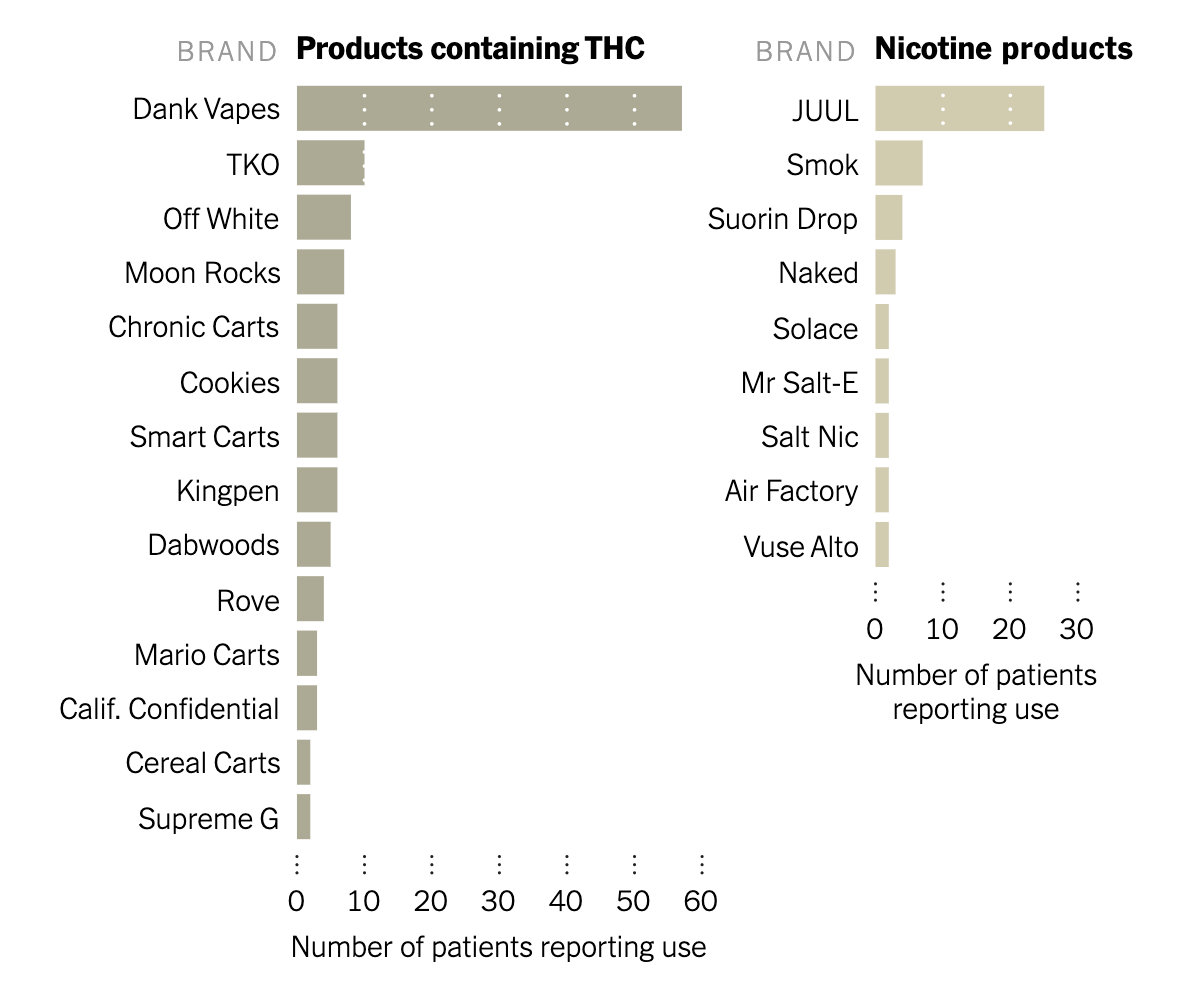 Vaping Use Among Teens

Teen vaping rates rose sharply this year, and a quarter of 12th grade students say they have used nicotine vaping products in the last month. More than 120 lung injury patients have been under 18.