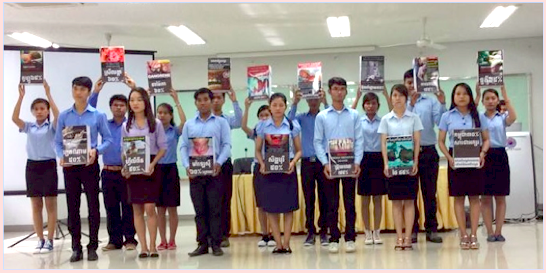 In 2009, Cambodia required 30% text-only warnings on all packs. Based on the new Law on Tobacco Control promulgated by the King in May 2015, MoH is developed a draft Sub-Decree complying with the Article 10 requiring PHW covering not less than 50% of the cigarettes packs. This draft Sub-Decree had already gone through reviews by a technical team and the next step is to be submitted to the Council of Minister for approval. The TI is raising some arguments via several channels claiming that PHW will cause impact on government tax revenue.

There is no evidence that applying pictorial warnings on packs will have negative impact on government tax revenues. Although smoking prevalence is decreasing, the number of smokers remains the same (NATSC-2006 Vs. NATSC-2011). However the government tax revenues can be increased when the government raises tobacco tax. No country has suffered from the loss of tax revenues due to tobacco control measures. For more information on the activity, email Dr. Kong at kongmom@ymail.com.