KUALA LUMPUR: Effective tomorrow (Wednesday), cigarette brands under British American Tobacco Malaysia (BAT Malaysia) which include Dunhill, Lucky Strike and Pall Mall are set to go up to as high as RM18.

This was announced by BAT Malaysia tonight in response to an increase by the government on cigarette excise by more than 40 per cent. 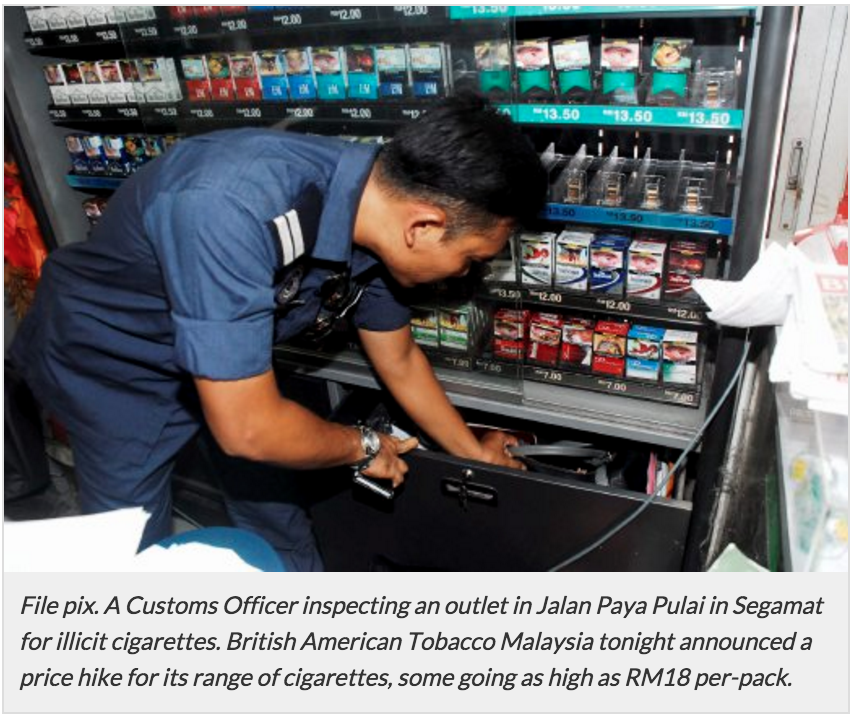 Previously, brands such as Dunhill had been priced at RM13.80 per pack.

In a statement tonight, BAT expressed “extreme disappointment and shock” over what it described was a “massive unprecedented” increase in the cigarette excise, effective Nov 3.

“The tobacco industry has already been hit by a huge 12 per cent increase in cigarette excise just a year ago on Nov 1.

“This was followed by the implementation of the Goods and Services Tax at six per cent beginning April 1 this year,” said BAT Malaysia managing director Stefano Clini.

Clini said the legal tobacco market has declined by 10 per cent on a September year-to-date basis.

“This extreme hike done against the backdrop of both weakened economy and consumer sentiments will definitely fuel further an already high level of illegal cigarettes, where one in three packs is illegal.

“We cannot imagine the impact that this increase in excise will have on the industry.”

Related Article: What RM17 pack of cigs can buy