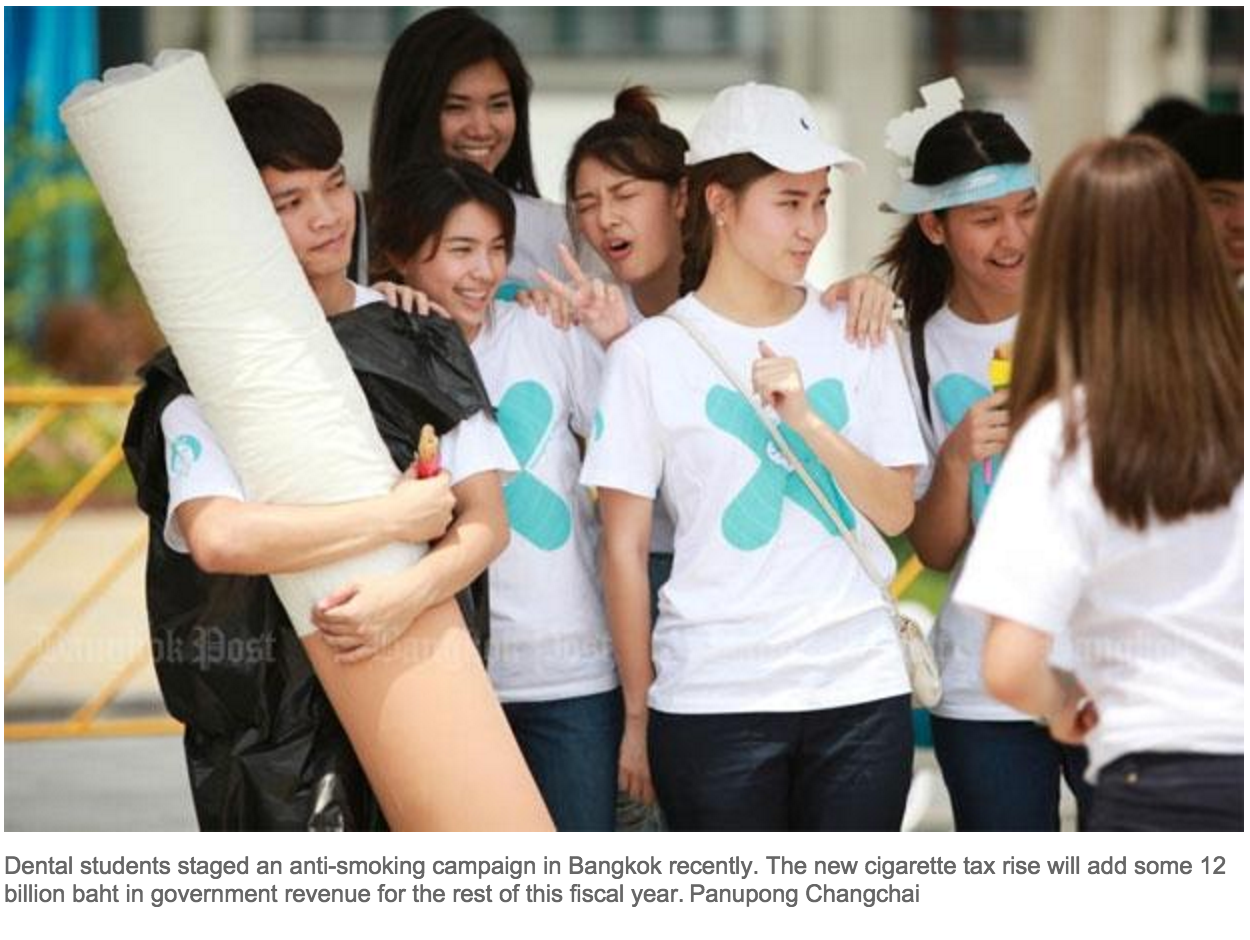 Smokers must now pay an additional 5-10 baht per pack after a new cigarette excise tax rise came into effect from midnight last night.

A source at the Government House said even the retail price of cigarettes imported from China had been increased by 10 baht a pack.

The cabinet yesterday agreed to the cigarette excise tax hike, which targets both value and volume, in hopes of reducing cigarette consumption.

The tax rise will add an estimated 12 billion baht in government revenue for the remaining period of this fiscal year and 15 billion annually for the following fiscal years.

In another development, the cabinet yesterday approved value-added tax waivers for unprocessed gemstone imports and a personal income tax exemption for individual traders who sell such gemstones. The move aims to help promote the country’s gems and jewellery industry.

According to government spokesman Samsern Kaewkamnerd, the importation of gemstones is essential as domestic supplies cannot meet commercial and industrial demand.

The cabinet further approved the Commerce Ministry’s request for an extra 1.5 billion baht to finance its three-year development plan under the government’s local economy strategy.

Of the total, 620 million baht will go to financing projects handled by the Internal Trade Department such as the smart farmer scheme, community markets, farm distribution centres and promotion of geographical indication products.

The remaining 880 million baht will be set aside to fund the global economy strategy of the International Trade Promotion Department.

The strategy aims to support the Made in Asean initiative, which holds certain products to the same quality standards throughout the region and intensifiesmarketing activity in target destinations such as Cambodia, Laos, Myanmar and Vietnam.

The cabinet also approved 2.5 billion baht in soft loans for the Bank for Agriculture and Agricultural Cooperatives, which will be extendedto agricultural co-operatives and cassava growers. The move aims to persuade them to delay their annual harvest, which runs from November to April.