SINGAPORE Emerging tobacco products such as smokeless cigarettes will be banned from Dec 15 this year, and the ban will be extended to cover more products such as oral snuff from Aug 1, next year. 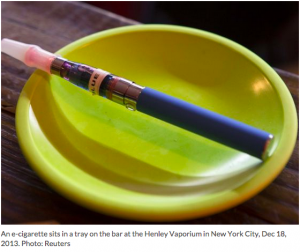 Any product containing nicotine or tobacco that may be used topically for application, by implant or injected into any parts of the body will also be banned, while any solution or substance where tobacco or nicotine is a constituent, that is intended to be used with an electronic nicotine delivery system or a vaporiser, commonly referred to as e-cigarettes, will also be banned.

Tobacco-containing products, tobacco derivates, or medicinal products registered under the Medicines Act are excluded from the ban.

From Aug 1 next year, the ban will extend to emerging tobacco products existing in the local market. This is to allow for businesses to adjust their operating models and deplete their existing stocks of such products, said the Ministry of Health (MOH) in a press release today (June 15).

The affected products include nasal snuff, oral snuff, as well as gutkha, khaini and zarda, which are chewable tobacco products.

The ban is a pre-emptive measure to protect public health against the known and potential harms of such products and is part of ongoing enhancements to existing tobacco control efforts in Singapore, said the MOH.

The ban is also aimed at ensuring that the targeted emerging tobacco products do not gain a foothold or become entrenched in the Singapore market, said the ministry.

The ban will be implemented via the Prohibited Tobacco Products Regulations made under Section 15 of the Tobacco (Control of Advertisements and Sale) Act.

It was announced in March that the Government was looking at banning emerging tobacco products to curb more young people from picking up smoking.