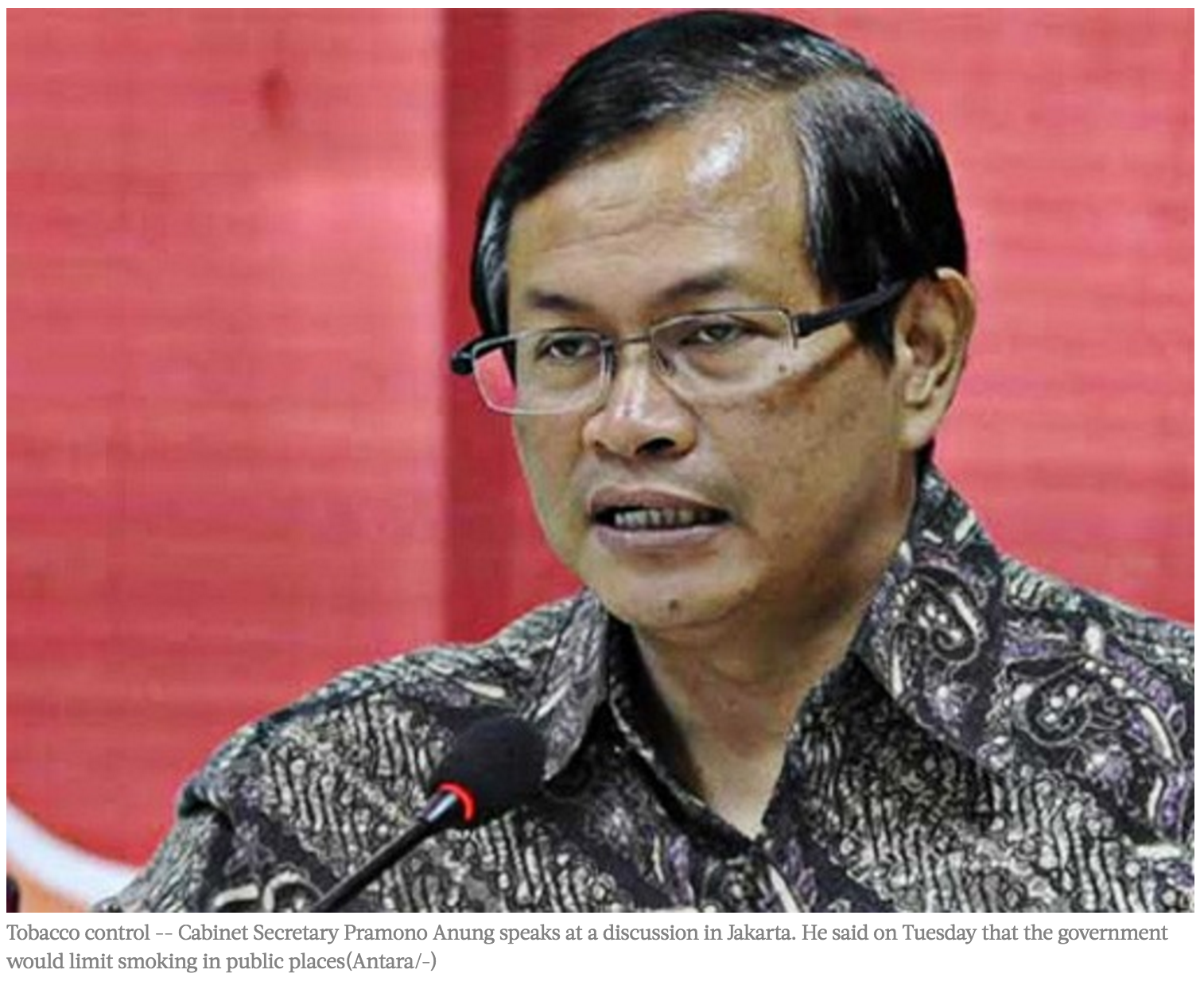 The government is set to limit smoking in public places for the sake of the health of the nation’s younger generation.

Speaking after a limited meeting on the World Health Organization’s Framework Convention on Tobacco Control (FCTC) on Tuesday, Cabinet Secretary Pramono Anung said extending non-smoking areas was among the measures, including tobacco import cuts and excise rate increases, the government would take to curb the health impacts of cigarette smoking.

“So in public spaces, smoking areas will be reduced,” said Pramono after the meeting at the State Palace.

Earlier, President Joko “Jokowi” acknowledged that Indonesia was the only country in Asia that had not ratified the framework. According to the WHO, 180 countries, representing 90 percent of the world’s population, have ratified the FCTC as of July 2013.

The President said the Indonesian government was willing to ratify the FCTC, however, it did not want to consider it deeply first and not only ratify the convention because other countries had done so.

“We have to really look at our national interests, especially our citizens affected by health-related problems and also for the future of our younger generations,” Jokowi said.

He said Indonesia must consider tobacco farmers and workers who depended on the industry for their livelihoods.

The FCTC contains provisions on pricing, smoke-free areas, cigarette packaging and labeling, and taxation and prohibition of advertising, promotions and sponsorship. It also has provisions on the handling of illegal cigarettes and assistance for tobacco farmers and cigarette industry workers. (ebf)