KUALA LUMPUR Smokers will soon no longer be allowed to light up at all eateries across Malaysia, even in open air premises, the Health Ministry said. 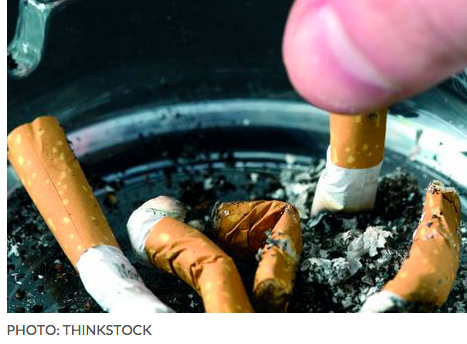 According to The Star today (May 9), the ministry said the ban will include even mamak stalls and food courts, apart from air-conditioned restaurants.

Other areas to be gazetted as no smoking zones are all public and national parks, and even theme parks, the daily wrote.

Citing a post on the ministrys website, The Star report said the ban is in line with guidelines in the World Health Organisations Framework Convention for Tobacco Control, of which Malaysia is a signatory.

The daily also cited estimates from the ministry claiming that 100,000 Malaysians die every year from smoke-related illnesses.

Findings in 2011 by the Global Adult Tobacco Survey carried out in Malaysia showed that 83.5 per cent of respondents want all public places to be 100 per cent smoke free, The Star cited the ministry as saying.

Despite the findings, however, the public are encouraged to offer its feedback on whether smokers should be allowed smoke in special designated areas in eateries or be banned completely from lighting up.

Feedback on whether there should be designated smoking areas at public parks, and on who should be held responsible for any flouting of the ban ― restaurant operators or smokers is also encouraged.

The public can give their views to the ministrys website until May 18.

According to the daily, a number of coffeeshop associations and restaurant owners are also protesting the ban, with some calling for it to be implemented gradually.

Last year, the ministry gazetted the ban on smoking at all rest areas and recreational spots along highways, as well as sheltered walkways in the city centre. MALAY MAIL ONLINE