Dr. Michael Sparks, President of the International Union of Health Promotion and Education (IUHPE) and the Chairman of the 21st IUHPE World Conference on Health Promotion held in Pattaya, Thailand this week, said the conference committee and more than 1,000 delegates from 81 countries strongly support the Ministry of Public Health of Thailand to have strong measures to protect Thai children and youth from tobacco addiction. Increasing pictorial warnings from 55% to 85% is a fundamental measure to educate the public on the danger of tobacco use which multiplies the effectiveness of other tobacco control policies such as taxation and smoke free environment.

“Half a century of research has shown that tobacco is the single most lethal product available legally in the world.  It kills six million each year. It is the responsibility of a nation’s government to regulate tobacco product and protect the health of its population. Strong tobacco control measures are very much in line with the conference theme, Best Investments for Health, which emphasizes the need to increase the economy, productivity, health and well-being of the people. As Thailand is a model country with strong tobacco control measures and is a party to WHO FCTC, I believe that the reason why tobacco industry threatens Thailand at the court is because they don’t want Thailand to lead the way in having 85% pictorial warnings. They are afraid that other countries will follow which will lead to the decline of their sale. The IUHPE fully support Ministry of Health, Thailand to stand firm with this regulation.” 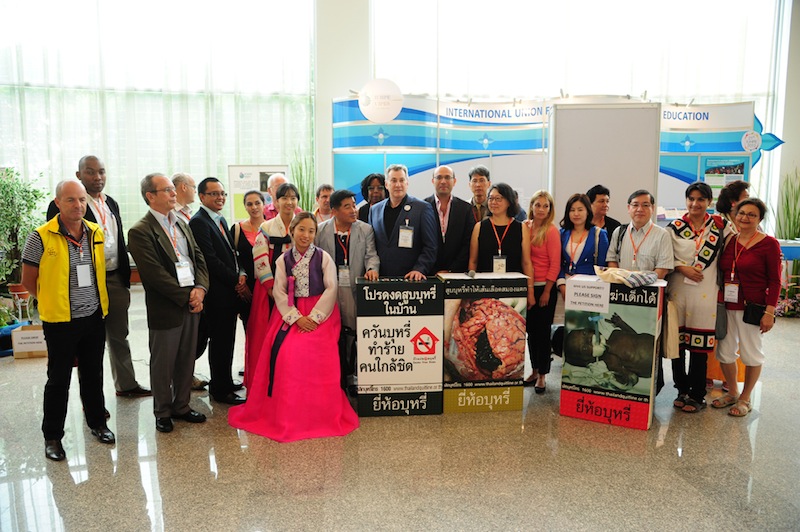