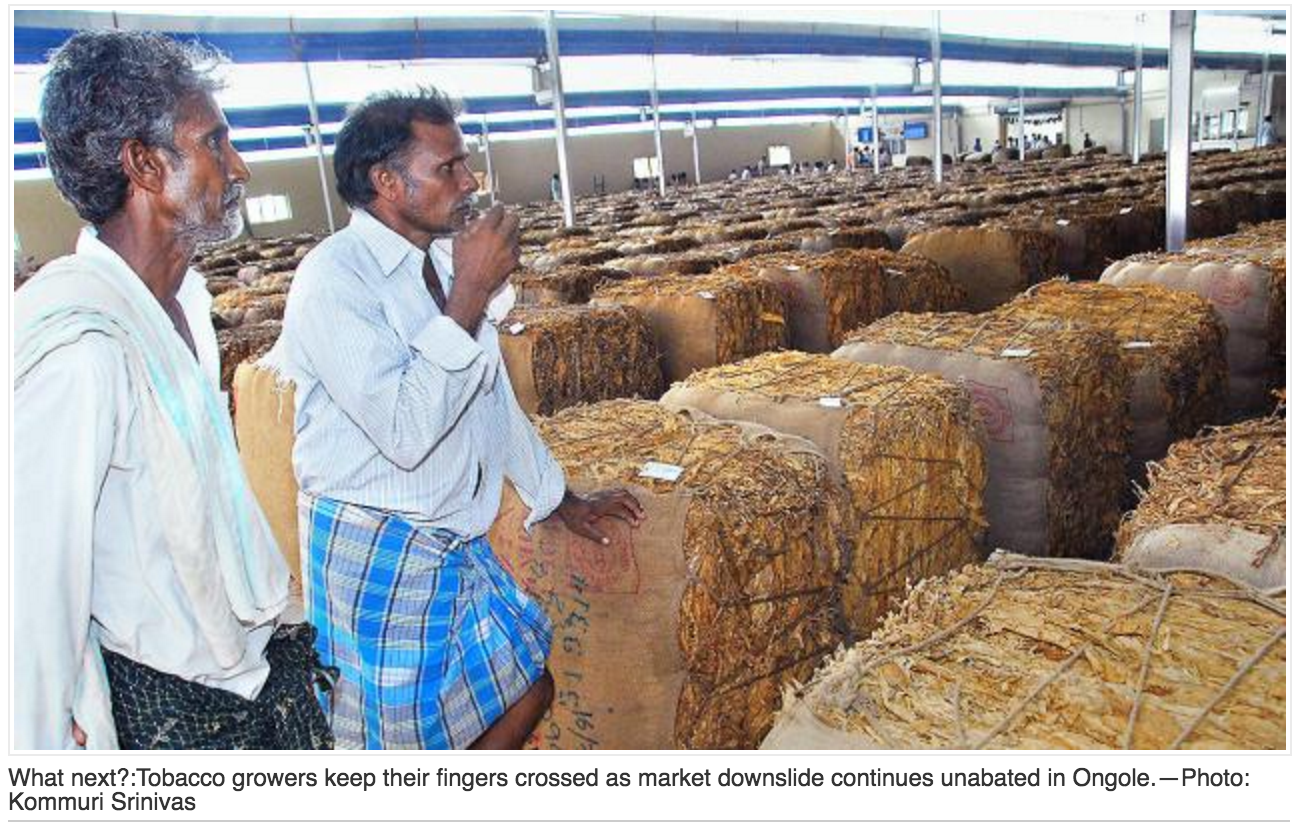 Many of them begin cultivation of sesame, green gram, and green manure crops in a big way

There seems to be no end to the woes of tobacco growers in Prakasam district as the market slide continues in the wake of cigarette manufacturers stopping production following the Union Health Ministry’s notification making mandatory a larger pictorial warning on the packets.

Tobacco farming was a rage in the district three years ago, thanks to the non-remunerative price for Bengal gram, the other crop which thrives in drought conditions.

But now, growers have decided to call it quits, having burnt their fingers for the second consecutive year, irrespective of whether or not the Centre announces compensation for those volunteering to dismantle tobacco barns, the primary processing unit, according to a group of farmers coming under the Ongole I auction platform.

“If the present trend continues, tobacco growers may end up getting less than Rs.100 per kg and incurring losses this year too,” opines former Tobacco Board member Ch. Ranga Rao.

While the cost of all farm inputs keeps going up year after year, the market price keeps going south, he observes.

“Farmers are forced to take a part of their produce back home since there are no takers, especially for ‘dark green’ and DX2 varieties of tobacco,” adds another former Tobacco Board member M. Bangarababu.

“The loss per barn is likely to be Rs.1.50 lakh for tenant farmers and Rs. 1 lakh for farmers who own land and barn,” he fears.

“It is unfortunate that both the Union and State governments are indifferent to the plight of the peasants,” laments Virginia Tobacco Growers Welfare Association president Ch. Seshaiah.

He was upset over Agriculture Minister P. Pulla Rao’s promise during his visit to Ongole II auction platform that he would lead a delegation to New Delhi to impress upon Union Commerce Minister Nirmala Sitharaman to intervene not materialising for different reasons. Taking advantage of the wet spell, farmers in the traditional tobacco-growing areas have begun cultivation of sesame, green gram, and green manure crops in a big way, according to Agriculture Joint Director J. Muralikrishna.

More farmers are likely to go for Bengal gram during rabi, thanks to the remunerative price for the pulse crop, he adds.

As per the revised estimates, the tobacco production has been lower by about five million kg this year in the SLS and SBS regions.