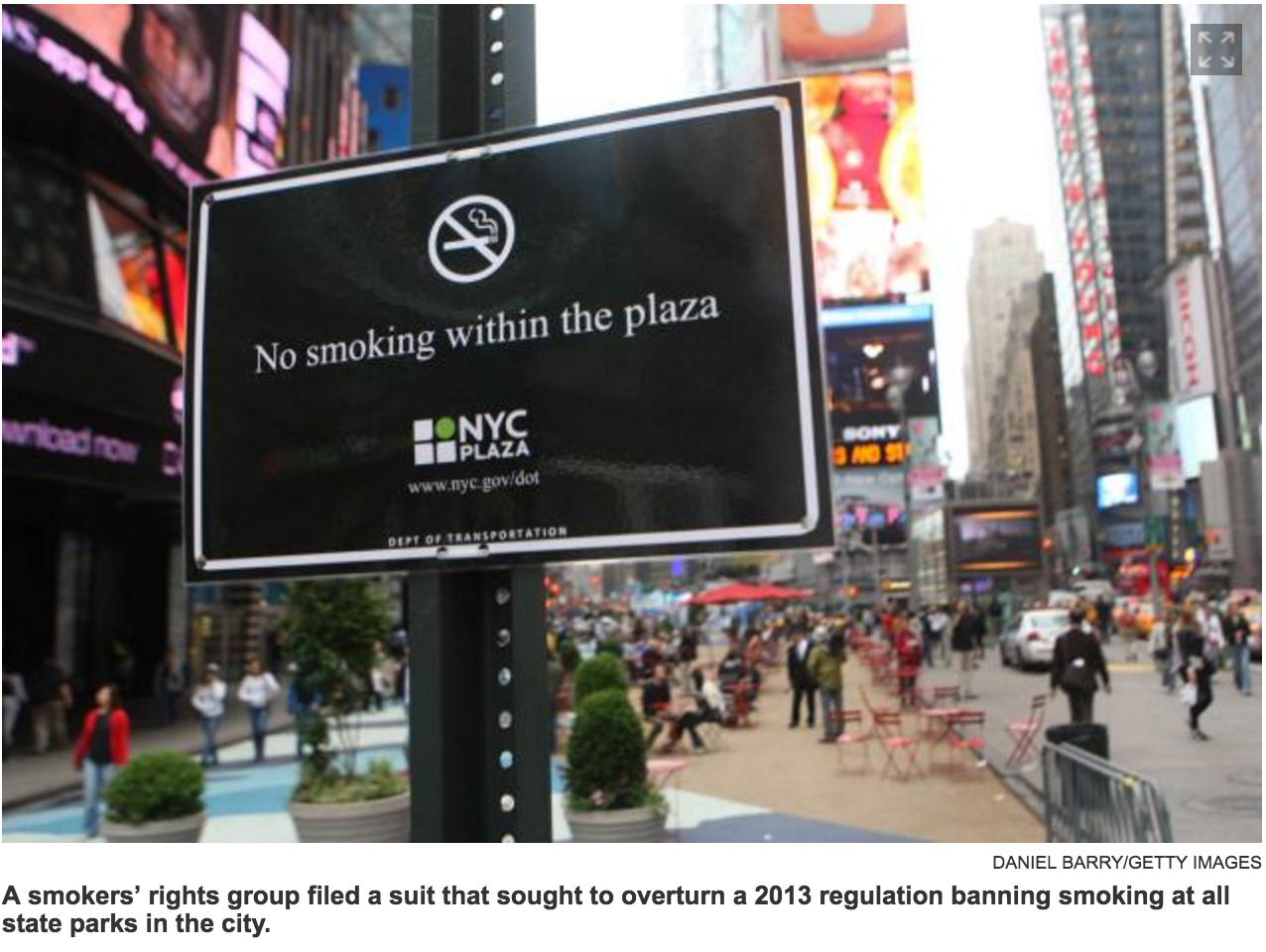 New York’s highest court on Thursday upheld a ban on smoking in state parks in the city.

The Court of Appeals, in a unanimous ruling, rejected a lawsuit brought by a smokers’ rights group — Citizens Lobbying Against Smoker Harassment (CLASH) — that sought to overturn a 2013 regulation banning smoking at all state parks in the city and selected areas of other parks elsewhere in the state.

“The exercise of an individual right is not limitless,” the court ruled. “We may measure its limits against the damage it does to our neighbors.” 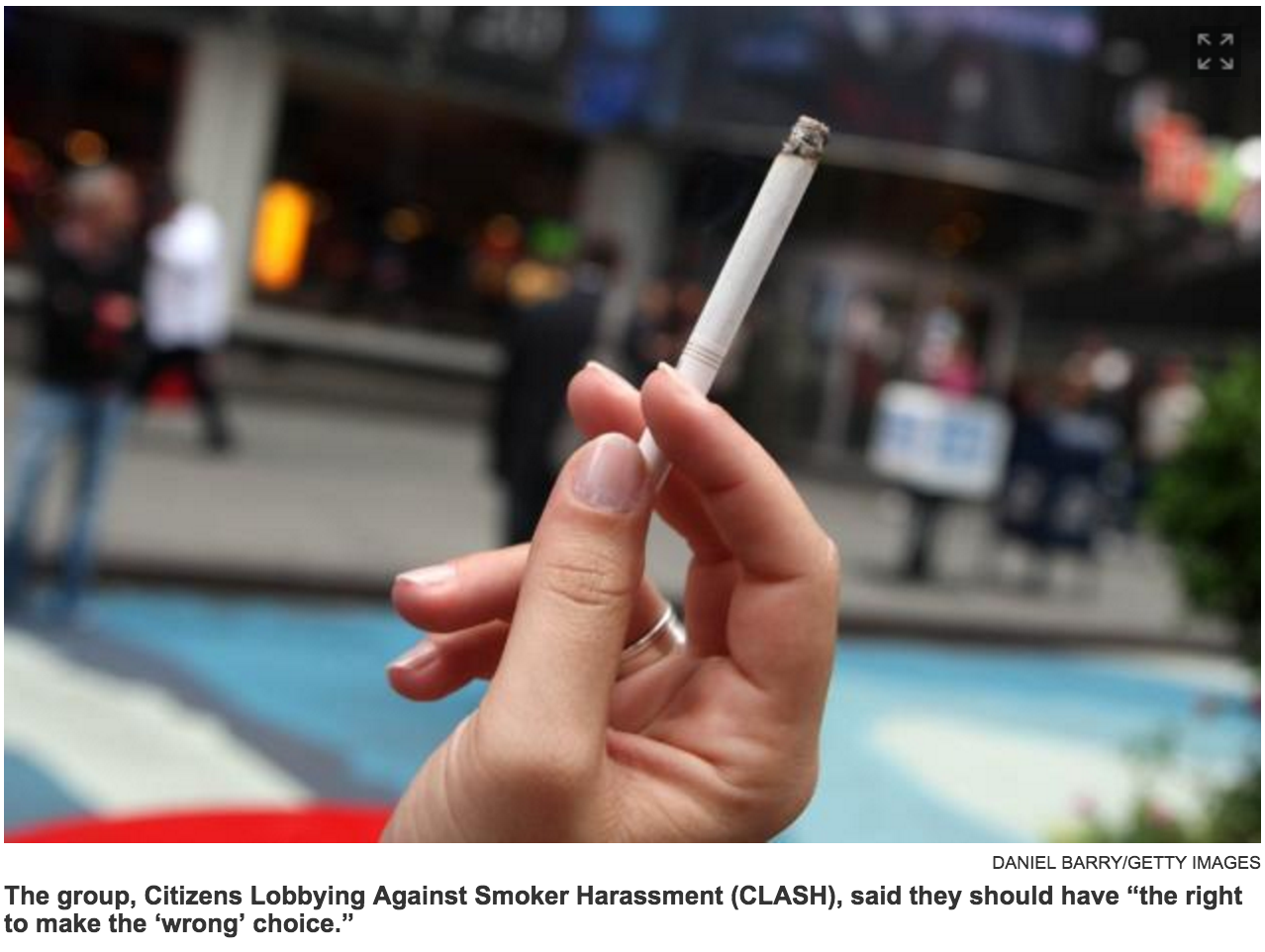 In its lawsuit, CLASH argued that the regulation infringed on personal autonomy and “the right to make the ‘wrong’ choice.”

CLASH founder Audrey Silk said the decision was “not just a loss for us but for everyone when an unelected body is allowed to ignore the will of the lawmakers elected to represent us.”