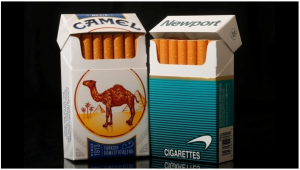 TALLAHASSEE, Fla. – In a defeat for the tobacco industry, the Florida Supreme Court on Thursday opened cigarette makers to more potential punitive damages in lawsuits stemming from smokers’ illnesses or deaths.

The ruling came in an Alachua County case that involved the 1992 death of a smoker, but it also would apply to other tobacco lawsuits that have flooded the legal system during the past decade. Those lawsuits are known in the legal world as “Engle progeny” cases and are an outgrowth of a 2006 Florida Supreme Court decision that established crucial findings about the dangers of smoking and misrepresentation by cigarette makers.

Resolving conflicting decisions from lower courts, the Supreme Court on Thursday found that plaintiffs in the cases can seek punitive damages against tobacco companies based on legal claims of negligence and strict liability. In doing so, the court rejected the arguments of R.J. Reynolds Tobacco Co., which said punitive damages should be limited to issues involving concealment and conspiracy.

“We conclude that there is no legal or principled basis for denying Engle progeny plaintiffs the right to pursue punitive damages on all properly pled counts,” said the 33-page ruling, written by Justice Barbara Pariente and joined fully by Chief Justice Jorge Labarga and justices R. Fred Lewis, Peggy Quince, Ricky Polston and James E.C. Perry. Justice Charles Canady agreed in the result but did not sign on to the opinion.

The Alachua County case was filed by Lucille Soffer, whose husband, Maurice, died in May 1992 because of lung cancer, the Supreme Court ruling said. A jury found R.J. Reynolds liable based on negligence and strict liability and awarded $5 million in what are known as “compensatory” damages. The jury, however, said Maurice Soffer was 60 percent at fault, so the judgment against R.J. Reynolds was set at $2 million.

Punitive damages are a form of punishment and can multiply the amounts of money awarded in compensatory damages. The Supreme Court ruling doesn’t detail the reasons for the compensatory damages in the Soffer case, but generally they are geared toward compensating plaintiffs for such things as financial losses or injuries.

“(Allowing) progeny plaintiffs to pursue expanded claims for strict liability and negligence would be profoundly unfair to the Engle defendants,” the company said in a 2014 court filing. “Two decades ago, the Engle (class action) complaint put defendants on notice that they faced only compensatory damages on the class’ claims for strict liability and negligence, and that they faced vastly broader exposure to punitive damages only on the class’ intentional-tort (concealment and conspiracy) claims.”

In that filing, R.J. Reynolds said more than 8,000 Engle progeny cases had been filed, with more than 4,000 pending at the time in state and federal courts.

In its ruling Thursday, the Supreme Court sent the Soffer case back to circuit court for a trial limited to whether punitive damages should be awarded on the negligence and strict-liability claims.

“We emphasize that Soffer still must satisfy the statutory requirements to demonstrate entitlement to punitive damages under these theories, including that the trier of fact must find, based on clear and convincing evidence, that R.J. Reynolds was ‘personally guilty of intentional misconduct or gross negligence,’ ” Pariente wrote, quoting part of state law.